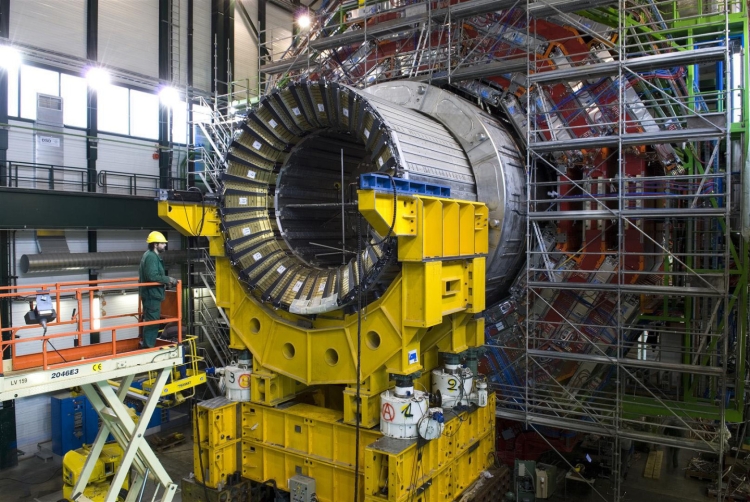 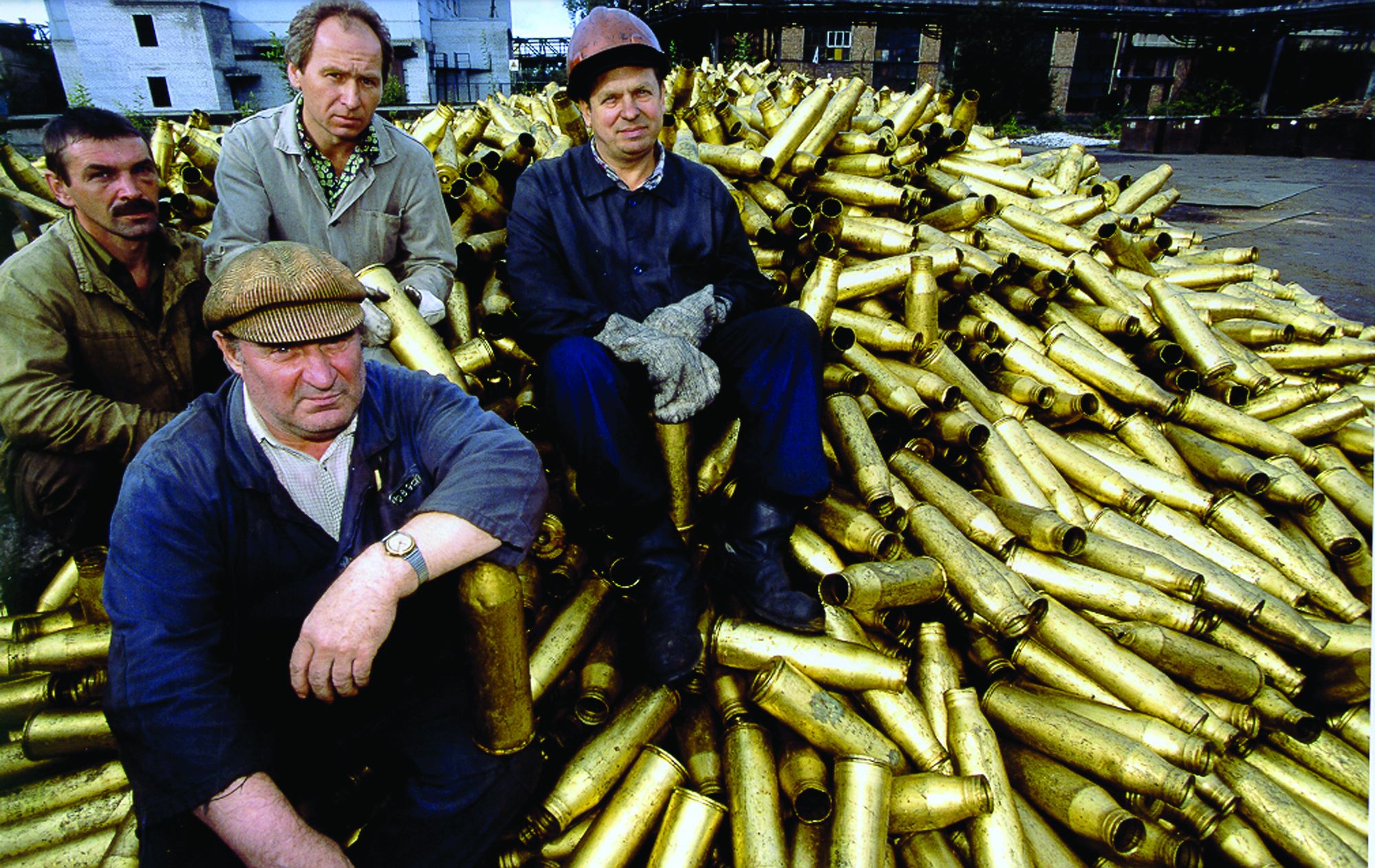 Constructing the endcap HCAL (HE) was the responsibility of the Russian and Dubna (RDMS) groups. The endcaps consist of 17 layers of dense absorber plates that take energy from hadrons and muons emerging from collisions and, together with plastic scintillator plates, give a measure of the particles’ energies.

Because the plates are so large and heavy the teams knew that within the experiment they would be under high levels of stress; yet, to maintain their position relative to the beam pipe for as long as 15 years, they couldn’t bend. The material eventually chosen for the plates was brass, in layers 50 mm thick.

But they needed brass of such high quality that it was practically impossible to find and was an expensive material. When Russian engineers discussed the question, one remembered a study carried out on the properties of brass made for military artillery use that sounded promising.

In Russian military storage there were thousands of shells made of brass that would fit such stringent requirements – all 50 years old, made by the Navy and designed to stand internal high stress and sea storage aboard a 1940s Navy Vessel. The shells could be melted for use in the HCAL.

The first hurdle involved obtaining permission of the Commander of the Navy, never easy, but who in fact agreed fairly quickly. Fifteen navy arsenals began recycling their shells, many being off-loaded from battleships in Murmansk to begin their new scientific life as absorber plates within CMS.

First the shells were sent to a plant in the North of Russia to be disarmed of their explosive contents. The shell casings were then stored at JSC Krasnyj Vyborzhets in St. Petersburg before being melted down and rolled into plates, a difficult process given that the brass was already semi-processed.

Over a million World War II brass shell casings were melted down to make the detector components. But when even this fell short of the massive 600 tonnes of brass needed to make the endcaps, the US agreed to provide a further $1 million in copper (brass being an alloy of copper and zinc) to complete the endcaps. As an example of the international cooperation and mutual trust fostered through this work, even this deal was agreed to on an amicable "handshake" basis.

In Minsk, Belarus, the brass was machined into absorber plates and finally pre assembled into parts of the endcaps, weighing 300 tonnes each, before being sent to CERN. Dollezhal Research and Development Institute of Power Engineering (NIKIET) coordinated the efforts of the Northern Navy and the companies involved, and ran 1400 tests to ensure the material was of high quality and suitable for constructing the endcap HCALs.

The shells and additional copper became a total of 1296 brass pieces, which were delivered to CERN in 2002 and 2003 and have since been installed and tested within CMS.

This project was part of an international agreement to convert Russian military industry into peaceful technology. The recycling of stocks of ship artillery into materials for fundamental research was also symbolic; instead of being used to destroy, the weapons could actively benefit humankind through their contribution to enhanced knowledge and technology.