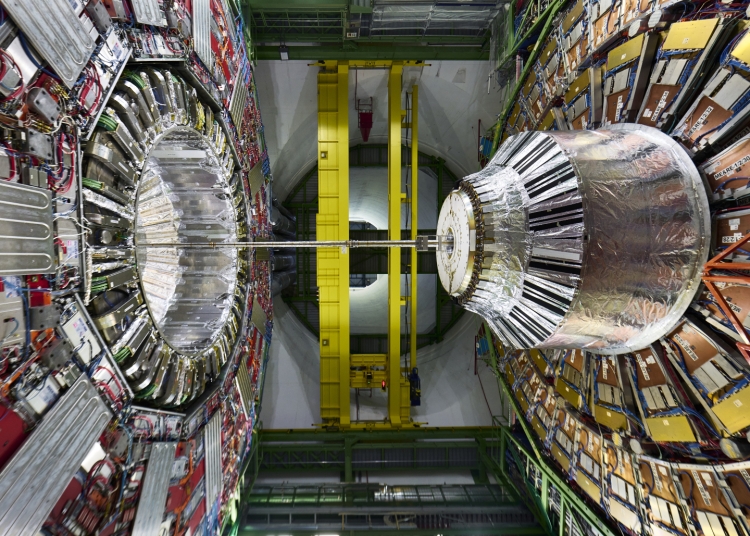 Have you ever observed the CMS logo?
It depicts the CMS detector with its concentric layers and four muon tracks.

The design of the detector was developed 30 years ago around the idea of the biggest solenoid magnet ever made that could achieve 4 Tesla, in comparison to other detectors that could go up to 2 Tesla at the time. This powerful magnet, all surrounded by muon chambers, was considered optimal for the study of muon particles, one of the best and safest  signatures of the Higgs boson, and for the study of a broad range of particle physics. For this reason, all the other fundamental components of the detector had to fit inside the magnet, making the CMS detector extremely compact. No wonder it’s called Compact Muon Solenoid! This amazing scientific instrument, indeed, fits in less than 30 meters in length and 15 meters in height, while it weighs 14000 tonnes. That is massive!

This revolutionary design was once just an ambitious idea that a few scientists came up with while having their lunch. When the construction of the Large Hadron Collider was proposed, it was the right time to suggest also the making of the experiment.

In October 1990, after year-long research and workshops in Europe, the preliminary concept of CMS was presented, for the first time, at a workshop in Aachen, Germany.
One of the challenges was to form the Collaboration. The initiators of CMS had to travel to different countries and present their vision to attract experienced and enthusiastic physicists, engineers, and technicians from all over the world. This was crucial since the experiment would be funded by the collaborating institutes.

Two years later, nearly 500 scientists from 23 countries had come together to sign the Letter of Intent. This 103 pages long document was submitted to the LHC Committee on the 1st of October 1992. This is considered the “birth day” of CMS and today we celebrate 30 years!
In 1993 CMS became one of the two approved experiments. The next step was to bring this idea to life!

It was decided that the experiment would be located at Point 5, in Cessy, France. The excavations started in 1998 and lasted for six and a half years, reaching 100 meters underground with a huge cavern to locate CMS.
In the meanwhile, the unique shape and design of the detector, which is “cut” into 15 slices, allowed the simultaneous assembly of its components on the surface. Last but not least, the heavy slices were then lowered one by one into the experimental cavern by a special crane.

So it was time to put it into action and test it! The LHC Run1 at CERN started in 2010, only two years before the CMS Collaboration accomplished one of its biggest goals: the discovery of the Higgs boson!

Many other mysteries are left to be solved, like supersymmetry and possibly dark matter, searching for particles expected in models to go beyond the Standard Model. The primary goal remains the precise measurement of parameters of the Higgs boson, in first place, of the top quark and W and Z bosons, to name a few.
With the start of Run3, this year, CMS is acquiring more data, which will help untie some knots.

The Collaboration continues to grow, and more brilliant minds contribute to this inspiring project. In the last 30 years, the initially small group of scientists has increased to more than 4700 members and 242 institutes from more than 50 countries.

Cheers to many more years of CMS! 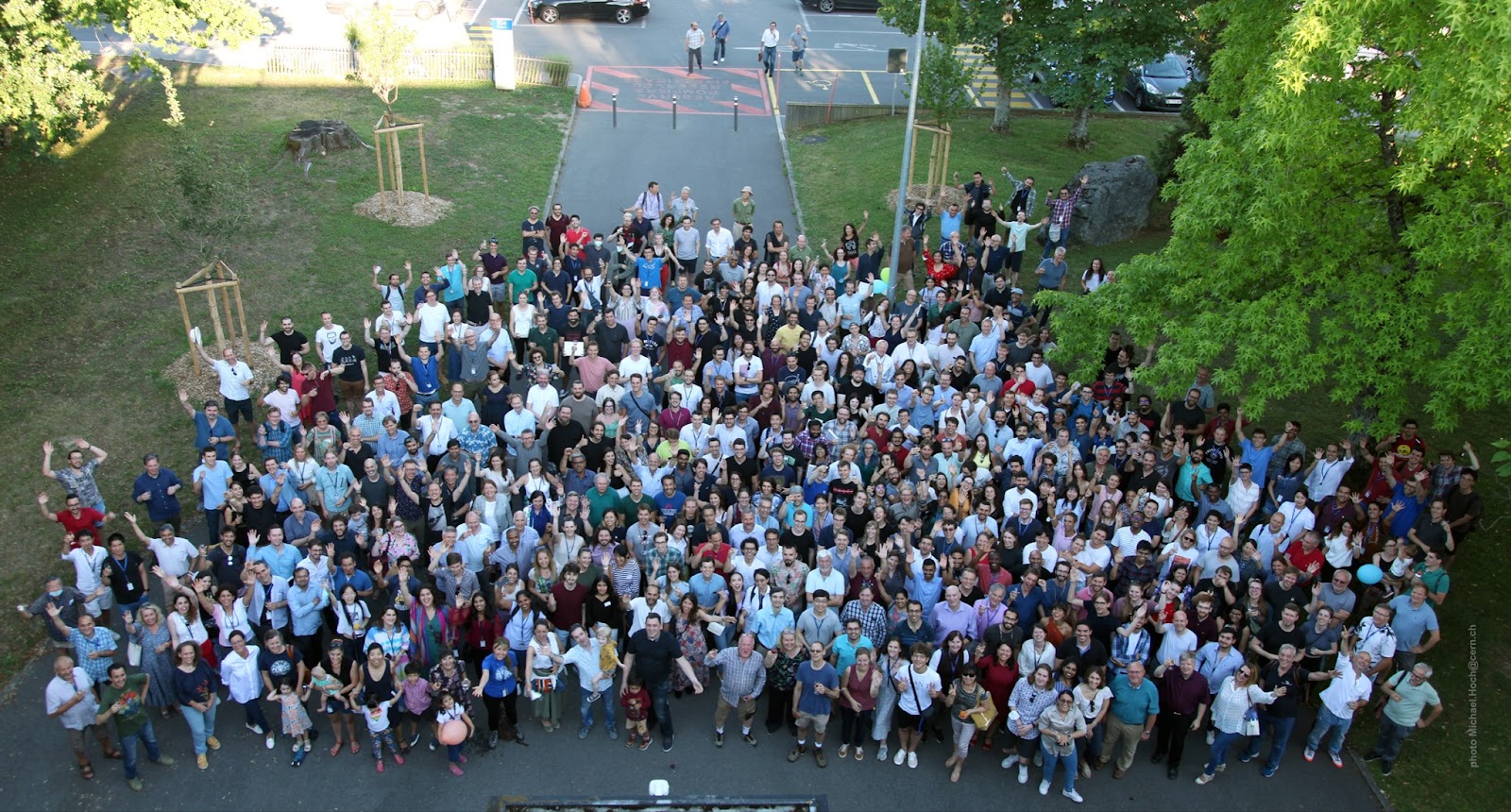 Some of the CMS Collaboration members in June 2022.
Credits: CERN |  M. Hoch