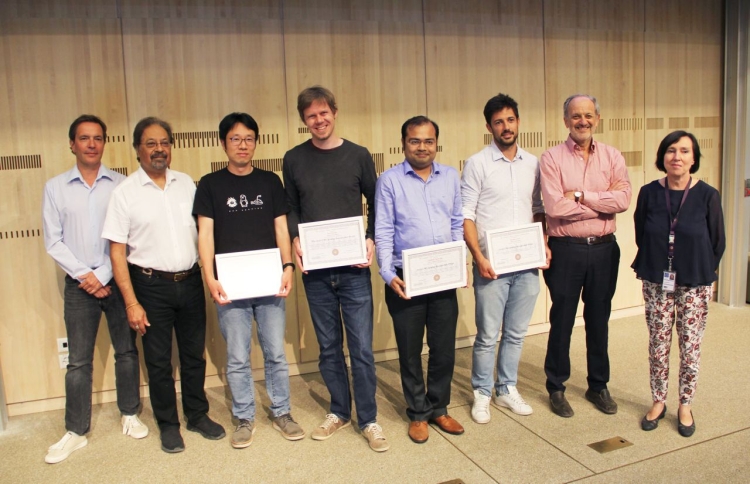 The CMS Collaboration recognizes the efforts and outstanding achievements of the young members of the CMS honoring them with the CMS Young Researcher Prize. This endorsement of their skills and dedication not only paves their future career path but also motivates other young researchers to excel in the field.

Each year, since 2012 at least three members get the prize comprising cash and a memento for their sustained contributions and dedication in any area of the experiment.

Congratulations to this year’s prize recipients! 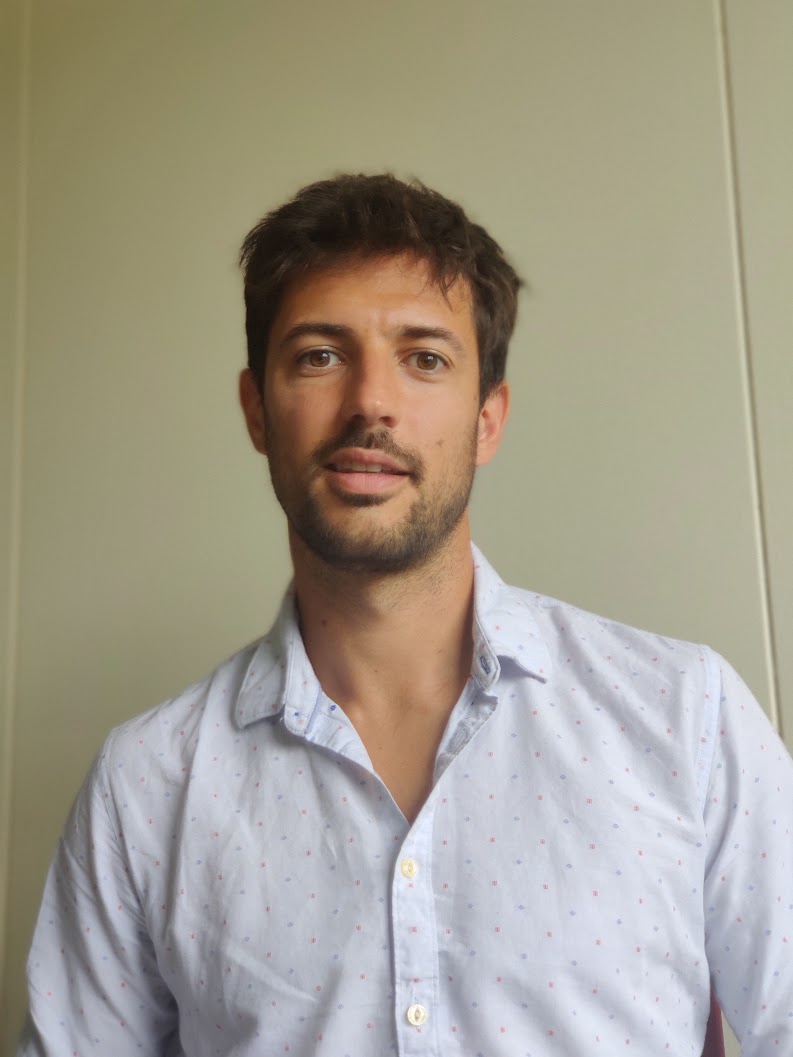 “For his crucial and sustained contributions in designing front-end ASICs for the CMS Tracker and the High Granularity Calorimeter.”

The focus of my research is the development of intelligent particle tracking embedded directly in the front-end electronics. Since the CMS tracking detector needs  new readout front-end electronics to cope with the increased collision rate foreseen for the High-Luminosity Large Hadron Collider (HL-LHC) upgrade, we aim to develop a novel tracking module capable of identifying particles with high transverse momentum in Level-1 trigger. Such a new module enables the selection of interesting physics events at extremely high luminosity, giving us a powerful new tool to search for new physics in the HL-LHC era. 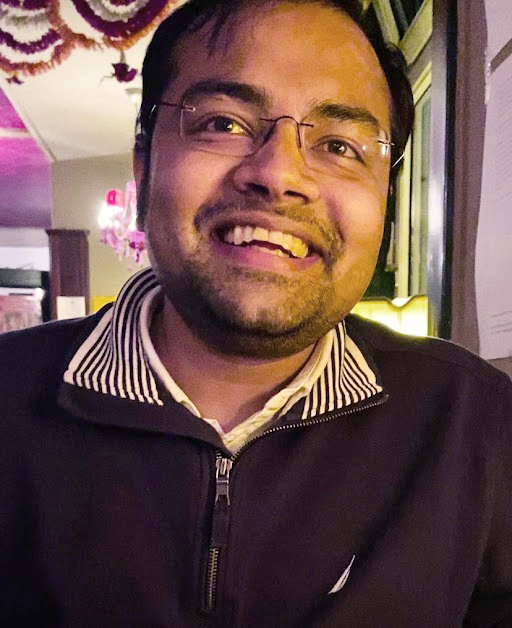 “For his crucial and sustained contributions to the electron/photon reconstruction in the ECAL, the analysis of decay channel H-> gg, the precise determination of the mass of the Higgs boson, and test beam studies of the HGCAL.”

The Standard Model predicts the existence of the Higgs boson as well as all its properties, but not the mass. I have concentrated my research on precision measurements of the properties of the Higgs boson via the diphoton decay channel. A highlight was the measurement of the Higgs boson mass, which when combined with the same in the four lepton decay channel, is the most precise (~0.1%) till date. Leading a team in calibrating the energies of electrons and photons with enhanced precision which directly benefit all physics analyses reliant on these objects, recently I have contributed to the development of a novel machine learning algorithm for optimal energy reconstruction of electrons and photons which significantly improves their energy resolution. Also, I have been involved in the R&D activities of the High Granularity Calorimeter for the HL-LHC, focussing on the commissioning, operations of the prototype detector in beam tests and the application of machine learning methods in the event reconstruction. 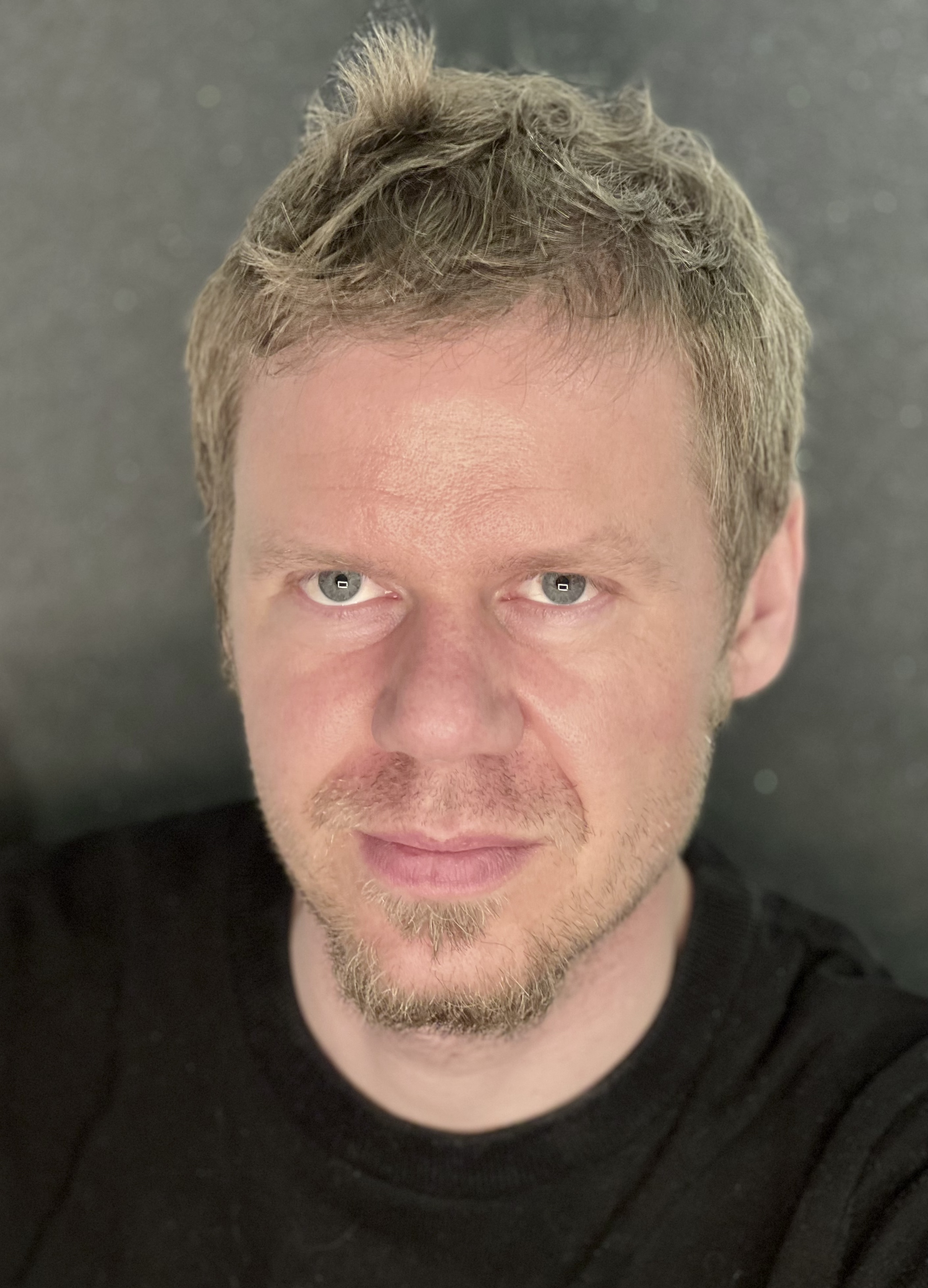 “For his crucial and sustained contributions to top quark precision measurements, to the development of novel analysis methods and seminal concepts in machine learning with impactful applications, and to the CMS upgrade programme through physics projections, HGCAL reconstruction software and silicon sensors studies.”

A particular focus of my research activity has been on top quark physics. As the heaviest known fundamental particle, the top quark can serve as a precision probe to improve our current understanding of particle physics and as a tool in searches for new phenomena. The sensitivity of these studies depends on how well we can reconstruct and identify the top-quark decay products, in particular jets, sprays of particles emerging from the top quark decay. I established new artificial intelligence techniques to improve the identification of these jets and the individual particles that make these jets in CMS as a whole. Here, I am leading the effort for developing a fully machine learning based particle reconstruction for the CMS high granularity calorimeter (HGCAL) for the High-Luminosity LHC (HL-LHC).  I also worked on characterizing the state-of-the-art silicon sensors’ properties for  the HGCAL and coordinated and contributed to the studies of the physics potential of this and other detector upgrades for the HL-LHC, leading to many inputs from the CMS experiment to the European Strategy for Particle Physics. 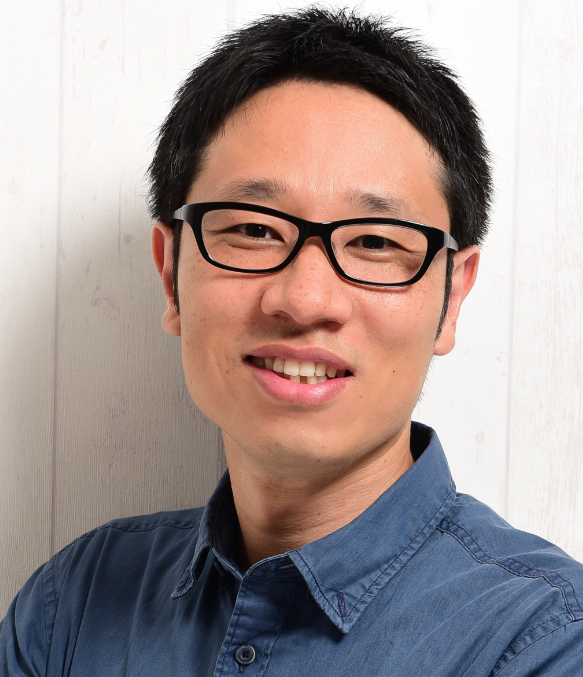 “For his crucial and sustained contributions to the study of the lepton flavoranomalies observed in B decays, both with new-particle searches at high-pTand indirect searches at low-pT, for his developments in tau lepton reconstruction for each of these, and his leading role in the trigger strategy for pursuing the flavour anomalies in Run 3.”

My primary research interest is to search for new physics that can distinguish fermion flavours, as motivated by recent indications of Lepton Flavour Universality (LFU) violations from B-physics experiments.

I have developed the standard tau reconstruction algorithm at CMS and led new ways of searching for leptoquarks that preferentially couple to tau leptons. Recently, I have pioneered a game-changing low-momentum tau identification algorithm and new trigger algorithms to collect events with di-electron final states for LHC Run 3. CMS is now in a unique position that can provide LFU tests using B-mesons; that was not expected to be possible from a general-purpose experiment. I feel privileged to be able to contribute to the soon-to-come milestone at the CMS experiment.