Hunting for new particles with light from the Higgs boson 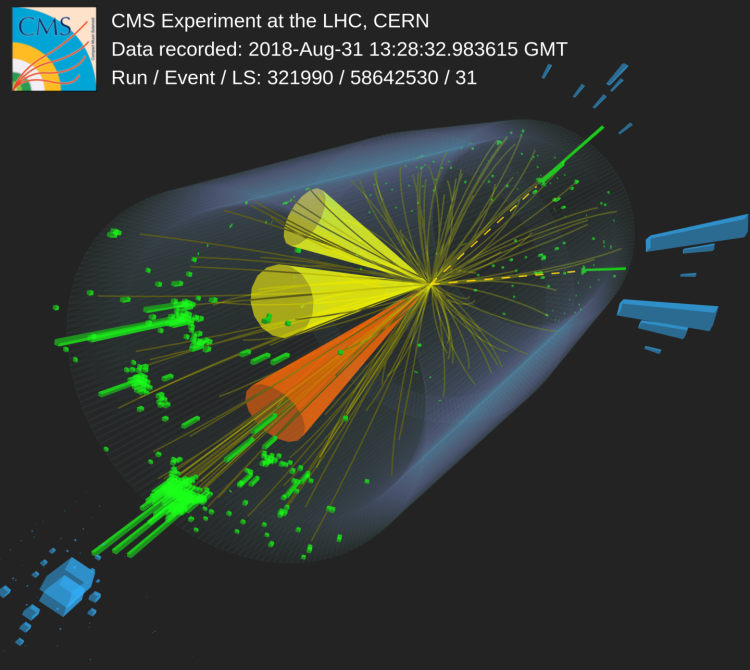 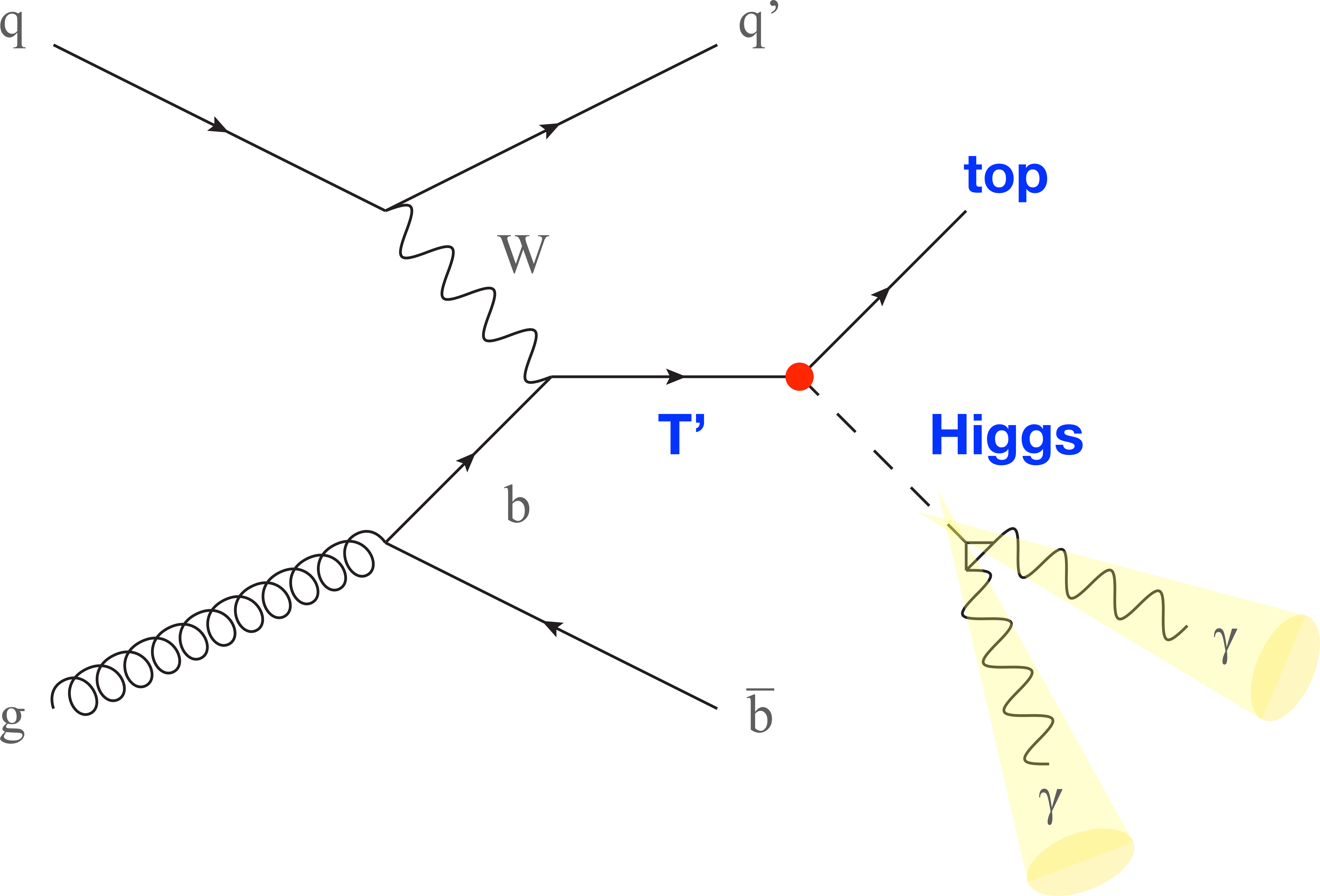 Figure 1: An example of a diagram for single T’ production from an interaction between a W boson and a b quark and its subsequent decay into tH(γγ).

This is the first time that the CMS collaboration has performed a search targeting singly produced vector-like quark T’ decaying to a top quark and a Higgs boson with the Higgs boson subsequently decaying to two photons (“light shine”!). Although the probability of such a decay (H→γγ) happens for as few as 0.2% of Higgs bosons, photons leave a very distinct signature in the CMS detector, which the CMS detector is specifically optimized to detect. As a result, an excellent sensitivity can be achieved when searching for this signal. This study uses the Higgs boson as a way to see the vector-like quark T’, i.e. the well-understood invariant mass spectrum of the two photons coming from the Higgs boson, mɣɣ, is used to then search for T’ quarks. If there is a bump after subtracting all known background processes from the Standard Model, the excess would be evidence of the signal that scientists are looking for.

But how to distinguish these vector-like quark signals from that overwhelming background? Many events can look alike. To address this question, physicists employ machine learning techniques and train an algorithm called a boosted decision tree. During a training on simulations of LHC collisions, the algorithm learns to quantify how likely an event is to be a vector-like quark from a score ranging from 0 (background-like) to 1 (signal-like). Based on the score, CMS physicists have  then selected a sample of LHC collisions which is potentially enriched in vector-like quark candidate events, if they exist of course. When searching for a bump in data, it is important to predict both signal and background in this region in terms of mɣɣ, as demonstrated in Figure 2. 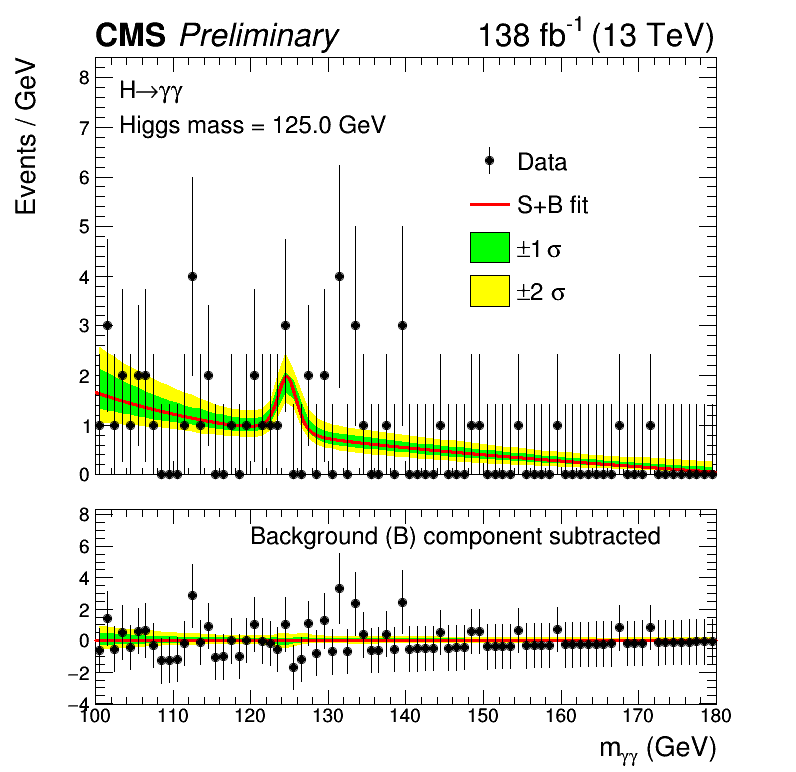 Figure 2: Distribution of the invariant mass of two photons in data. The data is fit using a model that is constructed from background (B) together with a T’ quark signal with a mass of 900 GeV (S). Red line in the plot is the best fitted Signal + Background model with the Higgs mass of 125 GeV.

Our result shows no significant excess over the Standard Model background prediction. This means that the coupling strength of T’ with the Standard Model particle (κT’) cannot be larger than a given value. That value depends on the mass of T’ as shown in Figure 3. The search provides a stringent constraint for a hypothesized T’ mass up to 730 GeV. This result is competitive or even better (depending on the assumed T’ mass) with respect to previous searches for vector-like quarks in different channels (such as Higgs to two bottom quarks). 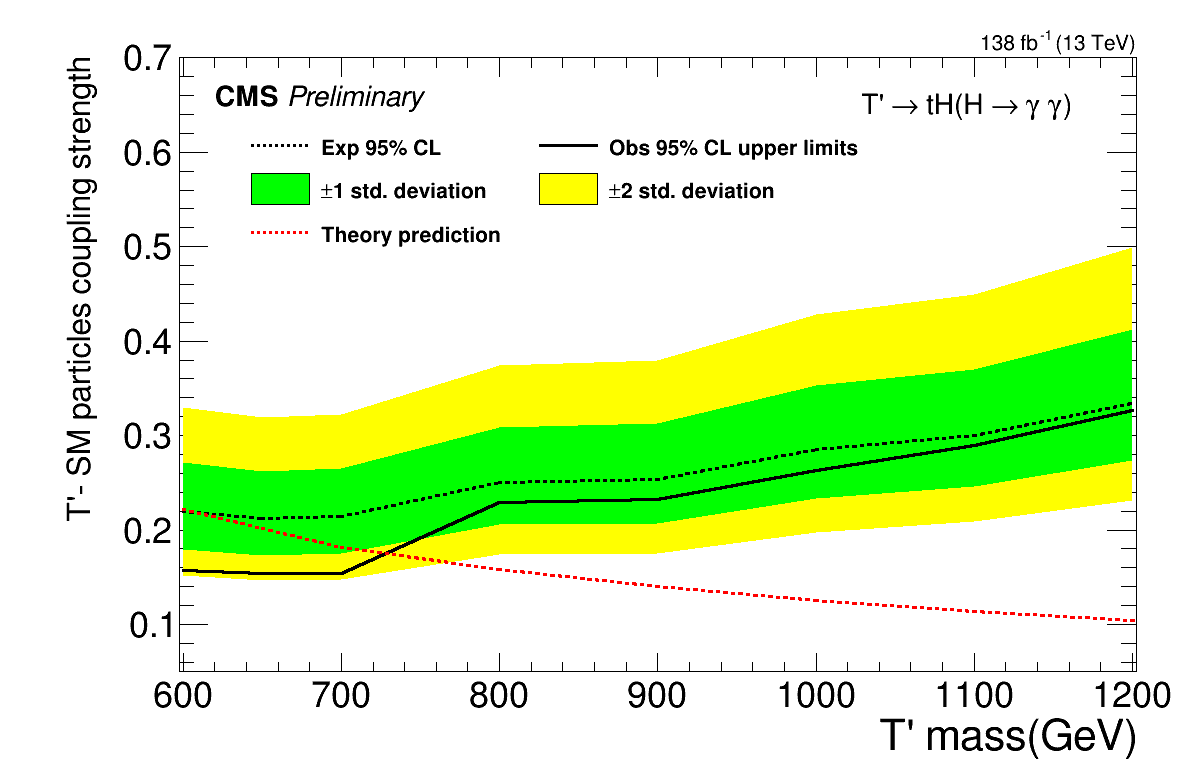 Figure 3: Observed and expected upper limits at 95% confidence level on the single T’-quark coupling strength κT’ as a function of T’ mass are shown as solid and dashed lines, respectively. The green (yellow) band is the 68% (95%) confidence level around the median expected limit. The red line marks theoretical values. All values of κT’ above the solid line are excluded.

Although we did not see evidence of the existence of vector-like quarks with the current data, the LHC has started its operation this year (2022) and will have several data-taking periods in the next two decades. With higher collision energy and increase of data, physicists will have a higher chance to see vector-like quarks in the detector if they are naturally produced. The new coming data will allow scientists to push further the limits, or even better, make a new discovery. This helps the theoreticians in getting the direction for theories beyond the Standard Model and enables humans to grasp the alphabet and grammar of the Universe.