Protons that do not break up at the LHC 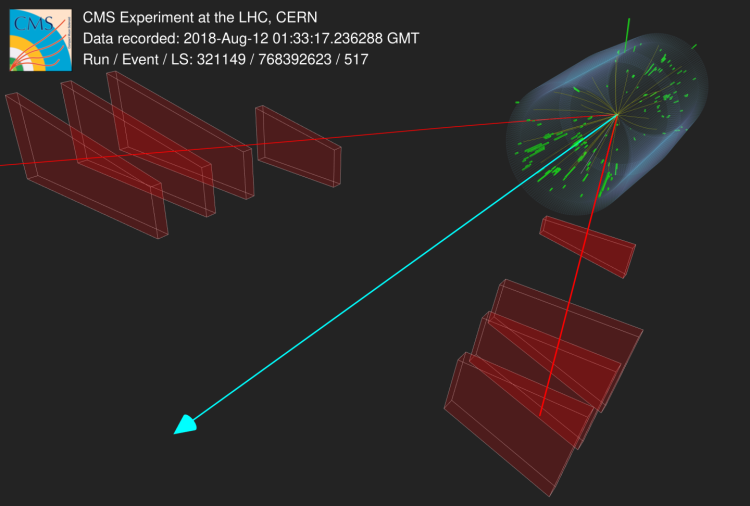 The processes that are mostly studied at the LHC are caused by energetic collisions where the protons break up into their constituents, the quarks and gluons, which recombine to form composite hadrons. However, many proton-proton interactions result in no head-on collision, with the protons emerging slightly deflected and with a little less energy.

To detect and measure these protons, which travel in the beam pipe almost parallel to the outgoing beams, the CMS and TOTEM Collaborations jointly built the Precision Proton Spectrometer (PPS, Fig. 1), placed at about 200 m away from the interaction point on each side of the CMS detector. There are almost 30 LHC magnets on the way, which combine to form a spectrometer when combined with silicon pixel and artificial diamond sensors, to measure the proton trajectory and its time-of-flight from the time of the collision, respectively. The PPS detector uses movable Roman Pots, mechanical structures that place the sensors only a few mm away from the beam during the data collection.

Figure 1: Schematic layout of the beamline between the interaction point (at the centre of the CMS detector) and the Roman Pot (RP) locations. The accelerator magnets are indicated in gray and the collimator system elements in green. The PPS detectors are placed inside the horizontal RPs, in red, while the vertical RPs (in dark gray) are part of the TOTEM experiment.

One of the main processes studied with the PPS is a reaction where the protons lose a few percent of their energy by emitting photons. Two photons coming in opposite directions can then interact, producing new particles that are measured in the CMS central detectors.

By measuring the kinematics of the outgoing protons, we can determine the mass and longitudinal momentum of the central system. Since the protons do not break up in these interactions there are no other tracks around, making the events very clean. Such a  “light-by-light collision” is sketched in Fig. 2, where a pair of muons is produced in the central region of the CMS detector, and nothing else. 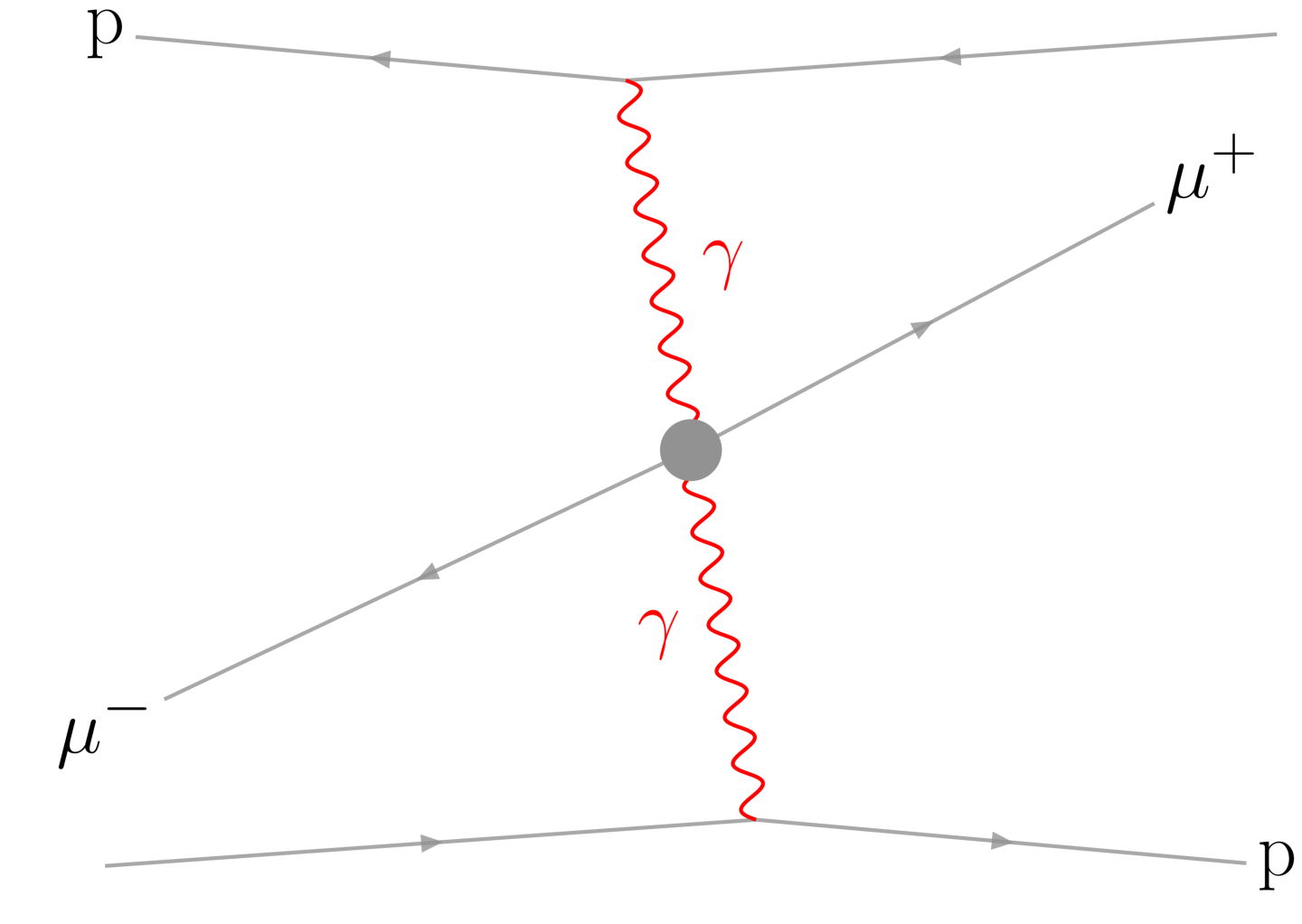 Figure 2: Sketch of an event where two protons are scattered very little, proceed intact at small angles along the beamline, and are detected in the PPS. Each proton emits a photon and the photon-photon interaction produces a pair of muons, which are detected in the central CMS detector. In addition to its intrinsic physics interest, this process is ideal to calibrate the PPS detector.

The real situation at the LHC is, however, more complex. Each beam consists of about 2500 discrete bunches, each containing more than one hundred billion protons. The beam flux at the LHC is extremely high, when two bunches cross each other, not one but a few tens of events of various types can occur. Multiple protons hit the PPS detectors within the time window of a single bunch crossing, as illustrated in Fig. 3, where we can see a pair of muons (red lines) produced in one of the collisions. The light-by-light process has to be disentangled from all the other “pile-up” tracks. The PPS detector can identify and measure “the correct protons” with excellent efficiency, as established in a recent study. The analysis selects the process with a muon pair detected in the CMS detector and a proton identified in the PPS detector.

Figure 3: Interactive event display (try zooming and/or rotating!) of a proton-proton collision recorded by CMS. The two muons and proton(s) originate in the same vertex — represented by the yellow sphere with the two emerging red tracks — with no further activity (the tagged intact proton is shown by the cyan arrow). The yellow tracks correspond to charged particles produced in other hadronic interactions within the same bunch crossing. Or view the interactive event display on this separate page.

The study of light-by-light interactions provides us with a very good probe of physics beyond the standard model. Comparing the momenta of the two protons measured in the PPS with the kinematics of the central system, measured with the CMS central detectors, we can see if any exotic particle has also been produced.

The success of the PPS has been made possible by a somewhat unusual situation in high-energy physics: two independent collaborations, CMS and TOTEM, have joined forces to pursue a common physics interest. Together with excellent knowledge of the accelerator components and of the beam structure, the PPS detectors provide a unique tool to search for exciting new physics at the LHC.