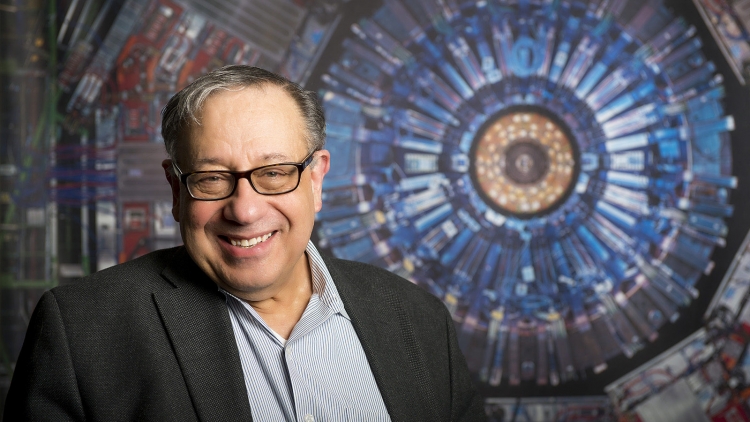 The American Association for the Advancement of Science (AAAS) and publisher of the journal Science, has elected two CMS Collaborators, Joel Butler and Scott Thomas, as 2018 AAAS fellows. This lifetime honor comes with an expectation that recipients maintain the highest standards of professional ethics and scientific integrity.

Fermilab’s scientist, Joel Butler, was recognized for distinguished contributions to the field of experimental particle physics, particularly for pioneering experiments in heavy flavor physics, and the leadership of large international experimental collaborations.

Joel earned a degree in Physics from Harvard University before pursuing a PhD in Experimental Particle Physics from MIT. He joined the Fermilab research staff in 1979, where he helped initiate and lead a series of experiments in the photoproduction of charmed particles. Since joining the CMS collaboration in 2005, he has contributed to several endeavours, including the US efforts on the Forward Pixel Tracker and the upgrade project. He led the overall US participation in the CMS experiment from 2007 until the end of 2013. Recently he took reins of the CMS Collaboration and served as the spokesperson during two years mandate (2016-2018).

Scott Thomas was recognized for contributions to the field of particle physics, particularly theories with supersymmetry and searches for physics beyond the Standard Model at the Large Hadron Collider.

Thomas is a Professor of Physics at Rutgers University and a member of the CMS Collaboration since 2008. He works on searches for new physics with the CMS detector. He helped develop and contributed to many first of a kind tests of supersymmetric theories of nature including a wide variety of gauge mediation, R-parity violation, and natural supersymmetry.  He discovered in data and elucidated theoretically the unanticipated process of asymmetric internal conversion that contributes to lepton backgrounds at the LHC.  He also helped ameliorate the impact of these backgrounds in the di-lepton WW Higgs boson discovery channel.  He initiated and contributed to some of the first searches for new physics using the Higgs boson after its discovery, including the first search for flavor violating interactions of the Higgs boson, and the first search for a heavy second Higgs boson decaying to a pair of Higgs bosons.  He also originated many of the ideas for long lived particle searches that are now being conducted at the LHC.

New fellows will be presented with an official certificate and a gold and blue (representing science and engineering, respectively) rosette pin during the 2019 AAAS Annual Meeting in Washington, D.C. on 16th February 2019.