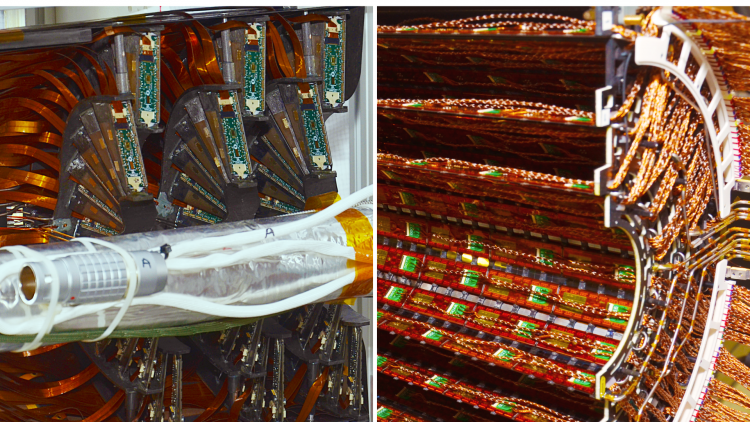 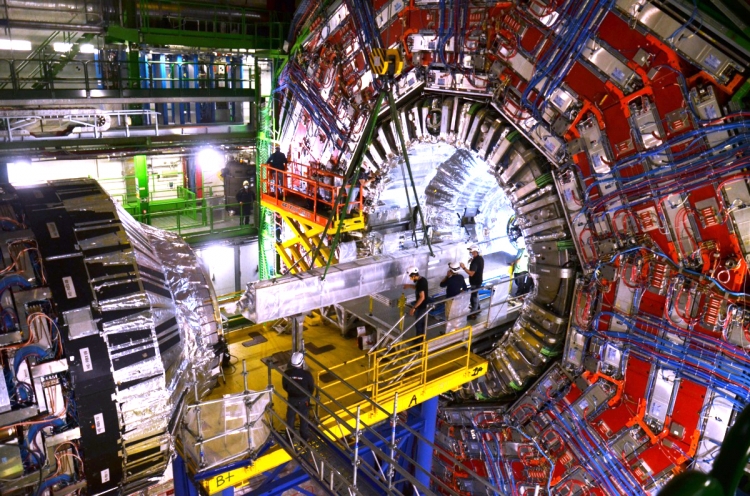 After more than two years with lots of delicate work the Pixel Tracker has been successfully installed at the centre of the CMS detector and it is now ready for commissioning.

The Pixel Tracker is the CMS sub-detector closest to the interaction point (IP), the point where the two proton beams circulating in the Large Hadron Collider (LHC) are brought into collision. It has the arduous task of reconstructing the paths of high-energy electrons, muons and electrically-charged hadrons. It is also crucial to reconstruct the decay of very short-lived particles, e.g. those containing beauty or “b quarks” that will be used among other things to study the differences between matter and antimatter.

The Pixel Tracker is made of concentric layers and rings of more than 1800 small silicon modules. Each of these modules has about 66'000 individual pixels on it, for a total of 120 million pixels - 120 megapixels. Each pixel is only 100x150 μm2 in size. This allows to very precisely measure the trajectory of a particle passing through this detector and with a precision of about 10μm determine where this particle came from.

Due to its location, very close to the IP, the Pixel Tracker suffers the most radiation damage produced by particle collisions. In the innermost layer, a mere 2.9 cm away from the beam pipe, there are about 600 million particles passing through one square centimeter of the detector every second. To maintain the Pixel Tracker functioning in spite of the high radiation level when particles are colliding at the LHC, it is kept at -20°C degrees but this is not enough to completely get rid of the problem.

For these reasons, at the beginning of Long Shutdown 2, the Pixel detector has been extracted from the CMS experiment and kept in a clean room at or below around 0°C all the time. This allowed for the tracker group to perform the various types of maintenance work, repairs and upgrades needed including some improvement of the pixel tracker current designs and a completely new innermost layer. Last June 2021, the Pixel detector was reinstalled at the center of the CMS detector and it’s now ready for commissioning.

The Pixel detector installation was only the last of many milestones achieved by the CMS Tracker Group, one of the largest sub-groups of the CMS experiment with about 600 people from over 70 institutions in 19 countries.

On occasion of the Pixel installation, there was a CERN LIVE event on all social media platforms, including footage of the operations and interviews from Lea Caminada, John Conway and Erik Butz. This live event can be found on CERN’s YouTube and Instagram channels.