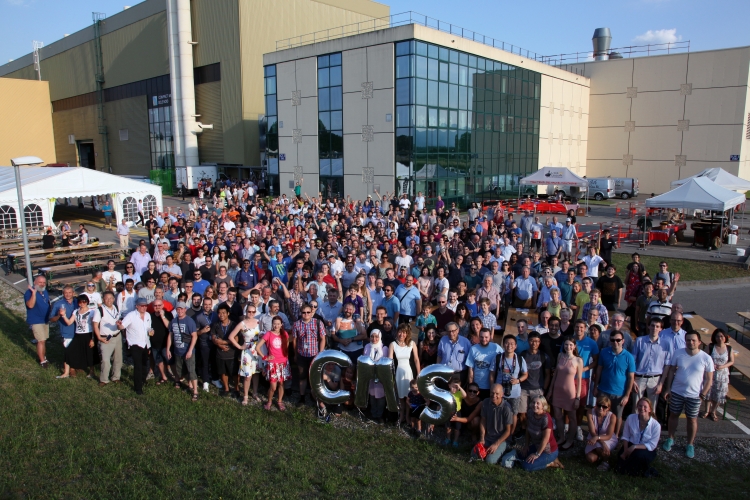 The High-Luminosity LHC is a major upgrade of the Large Hadron Collider that is expected to increase the luminosity by a factor of 10 beyond the design luminosity of the current LHC. This means, the data produced per year will be equal to the amount collected since the beginning of LHC operation in 2010. The collection of data with the existing LHC setup will end in 2023. After that, the LHC accelerator and the CMS detector will be upgraded during a three year shutdown and operations will restart in 2026 with the High-Luminosity (HL-LHC) configuration.

The HL-LHC run will offer an unprecedented amount of proton-proton collisions at  a center-of-mass energy of 14 TeV, allowing precision studies of the properties of the Higgs boson and thereby enhancing our understanding of the mechanism in the Standard Model (SM) that gives rise to the masses of elementary particles. These studies include measuring the coupling to other particles, i.e. the probability for different particles to be produced in the decay of Higgs bosons, and in particular the Higgs self coupling that can only be measured directly from events when two Higgs bosons are produced. The latter is a very rare process which is impossible to observe with current luminosities and has great value for our understanding of nature since it gives direct access to the parameters of the Higgs potential. Together with a significant increase in the precision of measurements focusing on the top quark mass at the High-Luminosity LHC, these parameters give further insights into the stability of the universe, since the relation between the masses of the Higgs boson and the top quark is connected to the question whether the universe is in a metastable state. In addition, several crucial SM parameters, such as the mass of the W boson, weak-mixing angle, and  vector boson scattering properties, will be measured with unprecedented precision, enabling sensitivities to new physics at much higher energy scales.

"The High-Luminosity LHC creates even more opportunities to look for physics beyond the standard model, either by investigating small deviations from the standard model or by looking into sparsely populated regions of the phase space, both challenges that can only be mastered with a large data sample” says Meenakshi Narain (Brown University), co-convener of the CMS Upgrade Performance Studies group, 2016-2019. These searches target supersymmetric particles, new resonances with high mass, and dark matter candidates.  The list of physics opportunities at the High-Luminosity LHC is long and goes far beyond these examples. "To explore these possibilities, to better understand the physics potential of the High-Luminosity LHC, and to justify its construction, hundreds of physicists from all LHC experiments worked together to publish the High-Luminosity LHC Yellow Report, a collection of physics analyses and goals that highlight the discovery and measurement potential of the High-Luminosity LHC” says Patrizia Azzi (INFN, Padova), co-convener of the CMS Upgrade Performance Studies group, 2016-2019.

The “Yellow Report (YR)” activities kicked-off  in November 2017 and the CMS Collaboration immediately started to actively work on its preparation. First the major physics research directions were selected. A  fast simulation framework was used to simulate 4.5 billion collision events for the physics projections. The projections relied on the performance metrics obtained for the nominal full reconstruction algorithms, measured based on strategies developed during 2016-2017 by the detector and physics objects groups. This was a major challenge to do this years before the detector is constructed and since the increase of the luminosity in the High-Luminosity LHC is associated with significant increase of simultaneous interaction accompanying each proton-proton collision. Per collision up to 200 of these additional interactions occur, which is about a factor of 5 to 10 more than the current level. Therefore, it was crucial to ensure a high efficiency and purity for the selection of the interaction vertex of interest and assigning the appropriate detector signals to it, while removing the other signals. Some 500 million events were processed with the full detector simulation with 200 additional interactions per collision to develop the detector and object performance metrics. 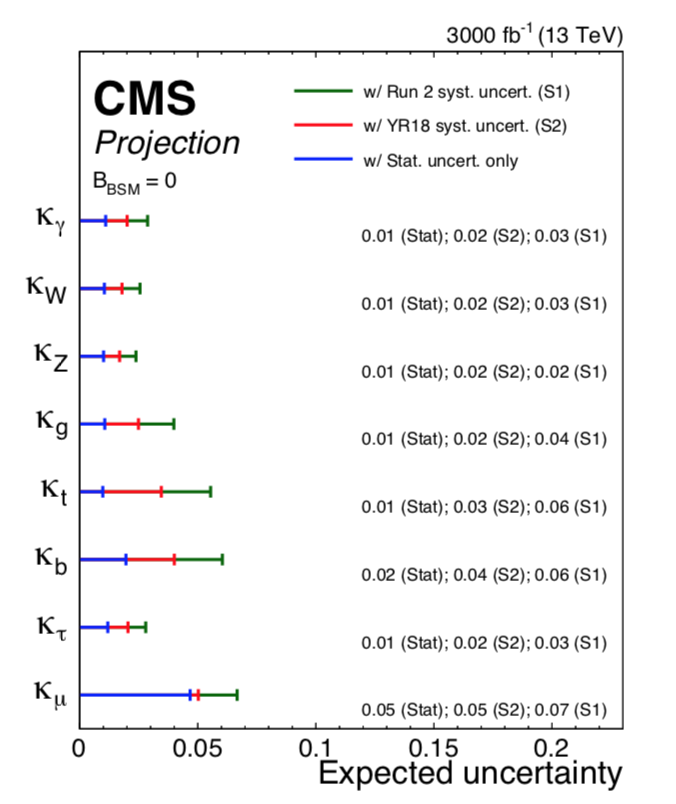 Figure 1: Expected uncertainties on measurements of the Higgs  coupling parameters, i.e. the probability for different particles to be produced in the decay of Higgs bosons. Most of the couplings will be measured at the HL-LHC with precision better than 5% of their expected values.

Within the CMS Collaboration more than 50 physics projections were performed, with participation of approximately 240 physicists and PhD students. To review the work, 36 internal peer review committees with more than 140 members were called, and more than 20 editors worked together with the analyzers to help polish the final manuscripts. An example of expected uncertainties on measurements of the Higgs  coupling parameters at the HL-LHC is presented in Figure 1. The foundation for much of the YR work was laid by the previous work towards the Technical Design Reports for all major CMS sub-detectors. These results would not have been possible without the absolutely indispensable work needed to successfully produce these studies. This includes development of the tools for full and fast simulation of the CMS detector response, development of dedicated selection and reconstruction algorithms, Monte Carlo generation and processing through the detector simulation of many physics processes, involving participation and a huge effort from most of the technical groups in the collaboration. The contributions of hundreds of experts from the technical groups were essential to complete the CMS YR effort and this is extremely appreciated by all authors.

Finally, the full report with approximately 1000 pages will be published during March 2019, thanks to the effort of the hundreds of scientists involved.