The observation of a Higgs boson in 2012 at the Large Hadron Collider marked the starting point of a broad experimental program to determine the properties of the newly discovered particle. In the standard model, the Higgs boson couples to fermions in a Yukawa-type interaction, with a coupling strength proportional to the fermion mass. While decays into γγ, ZZ, WW, and ττ final states have been observed and there is evidence for the direct decay of the particle to the bb (down-type quarks) final state, the decay to the tt (up-type quarks) final state is not kinematically possible. Therefore, it is of paramount importance to probe the coupling of the Higgs boson to the top quark, the heaviest known fermion, by producing the Higgs in the fusion of a top quark-antiquark pair (left diagram) or through radiation from a top quark (right diagram).

The associated production of a Higgs boson and a top quark-antiquark pair (ttH production) is a direct probe of the top–Higgs coupling. Hence the observation of this production mechanism is one of the primary objectives of the the Higgs physics program at the LHC.

The CMS experiment has searched for ttH production in the data collected at the center-of-mass energies of 7, 8, and 13 TeV with the Higgs boson decaying to pairs of W bosons, Z bosons, photons, τ leptons, or bottom quark jets. The results have been combined to maximize the sensitivity to this challenging and yet fundamental process. 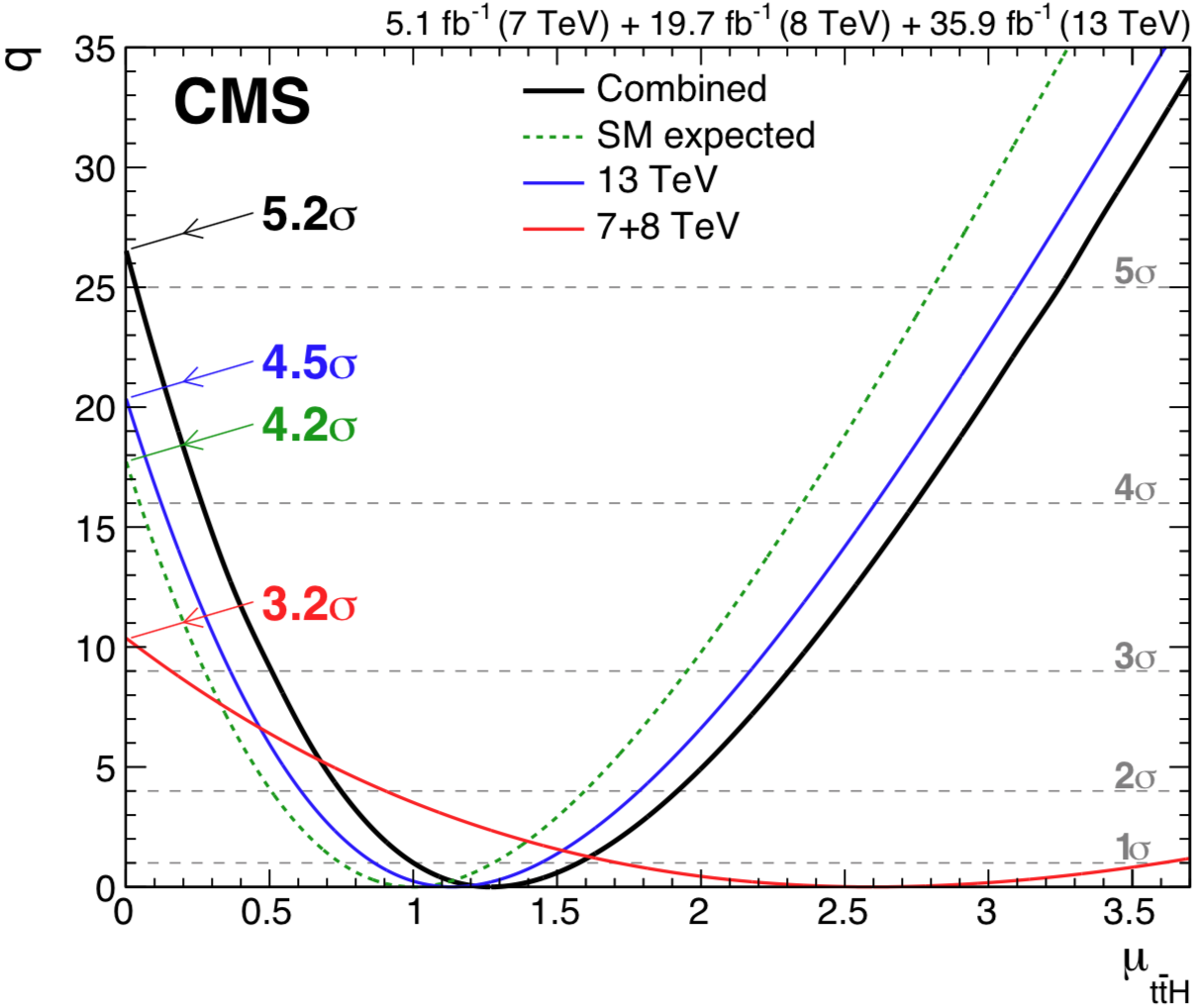