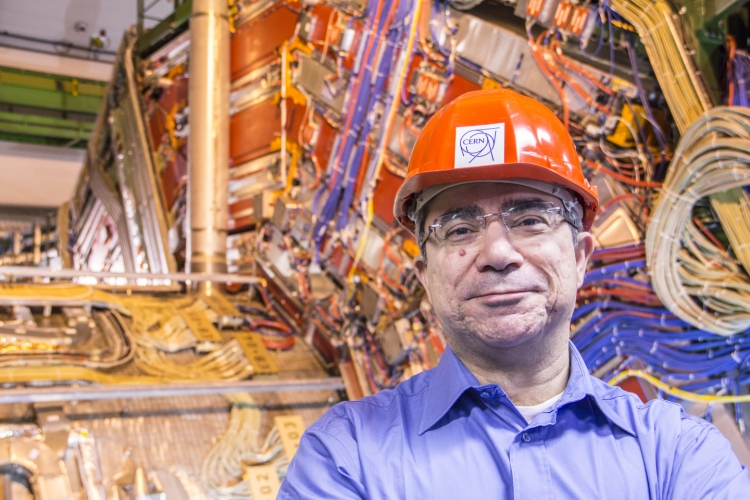 Paraskevas Sphicas, CMS' former co-Deputy Spokesperson of CMS (2014-2016), and CMS physics coordinator during the crucial phase from 2006 to the start of data taking, was elected as Fellow of the prestigious Royal Society of the UK and the Commonwealth.

Excerpts from his citation read: “Paraskevas (Paris) Sphicas, a particle physicist with a long track record in the physics of hadron colliders, is a leading figure in the search for physics beyond the standard model at CERN’s LHC. He led all aspects of physics preparations from the computing, software and trigger/DAQ systems to the physics studies of the CMS experiment that discovered a Higgs boson in 2012. His prior work on the UA1 experiment at CERN and the CDF experiment at Fermilab included the design and deployment of novel data acquisition systems and first measurements of heavy quark (b and top) production including the first evidence for the top quark. He also led the development of new flavour-tagging techniques initiating a rich program of B physics at the Tevatron in subsequent years.”.

Royal Society fellows are “the most eminent scientists, engineers and technologists from the UK and the Commonwealth”. They are elected for life by a peer review process on the basis of excellence in science. Since the foundation of the Royal Society, more than three and a half centuries ago in 1660, only 8000 people have been elected as Fellows (History of the Royal Society).

Paris said: “I am truly honoured and delighted to be elected Fellow of the Royal Society. This is mostly a recognition of the tremendous achievements of the set of beautiful experiments that I have worked on in the past 35 years. I am particularly proud to have been on CMS for over 25 years now, watching it grow from paper sketches to a physics-producing scientific instrument.”.