Supersymmetric glue: the search for gluinos 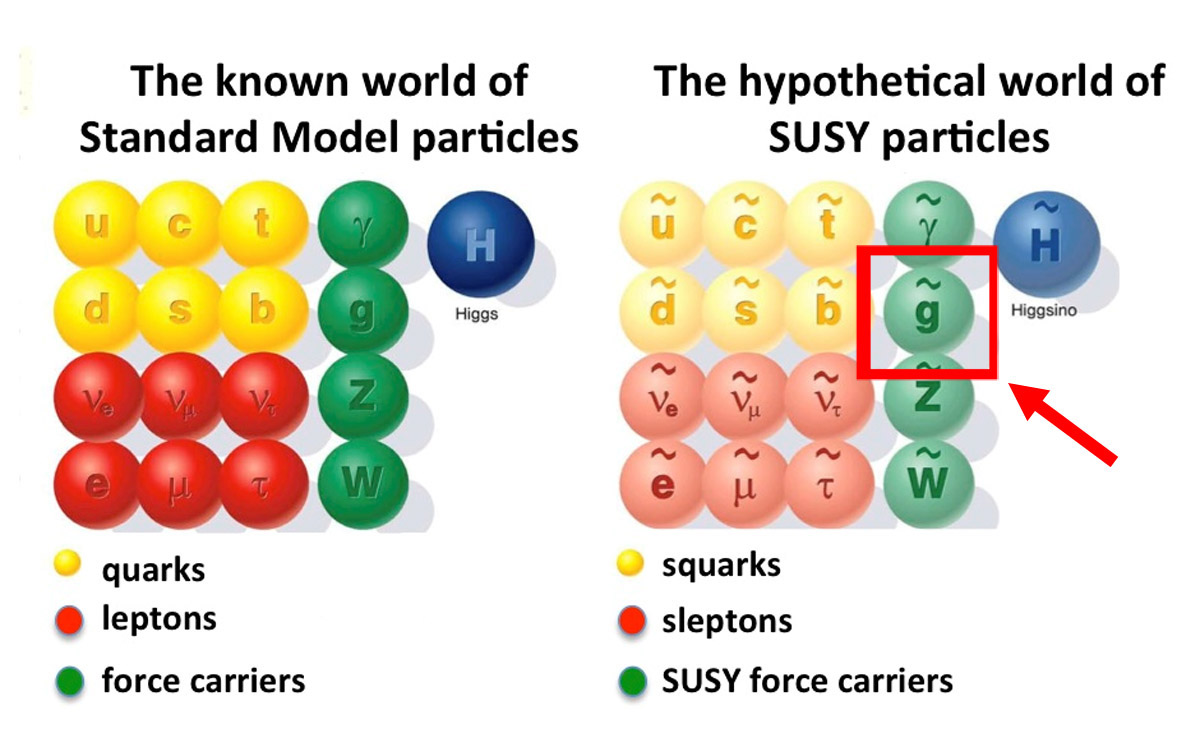 CMS physicists searched for the gluino, the supersymmetric cousin of the gluon. The red box shows where the gluino is listed.

One of the biggest unanswered questions of particle physics is why the mass of the Higgs boson is relatively small when the Standard Model suggests a more natural value would be many thousands of trillions of times higher. We don't know the answer to that question, but a popular proposed explanation invokes the idea of supersymmetry. Theories that include supersymmetry can very easily explain the Higgs boson's low mass.

A theory that includes supersymmetry comes with a price. These theories predict that for every known particle, a cousin supersymmetric particle exists. These cousins have the same properties as the familiar ones, except they have a different subatomic spin. There's only one problem. None of these cousins has been observed. The simplest form of supersymmetry has been definitively ruled out.

But "alive and well" doesn't mean confirmed. For that, you still have to find the cousins. Unfortunately, supersymmetric theories give us very little guidance as to the masses of the cousins. Thus we have to make some sensible assumptions, look at the data and see what it tells us.

CMS physicists looked for events with missing energy and in which either four bottom quarks or four top quarks were present. If more were observed than expected, they'd be on to something. Unfortunately, the results were entirely consistent with the Standard Model, meaning gluinos were not observed. However, we now can say that if gluinos exist, they must have masses more than a thousand times heavier than a proton and six times heavier than the top quark.

A version of this article originally appeared in Fermilab Today.