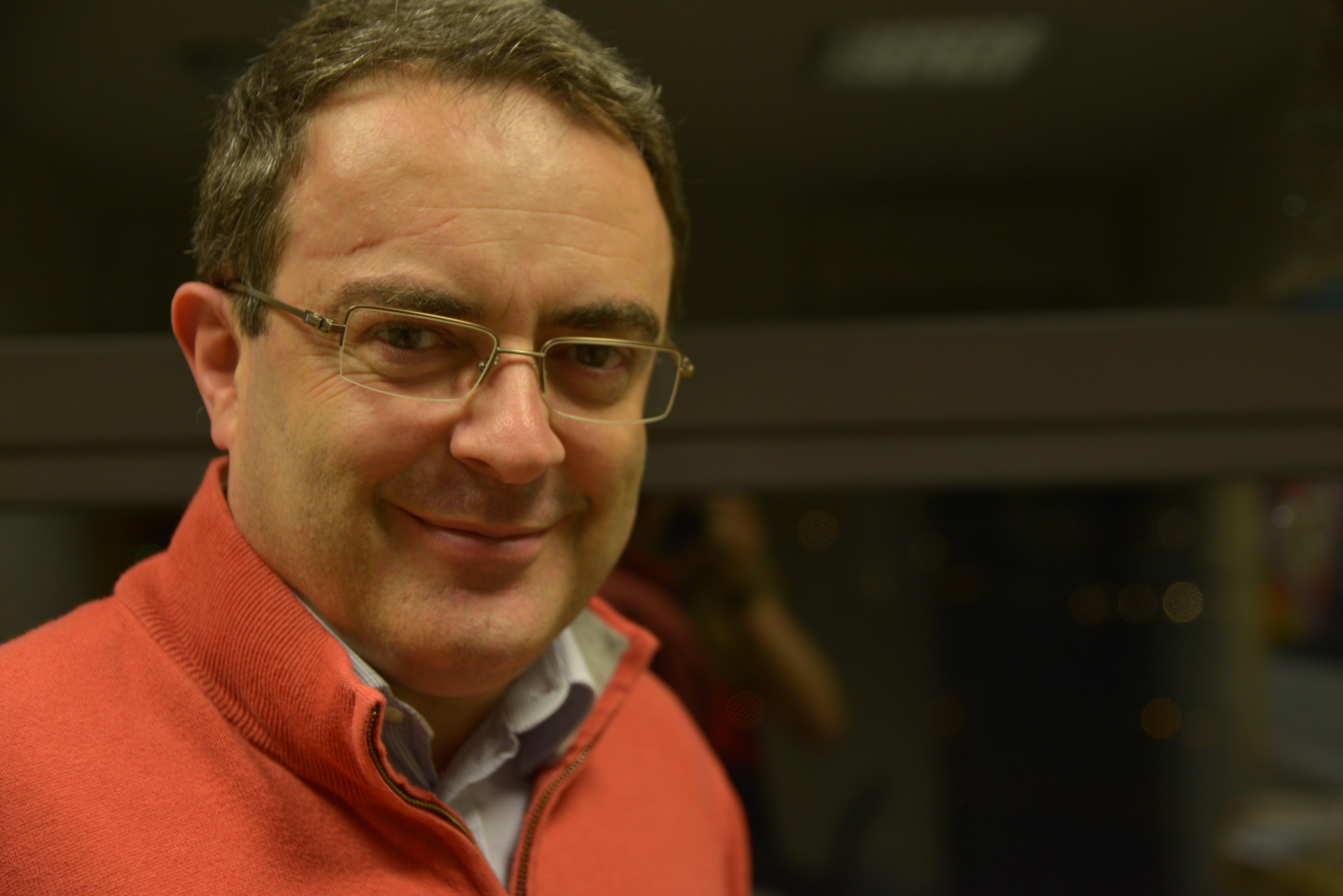 At the beginning of the month, physicist Joe Incandela, who led the CMS experiment during the discovery of the Higgs boson, handed the reins to his former deputy, CERN physicist Tiziano Camporesi. For the next two years, Camporesi will oversee all aspects of CMS, from resource management to implementing detector upgrades to planning for the future.

“There will be a lot of challenges in the future,” Camporesi says. “We are preparing for the next run of the LHC in 2015 to continue to search for new physics. In parallel, we also need to develop the technology to upgrade CMS so we can exploit the High Luminosity LHC [an upgrade to the LHC planned for around 2020] to its full potential.”

The CMS collaboration, one of the largest in the world, consists of more than 3000 participating members from 145 institutions. So leading it — in the position titled “spokesperson” — is a big job, says Incandela, who will now return to his teaching position at the University of California, Santa Barbara. “The overall health of the experiment is ultimately your responsibility as spokesperson,” Incandela says. “It’s your responsibility to look at the big picture and make sure the experiment is headed in the right direction.”

Besides setting the direction of the collaboration, Camporesi will also be tasked with maintaining the morale and spirit of the collaboration as it moves into an exploratory phase of research and development. “Doing research and development is always a fun time for physicists,” Camporesi says, “but it is challenging to decide which project we want to move forward with.”

Camporesi served as the CMS Deputy Spokesperson from the start of 2012 to the end of 2013. He previously served as the head of the DELPHI experiment at CERN’s Large Electron Positron collider from 2000 to 2001.

Camporesi says he has always been fascinated by physics, but he did not consider pursuing a career in high-energy physics until he participated in CERN’s summer student program in 1980. “Working at CERN as a summer student really changed my life,” he says. “It was my first time outside of Italy, and I became really excited about this lab and the environment.” After his summer at CERN, Camporesi switched his PhD thesis from theoretical to experimental physics and, one year later, graduated from the University of Bologna with a new direction in mind.

During his 34 years in the field, Camporesi has worked on several experiments both in Europe and the United States. In 1986, he returned to CERN as a research physicist and became a permanent staff member three years later. Camporesi has spent the last 13 years focused exclusively on CMS.

Camporesi will serve as the CMS Spokesperson until the end of 2015. Joining him will be two deputies, Paris Sphicas, a senior CERN staff physicist and professor at the University of Athens, Greece, and Kerstin Borras, a former CMS group leader at DESY laboratory in Germany.

Incandela is confident that Camporesi possesses all the necessary qualities to lead the CMS experiment to a bright future. “Having someone like Tiziano as the next spokesperson makes it possible for me to relax,” says Incandela. “I’m looking forward to thinking about my own personal research interests. I’d like to have a little fun doing physics again.”

A version of this article originally appeared in Symmetry Magazine.