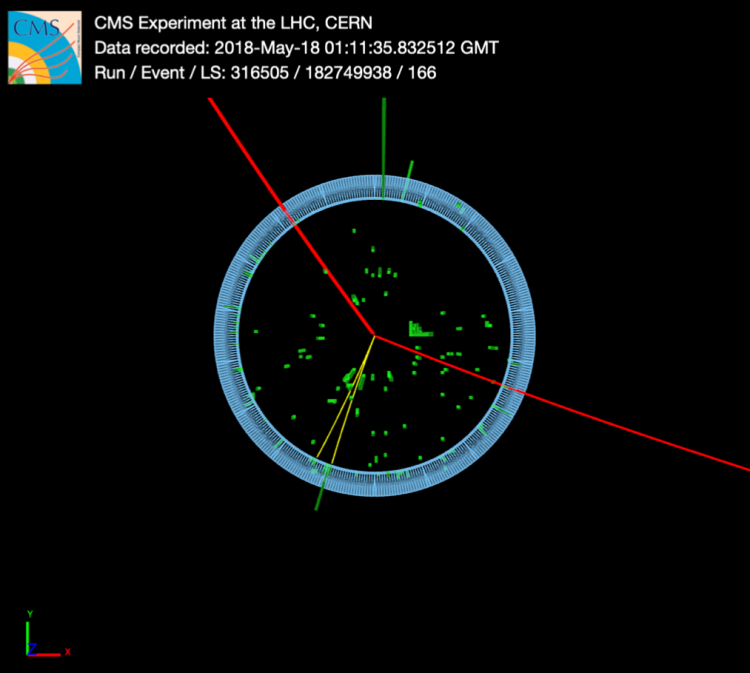 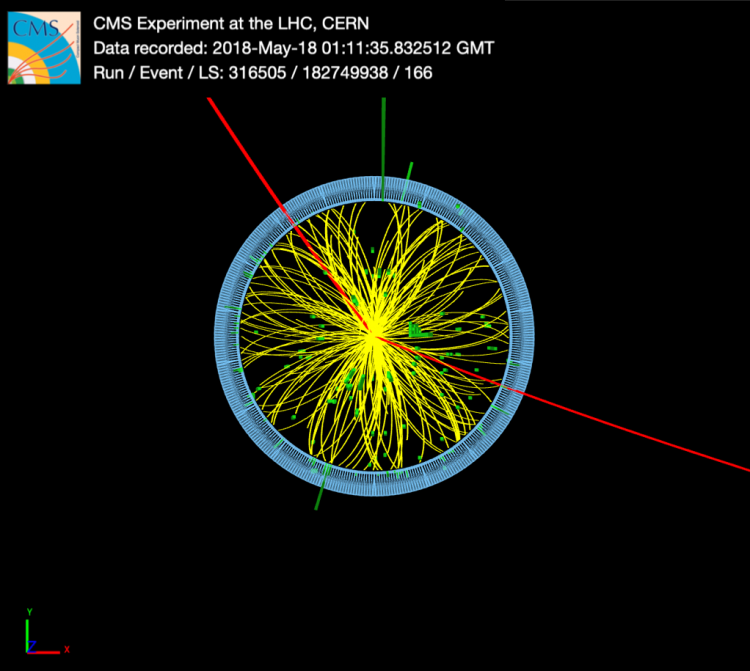 A question researchers at the LHC are trying to answer is whether the properties of the Higgs boson are as predicted by the standard model. One way to do this is to look for extremely rare decays of the Higgs boson, as physicists in the CMS collaboration did recently.

Since the discovery of the Higgs boson by the CMS and ATLAS collaborations in 2012, a lot has been learned about this new particle. So far its properties are consistent with those expected in the standard model, but this particle could still be hiding extra "new physics."

So, why should we try looking for such decays, if they don't happen very often? To understand this we can look at what these mesons actually are: ρ mesons consist of two u- and d-quarks and φ mesons of two s-quarks. Because those quarks are very light the Higgs boson is expected not to interact with them very strongly. At least, that is what the standard model predicts - but we don't know for sure that the Higgs boson's properties are exactly as predicted by the standard model. If we were to see the Higgs boson decaying to a Z boson plus a ρ or φ meson more frequently than expected based on the predictions of the standard model, this could hint at some new physics processes playing a role.

In this search Z bosons decaying to pairs of electrons or pairs of muons were considered, while we looked for ρ mesons decaying to pions (ππ) and φ mesons decaying to kaons (ΚΚ). Pions and kaons leave trails in the CMS experiment’s central tracking detector. But so do all charged particles, and there are many of them in the products of each collision, as you can see in the visualization of one of these events:

To identify which of the signals in the tracker were from the φ→KK or ρ→ππ decay we made use of the properties of these signals. Luckily the CMS tracking detector was designed to perform a precise measurement of the momenta of all charged particles traversing it. If we assume that two particles we find leaving signals in the detector were the only two particles produced in the decay of their mother particle, we can use the momentum measurement from the tracker combined with the masses of the two particles to calculate what the mass of the mother particle would have been.  The masses of the φ and ρ mesons are known - so to identify kaons from a φ meson decay or pions from a ρ meson decay we need to make sure the mass of the mother particle that we have calculated for a pair of particles is consistent with these known masses. We can also test that this works well using simulated events. Figure 2: The calculated mass of the mother particle of the two kaons in simulated H→Zφ events, where the Z boson decays to electrons or muons and the φ meson to kaons.

One thing we have to keep in mind is that even if we find events which contain two electrons or muons from a Z boson decay, and two kaons from a φ meson decay (or two pions from a ρ meson decay), that does not mean the Z boson and the meson themselves have originated from a Higgs boson. For example, it could be that a Z boson and a meson were produced independently in the same collision, without having come from a Higgs boson decaying in this way. Such events are our background: they are not what we are looking for, but there are some ways in which they look similar to the process that we are interested in.

How can we disentangle such background events from the potential presence of the process that we are interested in? We can use the same trick of calculating the mass of the mother particle that we used for the ρ and φ meson decay products, but this time using all four particles (the two electrons or muons and the two pions or kaons). If they have originated from a Higgs boson decaying into Zρ or Zφ we would expect this mass to be around 125 GeV, the mass of the Higgs boson. For the background events, we would instead expect this mass to be smoothly distributed. Figure 3: The calculated mass of the mother particle of the two electrons or muons and the two kaons. The black points are the data points, the blue line is the expected background, and the red line indicates where the process of interest would be. In the region where we would expect to see the process of interest, the data points are compatible with the expected background.

In the search, we did not see a significant deviation in the data from the background that would be consistent with the decays that we were searching for. Using this search we are able to exclude that the Higgs boson decays into a Z boson and a ρ meson more than 1% of the time and into a Z boson and a φ meson more than 0.5% of the time. Those boundaries are approximately 1000 times larger than the expected branching fractions in the standard model. This still leaves a lot of space to hunt for these decays: with the data that will be collected during the remainder of the LHC programme, plus its high luminosity extension, it is expected that these boundaries can be improved by at least a factor 5. And, using more sophisticated techniques, we expect to be able to improve even more.