Forward-looking with half a Higgs 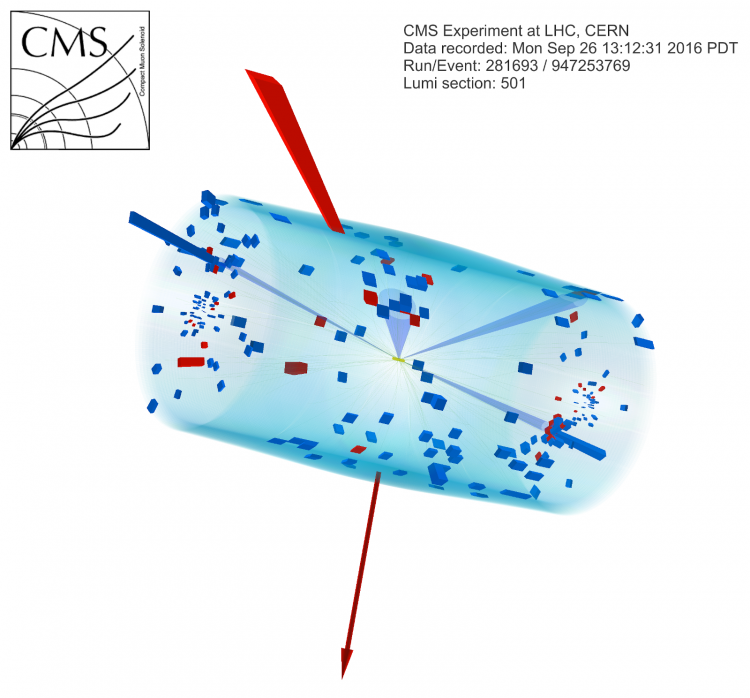 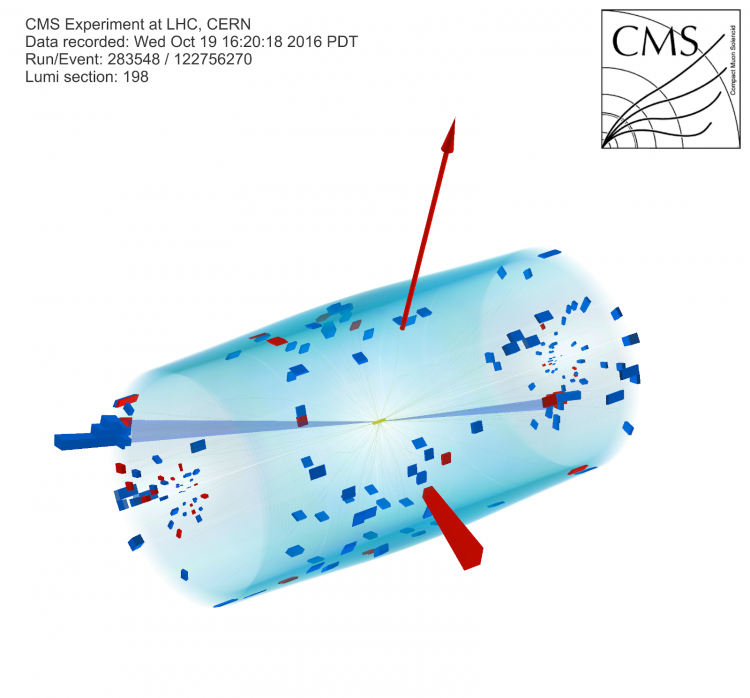 Eight years ago in 2012, at the largest International Conference on High Energy Physics, the discovery of a new particle carefully coined as Higgs boson-like was announced by the ATLAS and CMS Collaborations. They had seen an excess in data over what they had expected after analyzing sub-sets of their by then already quite sizeable catalogue of recorded proton-proton collisions.

Meanwhile, datasets have grown by more than a factor of ten, and the collision energy has increased by almost a factor of two. Researchers at CMS therefore now try to establish with ever-increasing precision whether this new particle is exactly the one of the Standard Model. They are probing ever more rare possibilities of the particle’s predicted decay modes and its interactions with other Standard Model particles, and try to find any unexpected behaviour.

The Higgs boson has already been observed to decay, as we expect, into different Standard Model particles such as heavy bosons, photons, and b quarks, but there are few constraints on the remaining decay fractions and even completely new decay modes of the Higgs boson. A broad class of theories postulates that the Higgs boson serves as a portal to a new, dark sector of particles and interactions that could explain the phenomenon of Dark Matter. Based on gravitational observations it is proven that Dark Matter is abundant in the Universe, but any other interactions with ordinary matter seem absent and the Higgs might be the first opportunity to connect to this fascinating dark side.

The Higgs boson could decay into Dark Matter particles to which our detectors are entirely blind. They would leave the detector, and would then create an imbalance in momentum inferred from measuring all the visible collision products. It is possible that the Higgs boson can also decay into one Standard Model particle and its mirror particle of the dark sector, for instance, a Standard Model photon and a corresponding dark photon. Only "half a Higgs" would then be observed in the detector. The underlying assumptions and the implications of this theory are fully compatible with the currently existing measurements of the properties of the 125 GeV particle.

For this reason, CMS performs direct searches for these decays, and these are now available in a recently submitted paper. One way to pin down Higgs bosons produced in the collisions is to look for telltale signatures which, while not unique to Higgs boson production, are much less likely to be caused by Standard Model background processes. In the vector boson fusion production mode, the Higgs boson is produced together with two antipodal, hadronic jets that tend to be pointing along the direction of the beams or relatively near the beampipe, and on opposite sides of the detector. Requiring the presence of two such "forward" jets greatly helps to reject background processes. When combined with the detection of a central, energetic photon and a sizable amount of missing transverse momentum in the same event, this signature is an effective tool to look for semi-visible Higgs boson decays into a photon and a dark photon.

The transverse mass observable combines the information of the identified photon and the missing transverse momentum to emulate the Higgs boson mass and is the most powerful variable for this analysis. 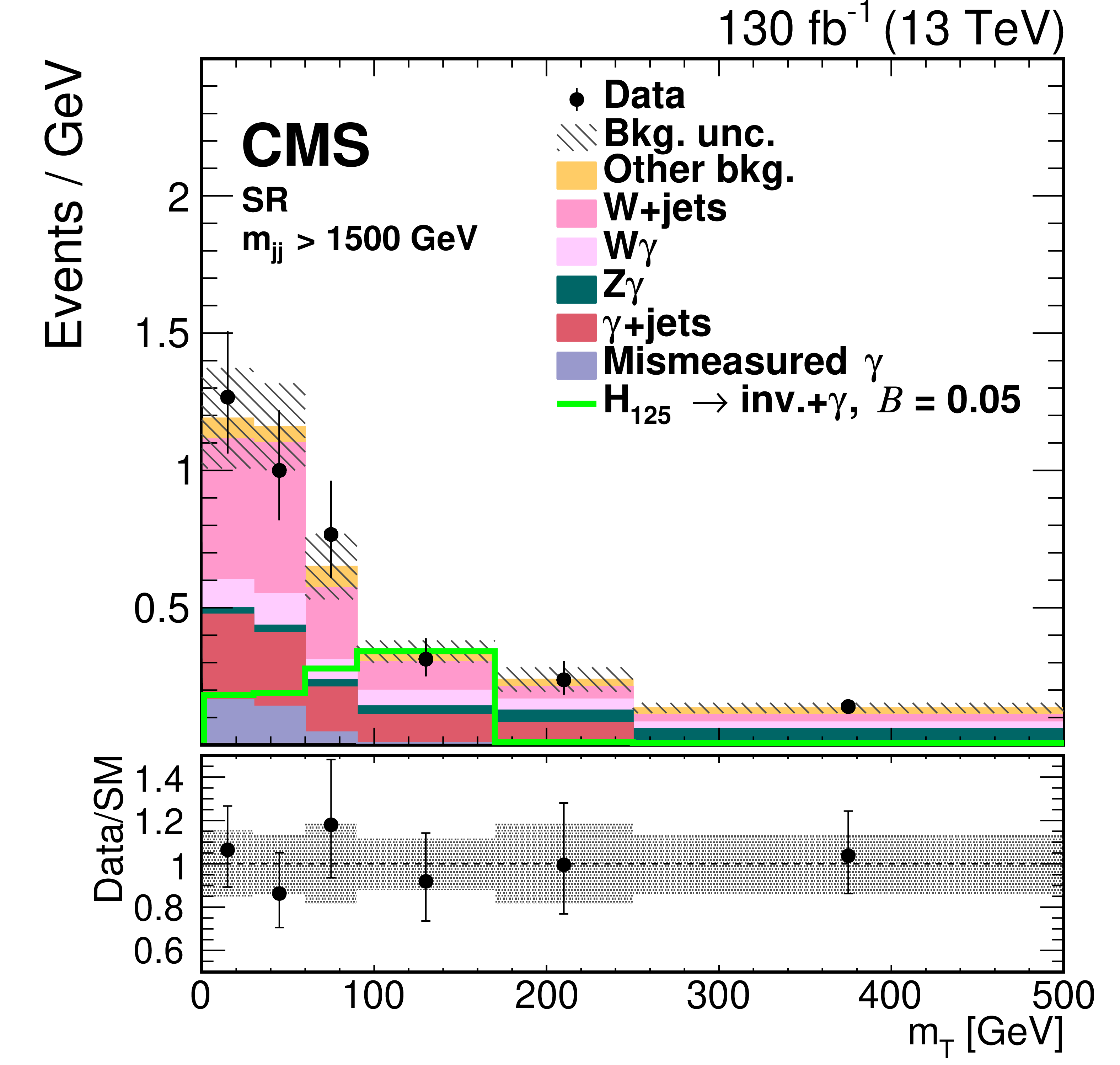 Figure: The transverse mass is an observable whose shape is quite different for semi-visible Higgs decays to a Standard Model photon and a dark photon (green histogram) and for Standard Model background processes (filled histogram). The contributions expected from the latter are compatible with the actual measurements, represented by the black markers. We can translate this into upper limits on the rate of such exotic Higgs boson decays.

The above figure is the result of a statistical analysis in this observable. The event data sample is split up into two regions, depending on how massive the combined system of the two forward jets is: the greater the mass, the lower the background level, and the figure shows the higher sensitivity mass region. Contributions expected from the Standard Model processes are shown as stacked, filled histograms, which in their sum agree very well with the CMS measurement (black markers). A hollow green histogram shows how contributions from the semi-visible decay of the 125 GeV Higgs boson into a Standard Model photon and a dark photon would look like. For the signal, the transverse mass shows a characteristic feature around the Higgs boson mass, a scenario that is clearly disfavored by the data.

The CMS collaboration has turned this into upper limits on the frequency at which the 125 GeV Higgs boson may decay into this semi-visible signature. With this analysis alone, we conclude that less than 2.7% of all Higgs bosons produced could decay semi-visibly. When combined with previous results for another Higgs boson production mechanism, the upper limit gets further reduced to 2.1%. This is an impressively small number and will help theorists to refine their theories for dark interactions and physics beyond the Standard Model.