The precise knowledge of the top quark mass is of paramount importance to understand our world at the smallest scale. Knowing this heaviest elementary particle as intimately as possible is crucial because it allows testing of the internal consistency of the mathematical description of all elementary particles, called the Standard Model.

And remarkably the very stability of our universe depends on the exact values of the Higgs boson and top quark masses. We only know that the universe is very close to a metastable state with the present precision. If the top quark mass is even slightly different, the universe would be less stable in the long term, potentially eventually disappearing in a violent event similar to the Big Bang. 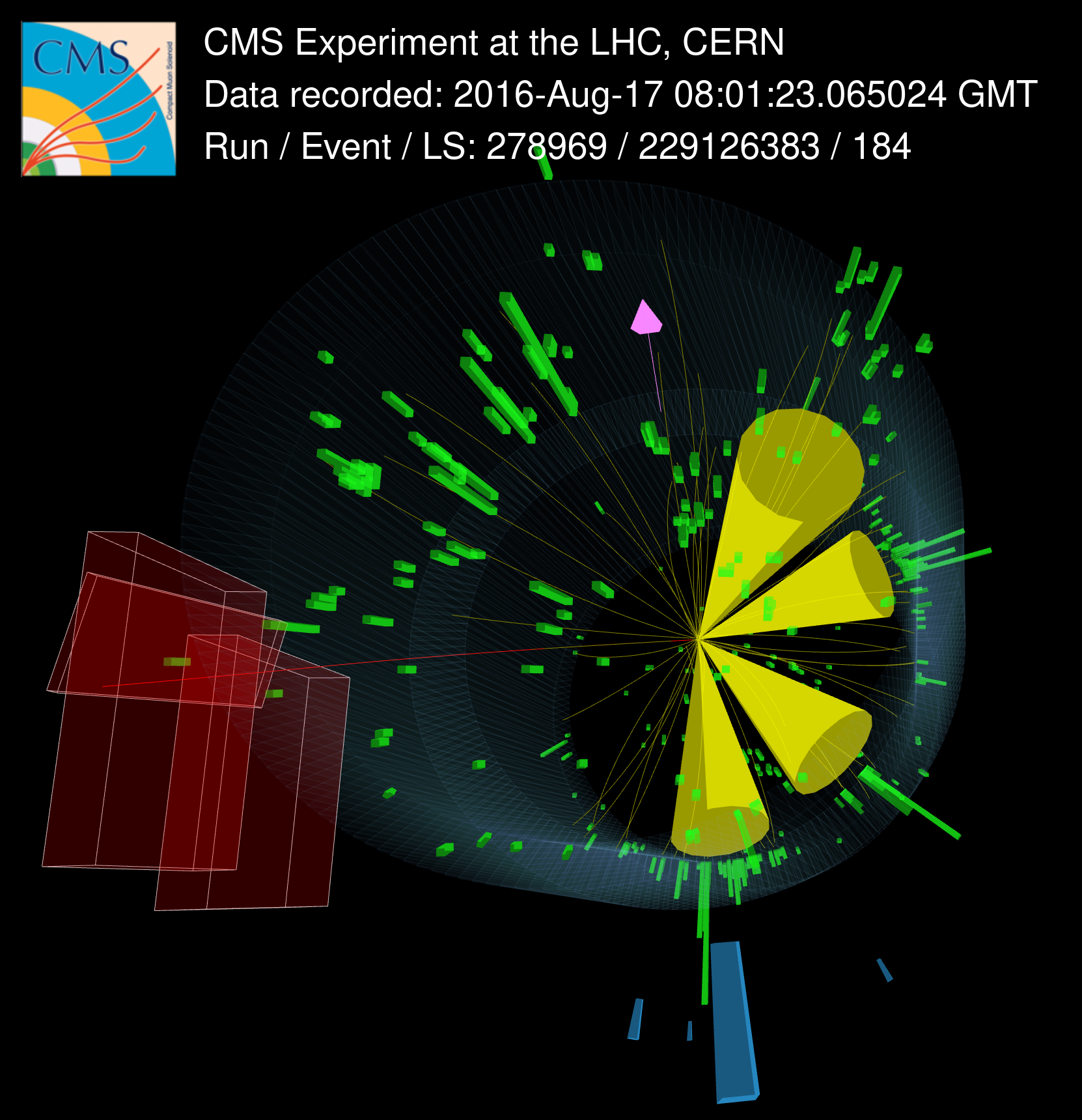 Figure 1: The classical signature of a top quark pair in LHC collisions is four jets (yellow cones), one muon (red line, also detected by the muon detectors as red boxes), and missing energy from a neutrino (pink arrow).

The top quarks created in LHC collisions were measured using five different kinematic variables sensitive to the top quark mass instead of only up to three used in previous measurements. While this might sound like merely a technical improvement, it makes the analysis of the data significantly more complicated. Including this extra information allows for improving the precision of this new measurement in a novel and unconventional way.

Furthermore, extremely precise calibration of the CMS data and an in-depth understanding of the remaining experimental and theoretical uncertainties and their interdependencies were necessary. The uncertainties on how accurately the CMS detector has determined the properties of particles from the produced top quarks were in this innovative method for extracting the top quark mass. The uncertainties coming from the limitations of theoretical descriptions of the production of top quarks were also understood in much more detail. With this method, all those uncertainties were also extracted during the fit that determines the final value of the top quark mass, and this meant some uncertainties could be estimated much more accurately.

The CMS collaboration has made a significant leap forward with this new method to measure the top quark mass. The cutting-edge statistical treatment of uncertainties and the use of more information have vastly improved this new measurement. Another big step is expected when the new approach is applied to the more extensive dataset recorded in 2017 and 2018.