In a detector far, far away: searching for elusive long-lived travellers by tracing pairs of muons 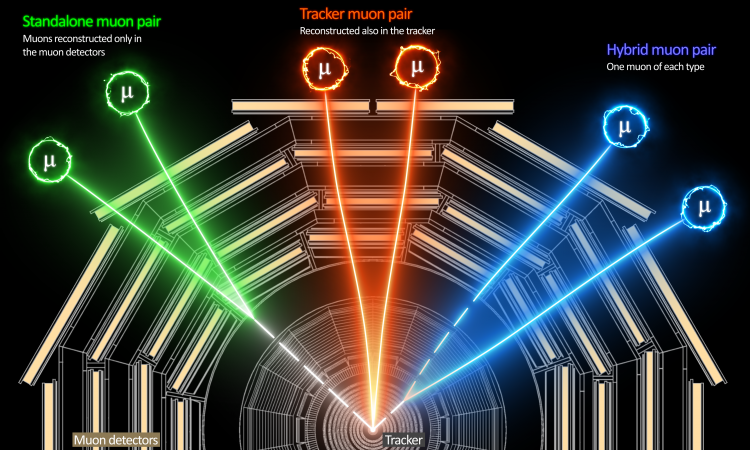 “The important thing”, said Einstein, “is not to stop questioning”, and we, as humans, never have. What is it all made up of? How does it fit together? We’ve been yearning to answer these questions for aeons, with our collective efforts culminating in the so-called standard model of particle physics. Yet, today, we are at a wonderful crossroads. We know, both from the theory and experiments, that there must be physics beyond the standard model; still, we have not been able to find any direct evidence about it.

One scenario in which possible signatures of the undiscovered physics can remain particularly elusive is if it manifests in terms of exotic particles with “long” lifetimes. The property "long" here refers to an average lifetime being greater than a tenth of a billionth of a second. This can arise in several of the proposed extensions of the standard model. The most challenging part, experimentally, is that these particles do not decay close to the region of beam collision at the centre of our detectors – the scenario most of the searches are focused at – but travel some measurable distance before decaying into detectable (standard model) particles. In a recent new search, scientists in the CMS Collaboration have looked for production of such exotic, neutral particles, with a wide range of masses and lifetimes resulting in them decaying away from the beam collision region. For this search, the scientists used mainly the innermost and the outermost detection layers of the CMS detector, the tracker and the muon subsystems. Information from these two is utilised in a complementary way to identify two muons of opposite electric charges. Figure 1 illustrates a collision event where the muons appear to originate from a point other than where the beams collide. Thus, in principle, they could be from the decay of a long-lived particle!

Figure 1: A candidate collision for a long-lived particle that decays into a pair of muons away from the interaction point, reconstructed in the CMS detector. The yellow lines correspond to the two standalone muons, which are detected only in the muon system. The muon tracks are used to calculate a combined vertex, indicated by the white circle, where the long-lived particle is hypothesised to have decayed.

The analysis takes into account various possibilities regarding the origin of each muon. The data are classified into three categories based on the common origin of the two muons lying i) near the point of beam collision, ii) significantly away from the point of collision, and, iii) a hybrid combination. The fractions of the muon pairs in a simulated sample, that fall into these three categories, are shown in Figure 2 as a function of the transverse distance traveled by the long-lived particles. By maximally using the information recorded in the detector about each muon, the pair that appears to be originating from a vertex displaced from the proton-proton interaction point is identified. 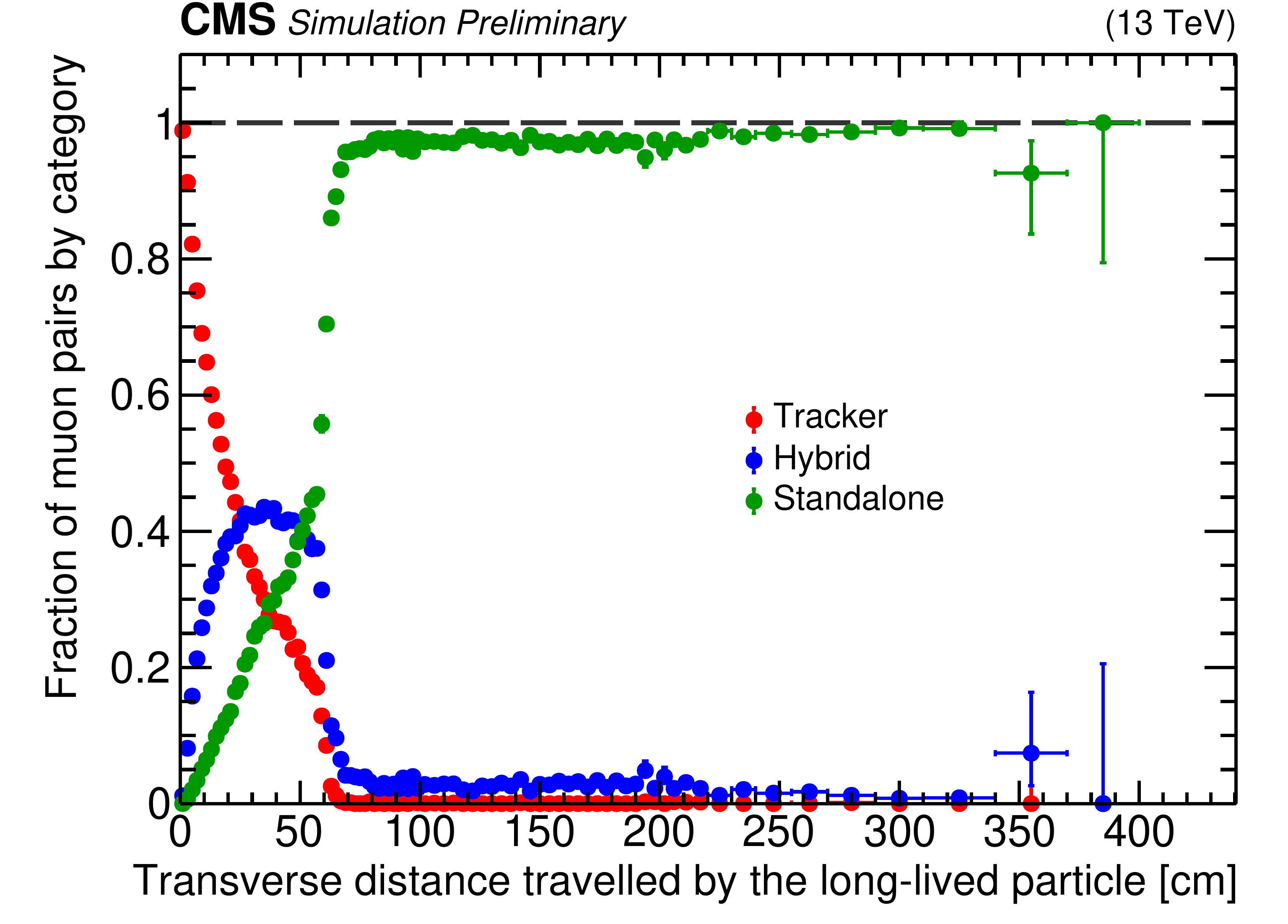 Figure 2: Fractions of muon pairs, in a simulated sample, which fall into various categories (illustrated via the cartoon in the banner), as a function of the transverse distance traveled by the long-lived particle before decaying into two muons.

As with all such searches, there is the nuisance of background: imposters that look like our sought-after signal but arise from other sources. In this case, the background comes from mis-measurement of the particle tracks. After estimating the number of background events expected in each category, and comparing it with the number of events observed, no significant deviation was found from the predictions of the standard model. Too bad! However, all is not lost; the negative result is still a big leap in our quest for the truth as it enables us to derive constraints on physics models covering a wide range of decay lengths – from a few hundredths of a millimetre to several kilometres!

The quest for long-lived particles is not over yet. With sophisticated algorithms for recording and analysing collisions even more efficiently in the future, larger volumes of anticipated data in the next and subsequent operations of the LHC will allow exploration of even more challenging but equally plausible configurations for the long-lived particles. Maybe, we’ll stumble upon something that will change the course of our understanding of the Universe. We’ll have to see what the future holds!