The Four Beauties in the Tale of two Higgses 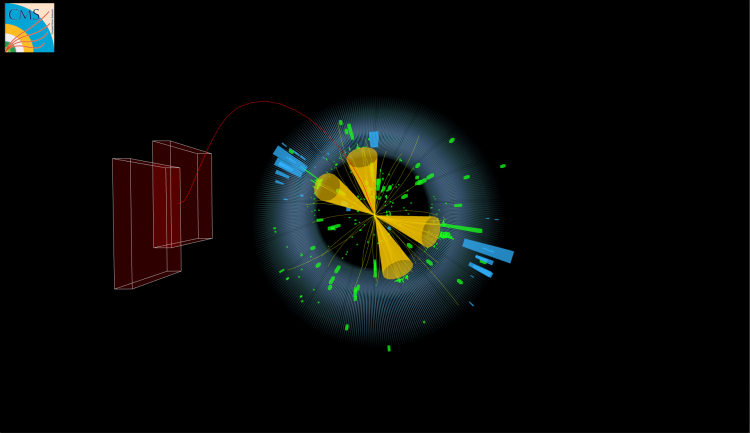 The interaction of the Higgs boson with its own field leads to its mass generation. Since the Higgs boson mass has already been measured, the study of the Higgs pair production at the LHC reveals directly the strength of the Higgs self coupling λHHH. This parameter, in turn, describes the shape of the Higgs potential which connects directly to the physics of the very early universe. The measurement of this coupling, thus, remains the most important experimental mandate in the characterization of the Higgs boson resonance discovered in 2012. Knowledge of several other aspects of Higgs boson physics has been gained experimentally with reasonable accuracy, and along with other measurements performed during the last decade. They all conform to the description as envisaged in the standard model. However, such a vindication remains incomplete until the value of λHHH is measured in an experiment. The task of the experiment is to measure this value and compare it with the standard model prediction. If it differs from the expected standard model prediction it could be a hint that Nature has something new to reveal in a subtle way!

The rate of Higgs boson pair production at the LHC is unfortunately very low as predicted by the standard model, and hence, the accumulated data from the LHC would not yet sufficient for the observation of two simultaneously produced Higgs bosons. However, who knows? An anomalous value of the coupling may cause an increase in the rate and thus potentially improve the chances of its observation with the data already collected. Since the largest decay probability of Higgs bosons is into a pair of bottom or beauty (or simply b) quarks, scientists in the CMS collaboration set out on pinning down the value of λHHH by hunting out the production of a pair of Higgs bosons, with each decaying simultaneously to b quark pair, and thus leading to a final state with 4 b quarks.

Typically at the LHC, gluons from the colliding protons take the lead in producing a Higgs boson pair, via a convoluted process and involving a third intermediary Higgs boson. The interaction that makes two Higgs bosons thus directly depends on the trilinear coupling of Higgs λHHH, but on no other massive new particle or resonance. In addition, when the relatively shy quarks scatter off to produce a Higgs boson pair, another new type of Higgs coupling, yet to be established, is at play, this time involving 4 particles: 2 weak vector bosons and 2 Higgs. The former process is named gluon fusion, while the latter is known as vector boson fusion.

An inclusive search involving 4 b jets in the final state which are positioned mostly in the central region of the detector combined with the identification of additional 2 light quark jets with the distinctive topology of vector boson fusion, helps in improving the experimental sensitivity significantly. However, the important job of identification of the feeble signal process is ferociously challenged by the milieu of casual but much more prolific production of multi-jet events in the detector. The art of reducing this overwhelming background and harvesting the interesting result requires extensive knowledge of the detector performance, understanding of theoretical subtleties, and sound statistical interpretation of the data. Figure 1 shows a CMS event candidate compatible with the production of a Higgs boson pair with four b jets in the final state.

Figure 1.  An interactive display (try zooming/rotating!) of a proton-proton collision recorded by the CMS experiment in 2017. The event display shows a collision consistent with the gluon fusion production of a Higgs boson pair with four b-quark jets (yellow cones) in the final state. You can also check out this display on a separate page!

Using novel analysis methods and ample application of modern machine learning techniques, the latest result from the CMS collaboration searching for non-resonant production of Higgs boson pairs via 4 identified b jets brings a substantial edge over other final states considered for the same purpose. Needless to say, when all measurements are combined, the statistical inference becomes stronger. Figure 2 illustrates one of the distributions used in the data analysis, corresponding to the output of a Boosted Decision Tree (BDT). The BDT is a machine learning algorithm that combines the information of several variables to disentangle signal and background events. The signal would appear as an excess of events at high values of the BDT output. 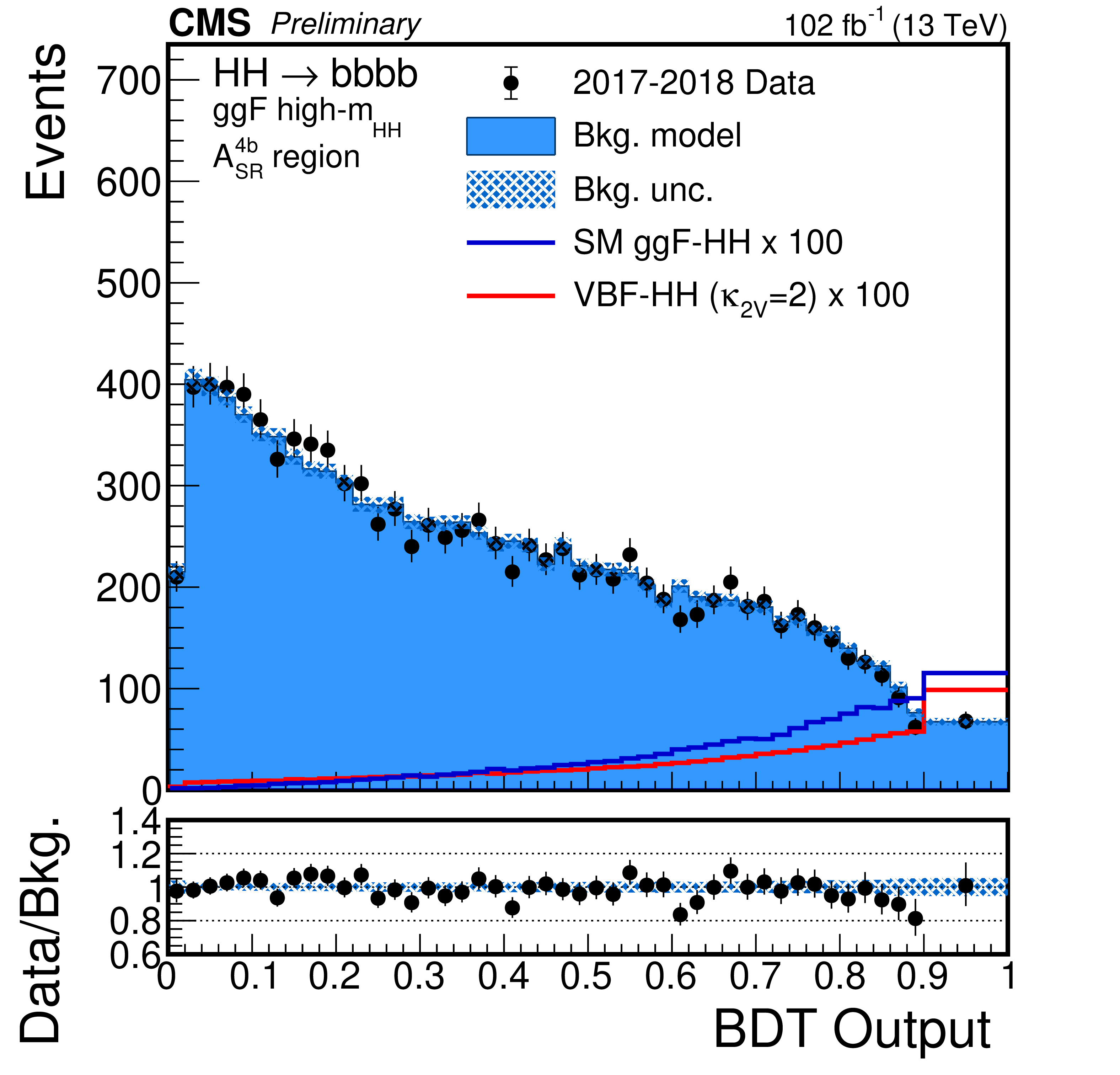 Figure 2. The distribution used for analysis in the data collected from 2017 to 2018. The selected events are consistent with a Higgs boson pair (HH) production via gluon fusion (ggF), where the HH mass is larger than 450 GeV. The observable is the output of a Boosted Decision Tree (BDT). The multi-jet background model (light blue) is derived using a multi-dimensional machine learning algorithm. The expected signals shown in the figure correspond to 100 times the prediction for the SM gluon fusion HH (dark blue line) and an anomalous vector boson fusion HH (red line).

The reach of this new result in terms of the upper limit on the production cross section and the allowed intervals of the couplings is impressive, providing some of the best constraints to date at the LHC.  Essentially, the production cross section of the Higgs boson pairs cannot be larger than 3.6 times what the standard model predicts. The value of the self-coupling λHHH is constrained within -2.3 and 9.4 times the expectation from the standard model. Furthermore, the value of the coupling between two vector bosons and two Higgs bosons is found to be within -0.1 and 2.2 times the standard model value.