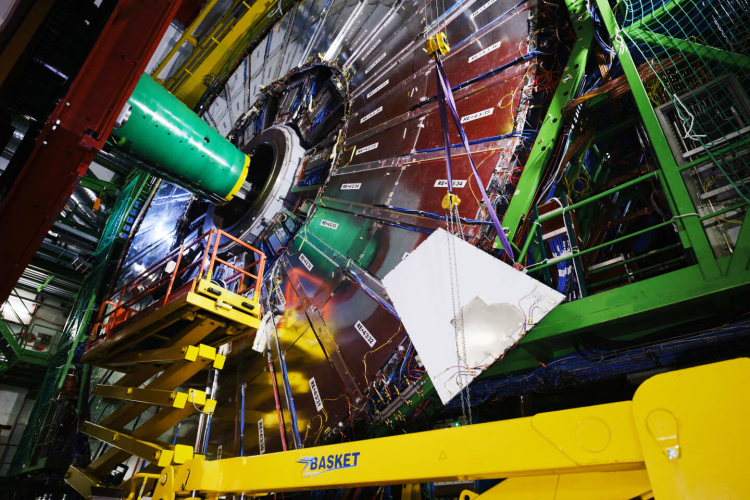 The installation of a new prototype of  CMS muon chambers was completed last December. With these installations, the CMS detector is taking further steps towards the HL-LHC era at CERN.

With the future High Luminosity Large Hadron Collider (HL-LHC) phase, the integrated luminosity (how often particle collisions occur) of the biggest accelerator in the world will increase enormously. In order to cope with this future challenge, all the existing experiments at the LHC, including the CMS experiment, need to be efficient enough to quickly identify high momentum muons: this parameter describes the mass in motion of muons particles and it is a key characteristic signature of new physics processes.

During HL-LHC the background and number of particles crossing the CMS detector almost simultaneously, will be very high. This makes the muon particle tracks reconstruction a major challenge, both for the muon trigger and the offline analysis. It can be met only if the number of signals recorded for a single particle is sufficiently large for event reconstruction, and if both the spatial and the time resolutions are very good. Most backgrounds and muons are produced in the forward direction (almost parallel to beam trajectory). Currently this region in CMS is not yet fully equipped with all the muon chambers. In addition, the magnetic bending is reduced due to their trajectories being nearly parallel to the magnetic field lines, so that muon properties measurement is particularly challenging here. Therefore, the forward region of the CMS detector must be completed with the missing muon chambers, and complemented by additional muon detectors to enhance the redundancy and to resolve the track reconstruction ambiguities.

The latter includes the installation of two new RPC stations with improved chambers (iRPC) and front-end electronics’ designs. The iRPC technology will be used in the two outer stations of the muon endcaps, several meters away from the point where the bunches of protons collide inside the CMS detector.  In these forward regions of the detector, these novel gaseous technologies will be capable of handling high particle rates.

Last December two iRPC demonstrator chambers were installed to get experiences with this new technology in the real CMS conditions with high magnetic field and massive background during Run 3. The final installation of both stations is expected by the end of 2023/24. Huge efforts are ongoing at CERN 904 lab & in Belgium, Brazil, Bulgaria, China, France, Georgia, Iran, Italy, Korea and Mexico to make the "iRPC upgrade project" a success. 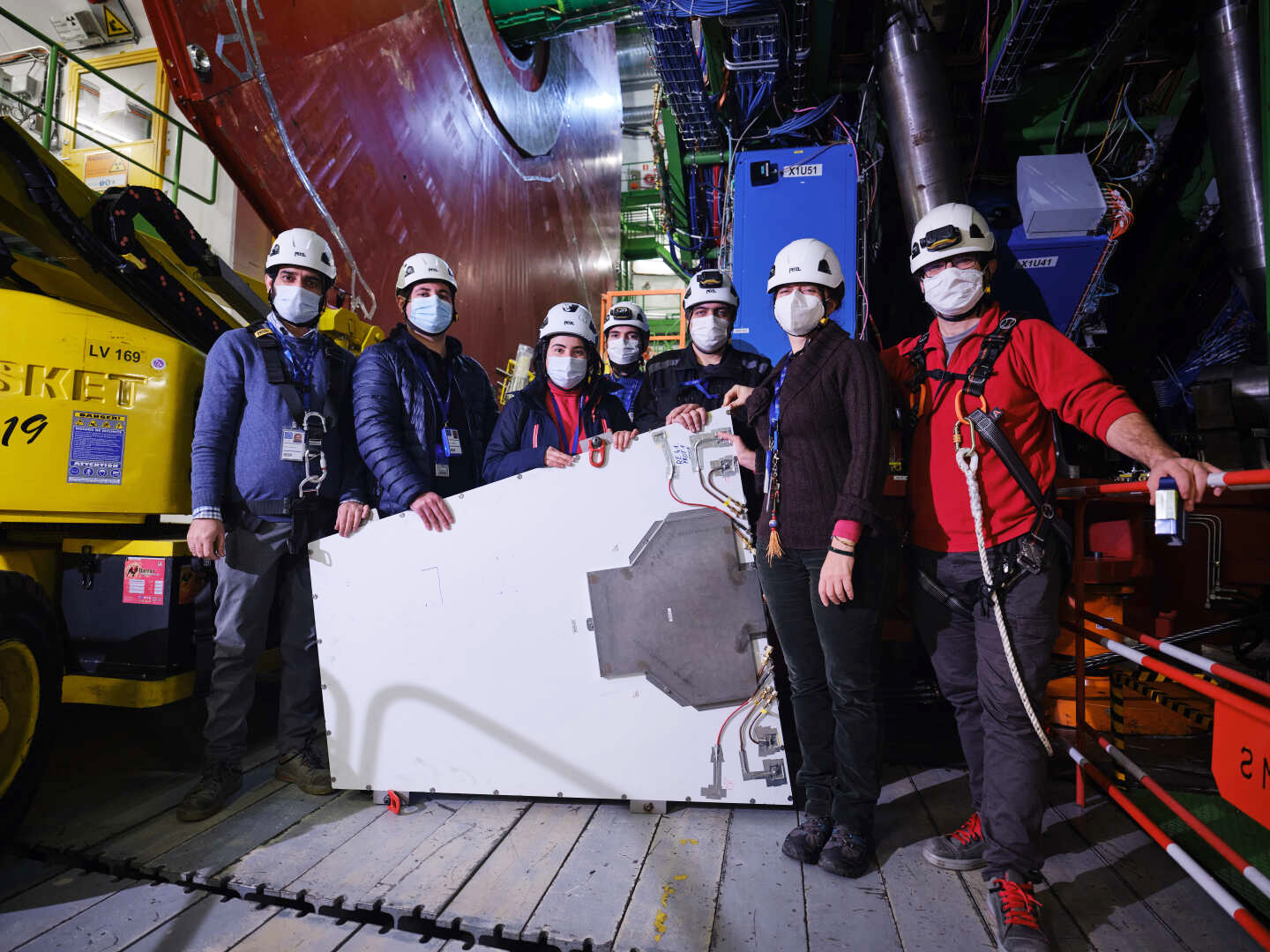