The installation of the beam pipe: a delicate surgical operation at the heart of the CMS experiment 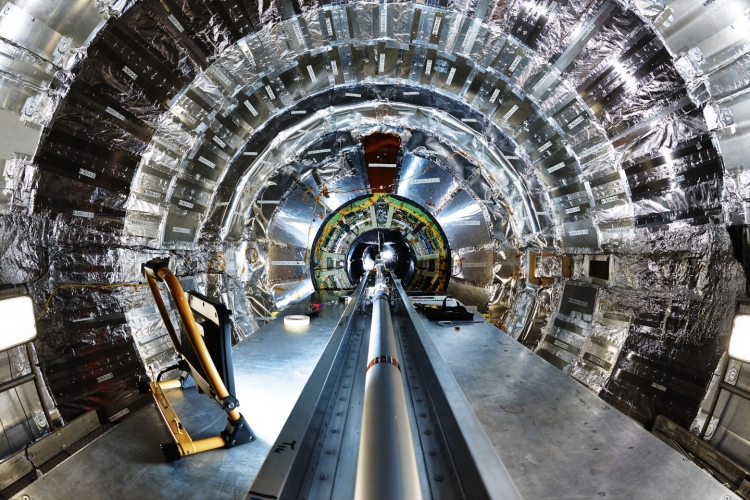 Reaching another major milestone of the Long shutdown 2 and performing the biggest upgrade of the experimental beam vacuum system since the first operation of CMS in 2008. After several years of complex design, manufacture and planning, the CMS collaboration, in tight cooperation with experts of the CERN Technology Department-Vacuum, Surfaces, and Coating group, have been installing the new heart of the detector, the beam pipe, over the last months. This fragile 36 m long component, in which the LHC beams collide at the Interaction Point (IP), will be one of the last elements of the experiment to be installed before closing the detector.

The design of the new beam pipe is complying with numerous demands of physics, vacuum, and integration requirements. From either side of the IP, the cylindrical section, with an aperture of 43.4 mm of the central chamber, is extended from 1.6 m to 3.1 m, to be compatible with the Phase-2 Tracker sub-detector that will be installed during Long Shutdown 3 (LS3). The length of the Beryllium section, which assures the maximum transparency to particles, and of the overall chamber, remains the same.

After the central chamber, comes the longest vacuum chamber with a length of 7 m, which is the Endcap chamber (figure 1). This is pointing to the IP with a smaller angle and aperture during Run 3 compared to Run 2, to comply with the requirements set by physics.

An important change, with respect to the previous layout of the beam pipe, consists in a new vacuum pumping group, moved away from the detector at 16 m from the Interaction Point, to ease the maintenance, and is now installed between the HFCT2 and the forward chambers (figure 1) beyond 17 m from the IP, where new vacuum modules will be installed during LS3 as part of the upgrade of High-Luminosity LHC (HL-LHC), it was decided to maintain the present layout, in order to keep a certain degree of freedom for the foreseen engineering changes.

Another key motivation behind the beam pipe layout change, is the reduction of radiation dose obtained by personnel during interventions. The new Aluminium alloy, compared to stainless steel which was the material of the old beam pipe, provides a significant reduction of induced radioactivity by a factor of 5, due to neutron activation. This alloy has been chosen to be the main material of the experimental vacuum chambers for Run 3 and the HL-LHC era.

After a series of acceptance tests performed on the vacuum chamber segments, they have been equipped with a set of Fiber Bragg Grating sensors to monitor the temperature and then wrapped up with heating foils, the so-called Bake-Out jackets, that will be used to heat up the beam pipe from ambient temperature to 230°C after the installation. The Bake-Out will activate the non-evaporable getter (NEG) material already coated on the inner surface of the vacuum chambers, which will act as a distributed vacuum pump, constantly absorbing any residual gas. This will clean out the stray particles and help to achieve the ultra-high vacuum: this is essential inside the beamline of any particle collider to prevent collisions of circulating beam particles against residual gas molecules, which would scatter the beam creating a noisy background for the detector and degrading the beam life. 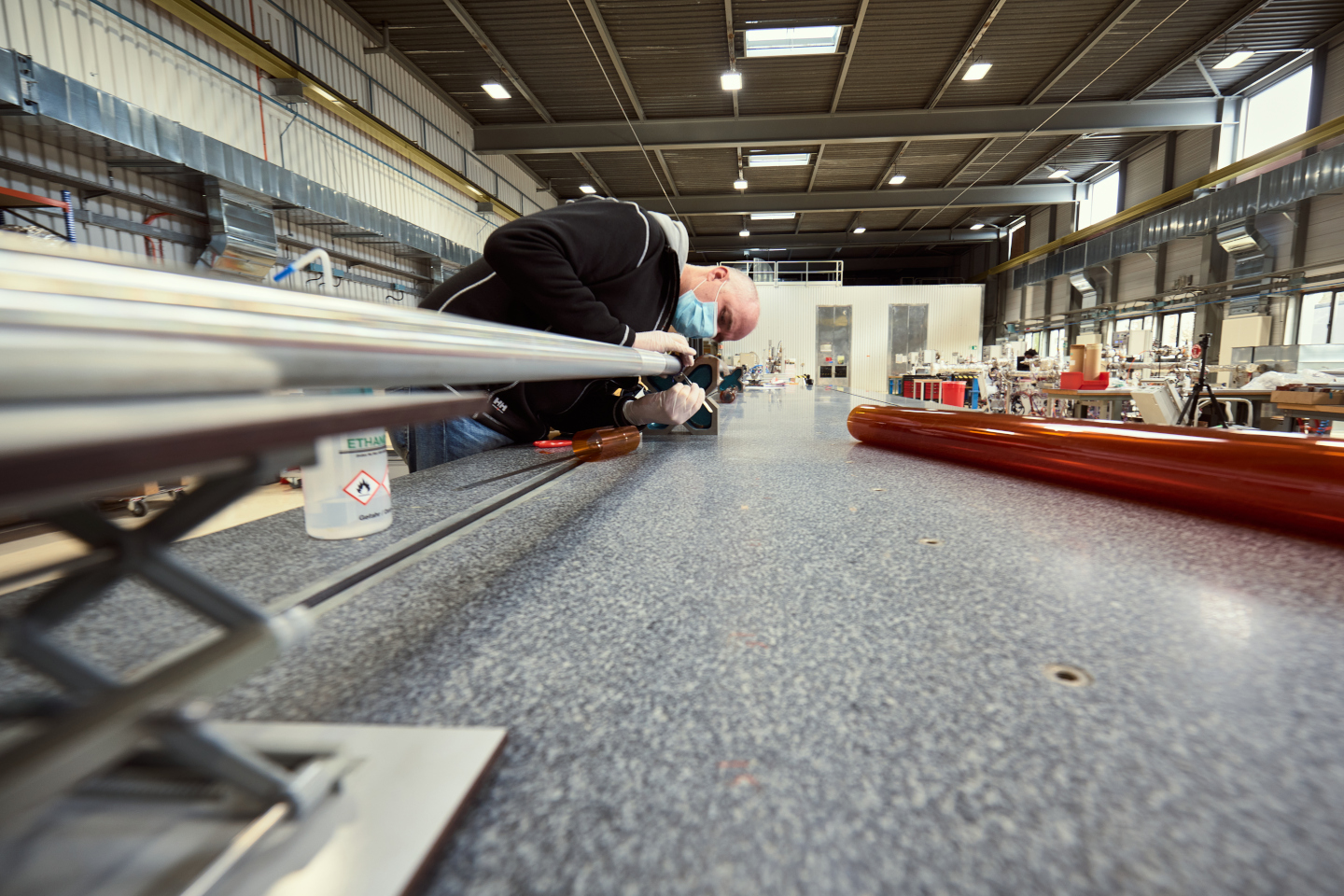 Figure 2- Installation of the optical fibers for the monitoring of the central segment of the new vacuum chamber of CMS. Credit: CERN. Traczyk, Piotr.

Following a detailed installation sequence, foreseeing a parallel installation of the vacuum pipe segments in both ends of the experiment and taking advantage of its symmetry and modularity, the mechanical installation of the chambers and all their operational and temporary supports, have been finished by the last week of April. The forward chambers were first, in the row of seven new chambers, to be installed: the CMS configuration has then been adapted by fully opening the Yoke Endcaps, giving access to continue with the insertion of central, HFCT2 and finally the End cap chambers. The position of each chamber has been surveyed after the installation and aligned with respect to the CMS coordinate system. 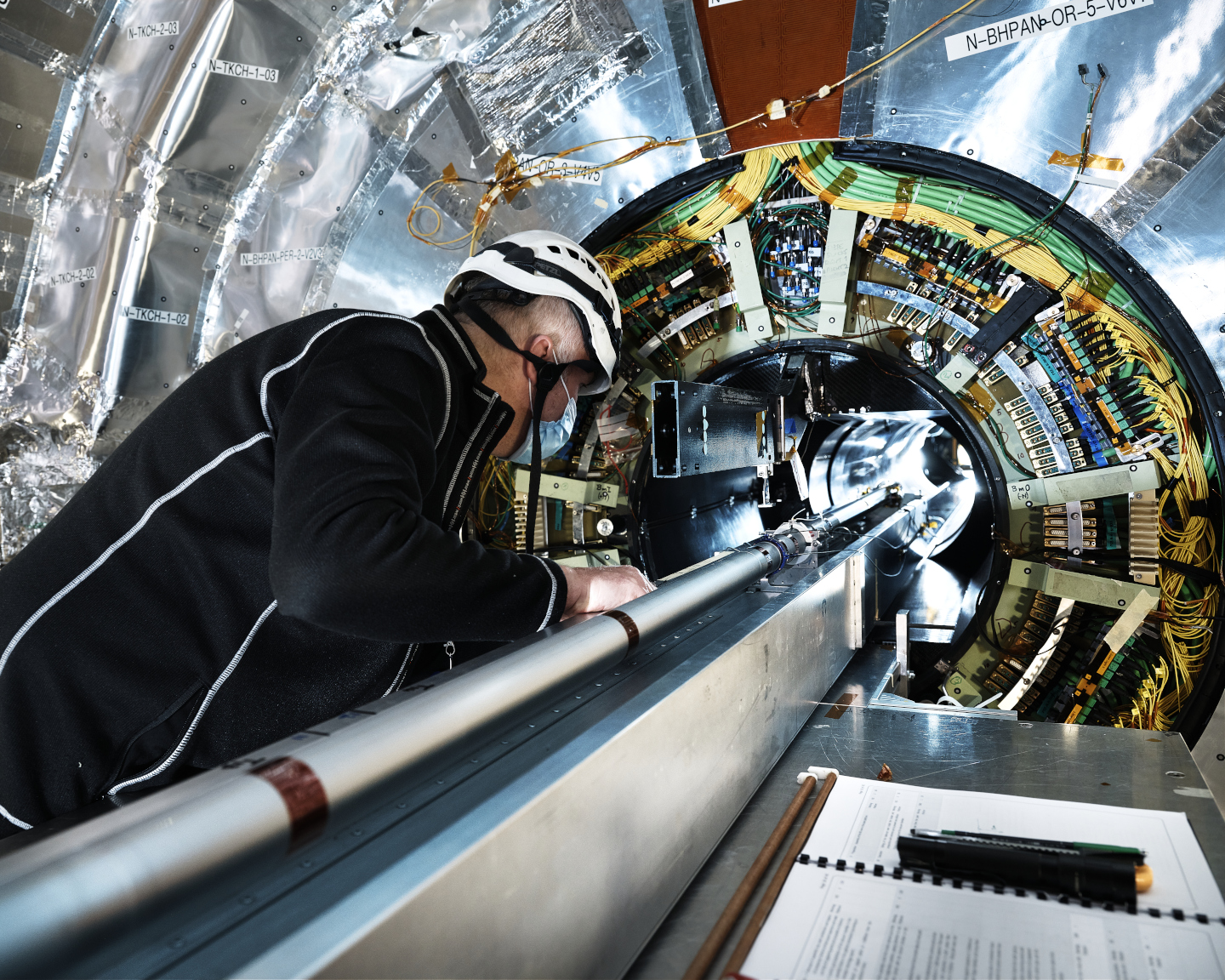 With the mechanical installation being completed, a global leak test will be performed on the chambers, with the aim of reaching an ultimate pressure of 10−11 millibars. Then, the detector Endcaps will be positioned in the Bake-Out configuration, which will take place for 168 hours. A final step of ultra-pure neon injection will complete the activity, making the new beam pipe ready for Run 3.