Jets-of-all-trades: constraining Standard Model and Beyond

For the first time, CMS physicists extract the fundamental parameters of QCD together with constraints on the New Physics.

Any tiny failure of the Standard Model to explain data behaviour is a possible window for the New Physics. An example is the magic number three: the known fundamental building blocks of matter, quark and leptons, are sorted, according to their quantum properties, into three ‘families’. However, only the members of the first family form stable matter. This fact has no Standard Model explanation. A possible explanation could be that quarks are composed of more elementary objects, subject to a fundamentally new interaction setting up at very high energy. Such new quark interactions are theoretically modelled by introducing ‘effective’ couplings of so-called quark ‘contact interactions’, which can be probed in proton-proton collisions at the Large Hadron Collider.

Experimental verification of the quark contact interactions is challenging: the strong force prevents quarks from being observed as free particles. Once kicked out of a proton, they form collimated bundles of hadrons, so-called jets, that can be measured experimentally. The signature of new interactions would show up as a deviation of the observed jet production rate from the Standard Model expectation. Sounds simple, but the tricky part is that the observed jet rate is a mixture of the new interaction with the Standard-Model process, driven by the strong interaction of quarks and gluons in the colliding protons. To disentangle these, not only high precision values of the Standard Model parameters are needed, but also a new concept of extracting the new couplings, unbiased from the strong interaction.

Figure 1: An interactive event display (try zooming/rotating!) with two jets (orange cones) with transverse momentum of more than 3 TeV each, produced in proton-proton collisions at a centre-of-mass energy of 13 TeV at the LHC. The yellow lines correspond to trajectories of charged particles in the tracking detectors, and the blue and green shaded towers show the energy deposits in the calorimeters. The red lines represent muons traversing towards and through the muons chambers. You can also check out this display on a separate page!

Jets are the most common object in collisions recorded at the LHC. Any jet comes from a (high energy) quark or a gluon, and the rate of jet production is driven by the value of the strong coupling constant. By measuring jets, the physicists can conclude back on the momentum and direction of the original quark or gluon and the strong coupling. Therefore, the jet measurements are of key importance for refining our knowledge of the proton structure. With a new measurement, the CMS Collaboration explores, for the first time, the sensitivity of jet production to the strong interaction and its power to uncover hints to new physics simultaneously. 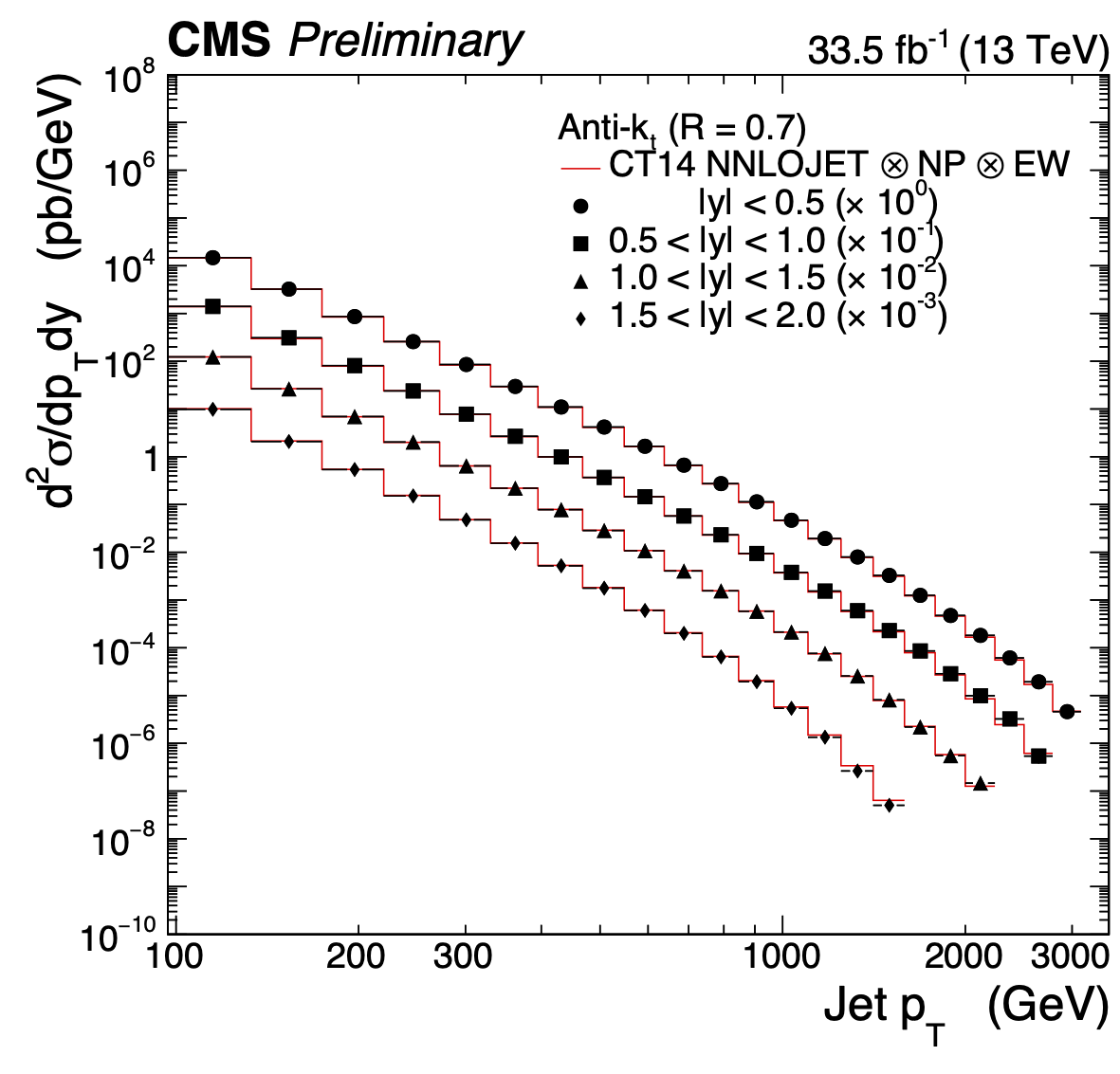 Figure 2: The jet production rate measured as a function of the jet transverse momenta pT in different ranges of jet rapidity y.

Experimentally, jets are seen by the CMS detector as a combination of the tracks and the energy deposits in the calorimeters. A collision event that results in the production of a jet pair, as is seen in the CMS detector, is shown in Figure 1. At the LHC, the collision rate is increased by colliding several pairs of protons per bunch crossing. This makes the jet measurements challenging, and advanced statistical methods are needed to correct the measurements from the numerous detector effects. 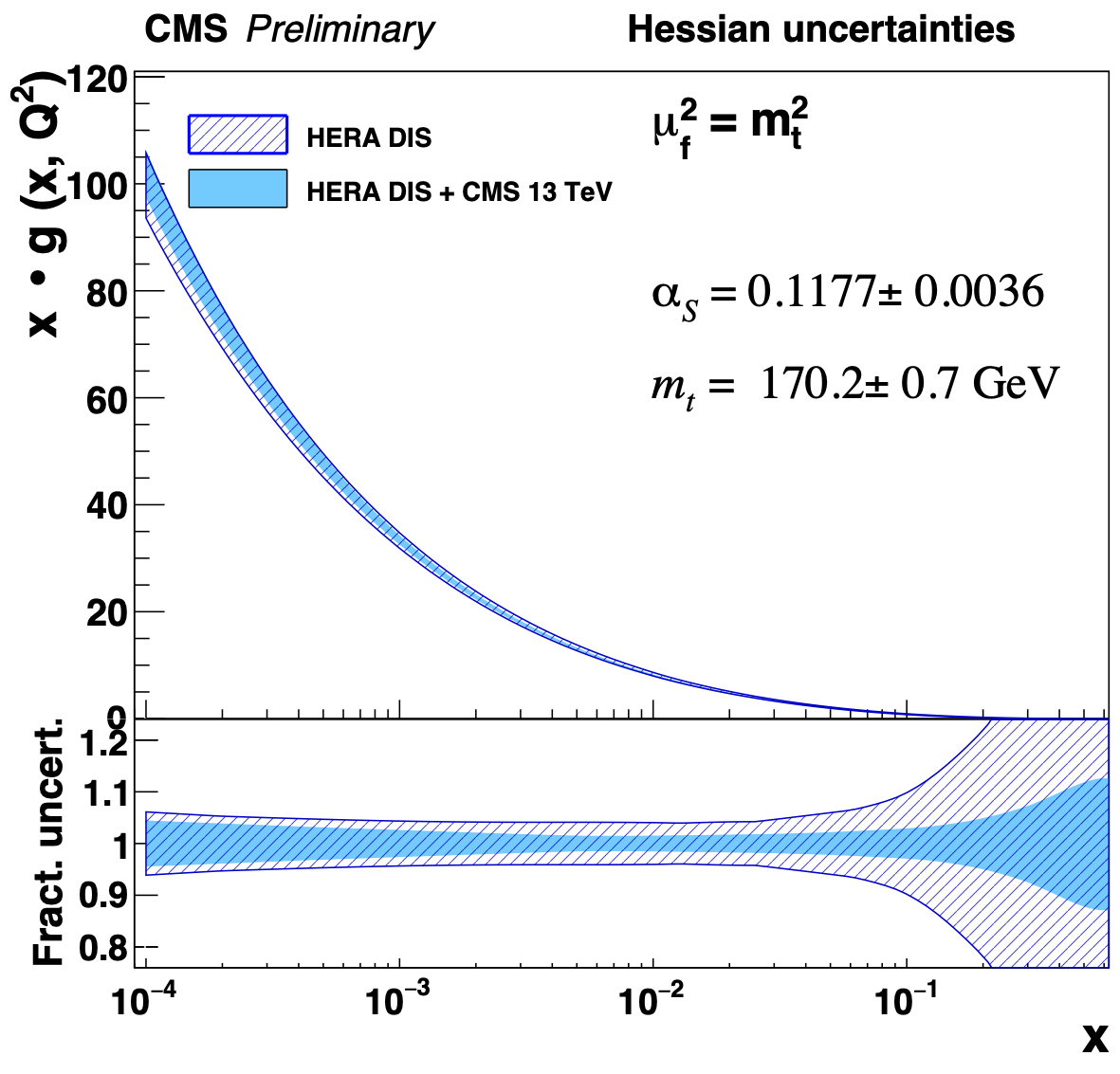 Figure 3: The distribution of the gluons inside the proton, shown as a function of the fraction x it takes from the proton momentum, at a scale of the order of top-quark mass. The blue band shows how the accuracy improves once the CMS measurements described here are combined with the data of deep inelastic scattering at HERA collider - the basis for any analysis of the proton structure.

The energy and direction of the jets are measured, reaching the jet transverse momenta up to 3 TeV - the kinematic range, where possible effects of the quark contact interactions could be present. The measured jet rates, shown in Fig. 2, are interpreted using the model. The strong interaction theory is modified by the addition of the effective terms, mimicking the new interaction. As a result, the analysers not only improve the knowledge of the quark and gluon distribution in the proton and the strong coupling, as shown in Fig. 3, but at the same time, they can impose constraints on the New Physics, pointing to the energy scale of the new interaction higher than 24 TeV.

This is the first step towards the global interpretation of many further processes at the LHC in terms of the Standard Model and its extensions, all at once!