LHC beam pipe to be mined for monopoles 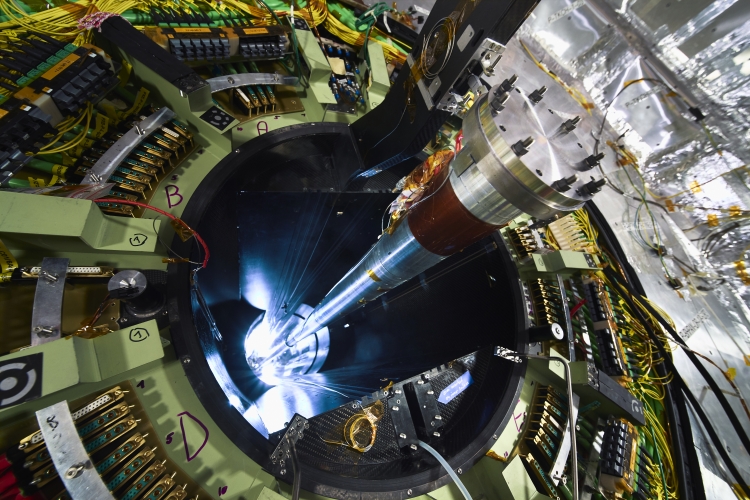 In February, the CMS and MoEDAL collaborations at CERN signed an agreement to hand over to MoEDAL a section of the LHC beam pipe that was located inside CMS between 2008 and 2013. The delicate object, 6 metres long and made of beryllium, will now be sliced and fed into a highly precise magnetic sensors in order to allow MoEDAL to look for magnetic monopoles: hypothetical particles with only a single magnetic pole – north or south – unlike north-south dipoles we are familiar with.

Paul Dirac posited the existence of magnetic monopoles in 1931, and, although never observed, they could be produced in collisions within the LHC. They would not travel very far after being produced, binding with the beryllium nuclei of the beam pipe and remaining there awaiting discovery.

The MoEDAL collaboration will cut the beam pipe at a special facility at the Centre for Particle Physics at the University of Alberta in Canada and ship the pieces back across the Atlantic to ETH Zurich in Switzerland to look for electromagnetic anomalies in them. Many theories attempting to unify all of the known forces into a single force (so-called “Grand Unified Theories”) require the existence of monopoles and finding them could open the door to all-new physics.

Read more about this search in the CERN Courier.