LHC as the vector boson collider 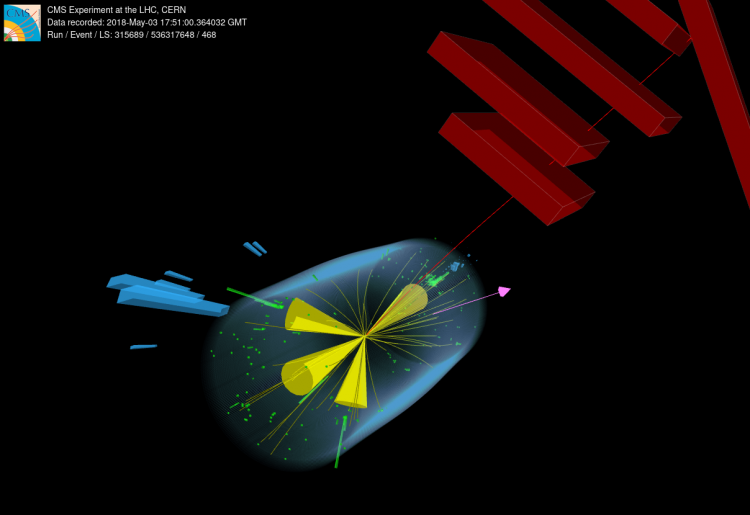 Figure 1: Vector boson scattering in proton-proton collision and subsequent decay identified with 4 hadronic jets, a muon and missing energy (due to a neutrino) in the final state

After the Higgs boson discovery in the year 2012, the standard model of particle physics offers a complete and consistent description of elementary particle interactions that, despite the many attempts, has not been falsified by experimental evidence to date. Nevertheless, several hints indicate that a new more comprehensive theory that includes and extends it may exist, for example justifying the indirect evidence of dark matter, naturally giving non-null mass to neutrinos, explaining the apparent excess of matter over antimatter in the universe. As it happened for classical mechanics with respect to relativity and quantum physics, the differences between the standard model and a new theory are likely to arise at large energies, unreachable by current experimental facilities.

The vector boson scattering is one of the ideal phenomena at the LHC where to search for such anomalies with respect to the standard model. This process happens when a constituent quark from each of the incoming proton beams emits a vector boson, which in turn interact among themselves. This process allows CMS physicists to directly examine the Higgs mechanism since without it the standard model cannot calculate how often these kinds of collisions happen as the formulas give infinities!

Vector boson scattering collisions are identified by finding collisions that contain two vector bosons resulting from the scattering and the remnants of the parent quarks, which show up as collimated showers of particles called "jets". Because the jets directly come from the LHC proton beams, they will be measured in opposite regions of the particle detector. Vector bosons, instead, have an extremely short life and decay almost immediately after the interaction. These decay products are then looked for in the CMS detector. This analysis describes the case when one of the two vector bosons decays into two quarks, while the other one, a W boson, disintegrates into an electron or a muon along with a neutrino. This specific decay pattern is favourable in terms of the expected number of events,  while the presence of an electron or muon in the event helps in identifying and collecting the collision.  Figure 1 shows a display of an event recorded by the CMS detector, where the particles produced in the proton-proton collision, happening in the middle of the image, are displayed in a simplified representation of the detector itself. The red line indicates the trajectory of a muon. The purple arrow shows the amount of missing transverse energy, due to a neutrino escaping detection. Jets are highlighted by yellow and orange cones stemming from the center of the image. Other kinds of charged particles are represented by yellow lines, while the energy deposits are shown as green and blue towers.

Figure 2: Interactive event display (try zooming/rotating!) of a proton-proton collision at a center-of-mass energy of 13 TeV recorded in the CMS detector. The event is a candidate for the scattering of two vector bosons and their subsequent decay. The red line traveling towards the right is the trajectory of a muon due to the decay of one boson; the purple arrow indicates the amount of missing transverse energy, due to the corresponding neutrino escaping detection. Two jets originating from the decay of the other boson are represented by yellow cones. The jets shown by orange cones are remnants of the scattering process, and they point roughly along the direction of the colliding beams. Other charged particles are represented by yellow lines, while the energy deposits are shown as green and blue towers. View the interactive event display on this separate page.

Since the signatures are very different as well as the identification of electrons and muons in the experiment, the data have been split into corresponding categories and analysed separately. Unfortunately, in all the categories, many other possible interaction types are likely to occur and mimic a vector boson scattering-like event. Accounting for these unwanted events, amounting to about 2000 times larger statistics compared to the actual signal, is a major concern. To achieve this goal, the analysers designed a deep learning algorithm to discard the uninteresting events. Figure 2 shows the distribution of the deep learning algorithm for one of the analysis categories (DNN score), where the black dots represent the observed counts in the data, while the coloured areas correspond to the various sources of backgrounds. 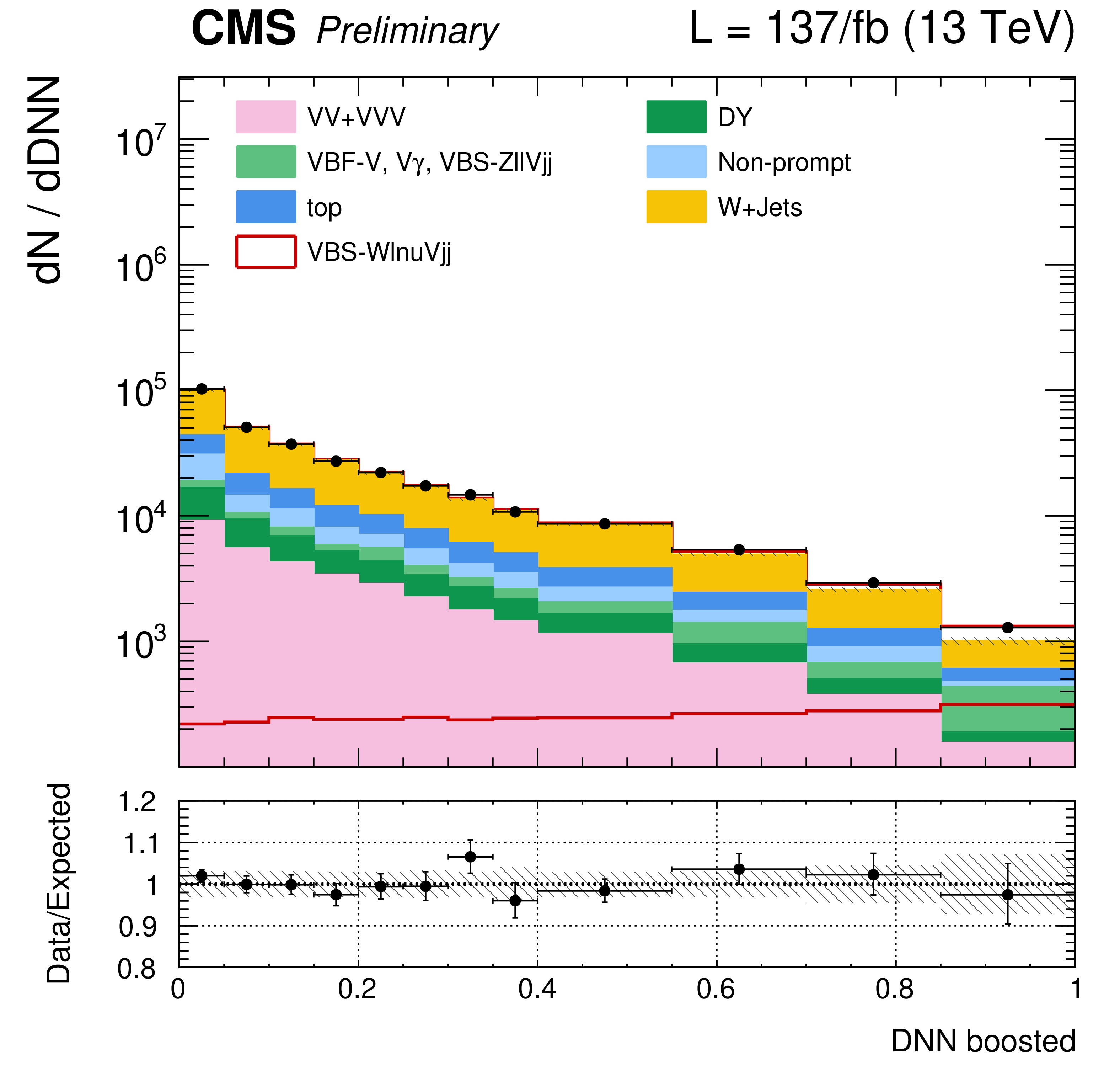 Figure 3: Distribution of the deep learning algorithm for one of the analysis categories (DNN score), where the black dots represent the observed counts in the data, while the coloured areas correspond to the various sources of backgrounds.

The analysis team has been able to simultaneously determine the background and the vector boson scattering signal. In fact, its existence has been verified with a significance of 4.4 standard deviations. This statistical expression means that the backgrounds should over-fluctuate 4.4 times their uncertainty to mimic the signal. The number of observed events is consistent with what the standard model predicted. The uncertainty in this measurement is largely affected by the statistical fluctuations in the number of selected events, which means that an analysis of more data collected in the future will become more and more precise.