Life of the Higgs boson 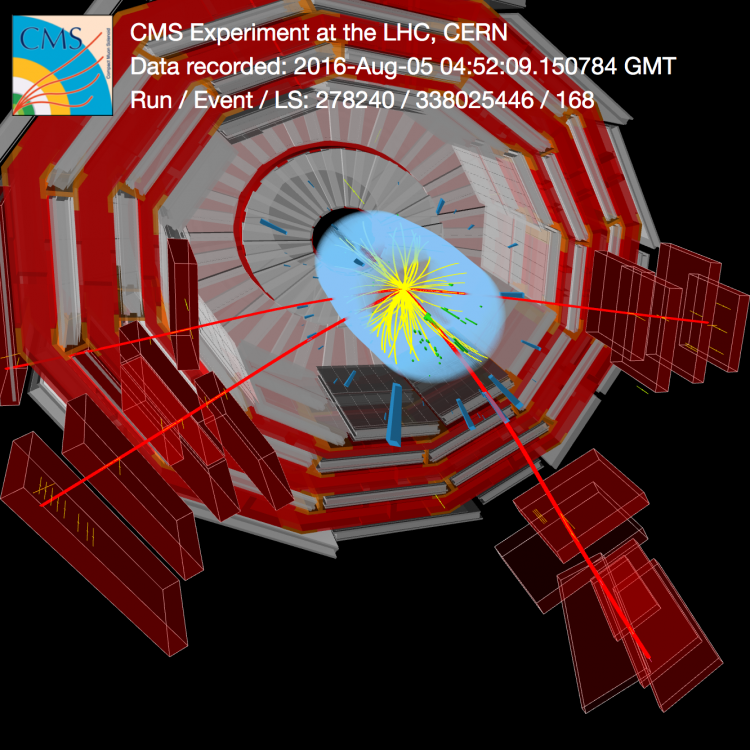 The Higgs boson is peculiar in many respects. Like most other elementary particles, it is unstable and lives only for an extremely short time, 1.6 x 10-22 seconds, according to the established theory of particle physics (the standard model). Pretty short, isn't it? Compare this number to 880 seconds (about 15 minutes), the average lifetime of a neutron outside an atomic nucleus. The lifetime of an unstable particle is connected to the available options for it to decay. A value shorter than what is theoretically calculated could hint at new decay options, potentially into new, undiscovered particles. A longer lifetime could be even more surprising as it would indicate that the particle is more stable than what the standard model predicts; this is equivalent to saying its interaction with other particles is weaker than predicted. For this reason, the experimental measurement of the lifetime of the Higgs boson is very important: It allows us to learn about the strength of its interaction with other particles and provides a window to peek into physics beyond our best current theory, the standard model.

Measuring the Higgs boson lifetime poses a big experimental challenge, though. The lifetime is almost a billion times too short for the Higgs boson to fly a measurable distance in the detector before decaying into other particles. On the other hand, the lifetime is also too long to be measured through the range of possible variations of its nominal mass (125 GeV/c2), allowed by Heisenberg’s uncertainty principle. Because of this quantum effect, the mass of an unstable particle can vary around its nominal value in a range (called the width) that is inversely proportional to its lifetime. The predicted width of the Higgs boson mass range (about 0.0041 GeV/c2) is about 200 times too small to be resolved by the detector, unfortunately.

Scientists were at a loss to measure the width of the Higgs boson until a new method was proposed a few years ago. The strategy relies on measuring the ratio of the rates of occurrence of two different processes by which the Higgs boson is produced at the LHC. In the first process, the Higgs boson is produced with a mass close to its nominal value (on-the mass-shell, or on-shell in short). The on-shell production rate has been measured experimentally to about 10% precision by now. The second process is the production of an off-shell Higgs boson, with a mass considerably larger than its nominal value, albeit with a lower rate. You might ask "Much larger mass...? How can the same particle have multiple mass ranges?". This is yet another consequence of the quantum world of subatomic particles. Thanks to the allowed fluctuations due to Heisenberg's uncertainty principle, an unstable particle can indeed exist with a mass larger than the nominal value, or off-shell, but only for a short duration. Figure 1 illustrates the essential strategy of utilizing the mass distribution for two different types of Higgs boson production, on-shell and off-shell using the same decay process, H --> ZZ. Note, the rate of the off-shell Higgs boson production is about 10% of the on-shell one. Importantly, the ratio of the production rate in the off-shell mass region to that in the on-shell region is proportional to the width of the Higgs boson. 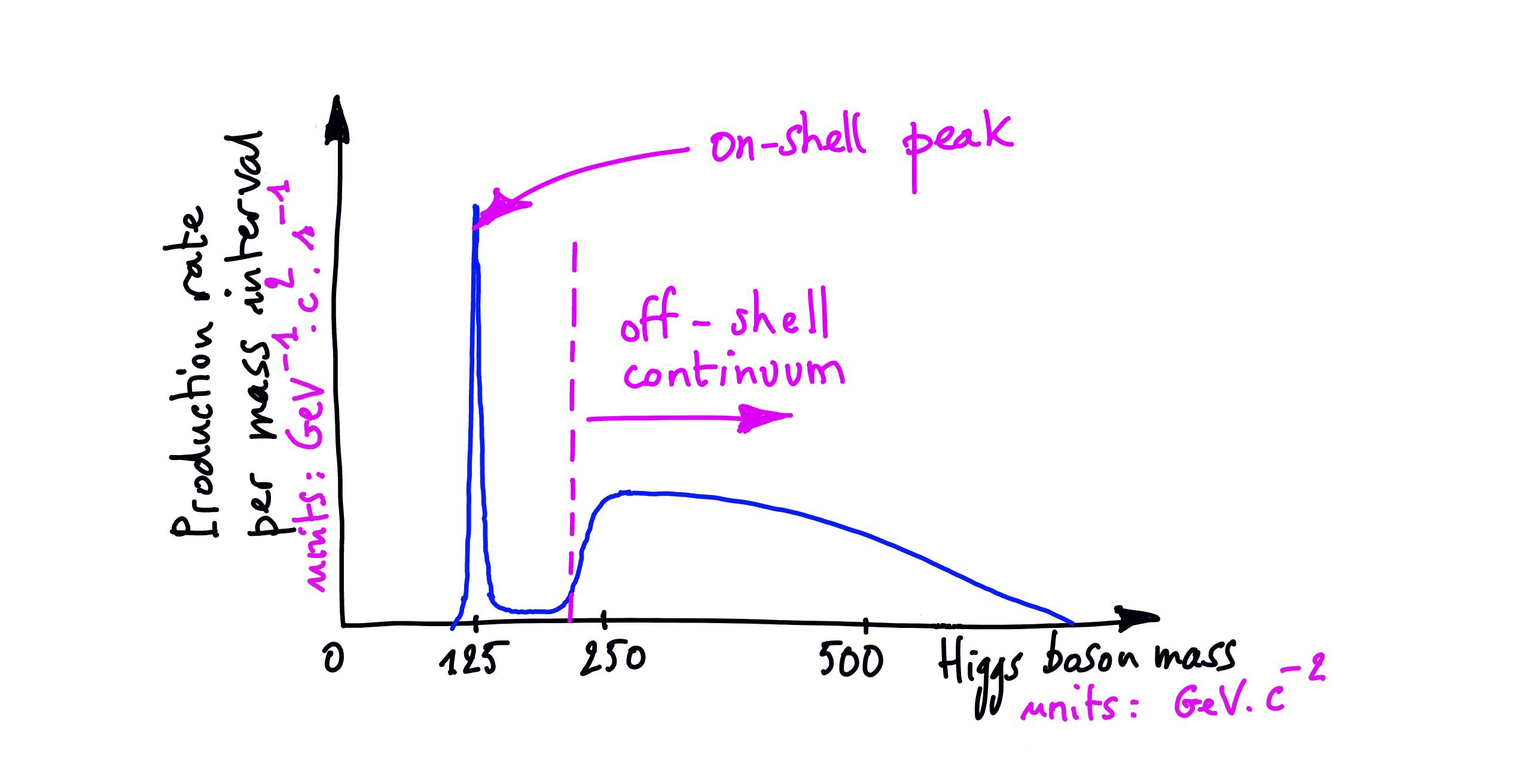 Figure 1: A cartoon of the Higgs boson mass distribution reconstructed from ZZ decays. The peak on the left marks on-shell production while the broad shoulder on the right represents the off-shell process. Beware that the corresponding rates indicated here are not to scale.

By analyzing data collected by the CMS experiment during the Run2 operation of the LHC, scientists have established the first-ever evidence for the production of off-shell Higgs bosons. The chance for the result to be a statistical artifact is found to be less than 1 out of 1000.

Figure 2: Display of an event as reconstructed in the CMS detector, where the Higgs boson candidate is accompanied with two high-energy particle jets (yellow cones). The Higgs boson candidate decays to a muon-antimuon pair (red streaks) and a neutrino-antineutrino pair. The latter pair cannot be detected in the experiment, and this leads to missing transverse momentum (purple arrow) with respect to the beam direction. Alternatively, you may view the interactive event display on this separate page.

The value of the Higgs boson lifetime is inferred to be (2.1 +2.3-0.9) x 10-22 seconds where the two extra numbers give the uncertainty of the measurement. This value, albeit with limited precision, agrees with the standard model prediction. The new result by the CMS collaboration sets a milestone in testing the properties of the Higgs boson. Since the LHC will operate for many more years providing a much larger data sample, the prospect of measuring the lifetime of the Higgs boson using off-shell production is very bright. Stay tuned!