Live long and prosper: Searching for the long-lived relatives of the Higgs boson 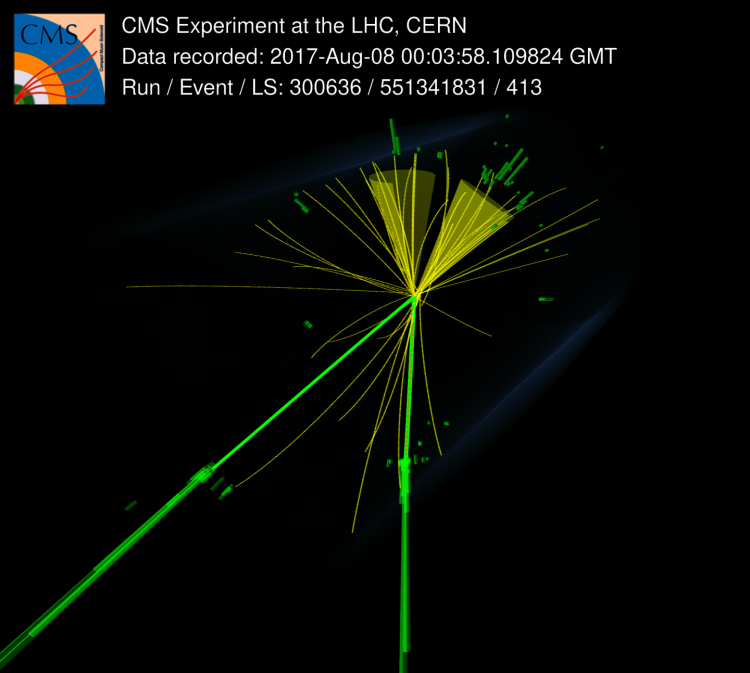 A recent result from CMS searches for long-lived particles through the so-called “Higgs portal” in ways never done before.

For about a decade now the CMS experiment at the CERN LHC has collected and analyzed data from hadron collisions, mainly proton-on-proton and lead-on-lead. Numerous scientific breakthroughs have been made studying these collisions, helping physicists to better understand nature at its most fundamental level and to refine the current theoretical description of the fundamental physics, called the standard model. However, the standard model cannot describe everything that we observe, like the presence of dark matter in the universe, or the large disparity between the strengths of the fundamental forces. Thus, extensive efforts are on to fathom out the unknown, so-called new physics—new, since we do not have any inkling about its nature, but we expect it to fix the inadequacies of the standard model.

Physicists have been on the hunt for this new physics for years, but have not yet observed any hint of the existence of new particles that are inconsistent with the standard model. Intriguingly, it is possible that these exotic particles are indeed being created at the LHC at its current collision energy, potentially in large numbers, and we are just missing them! This might happen when the new, exotic particle is long-lived, meaning that it travels some distance incognito before it creates an observable signature, far away from the main collision point. One proposed scenario explaining the “hierarchy” of fundamental forces predicts the long-lived particles that “mix” with the Higgs boson. Because of this mixing, we may be able to observe the Higgs boson transform into these long-lived particles through a phenomenon known as the Higgs portal. A special feature of the Higgs portal is that the long-lived particles are expected to be low in mass.

During the LHC operations, the data production rate is too large to store and analyze every collision. To combat this issue, the CMS detector relies on a trigger system that quickly scrutinizes the data in real time and decides whether the information about the collision should be saved or not for the detailed analysis offline. The vast majority of these triggers are meant to save data corresponding to “prompt” particles that decay and produce signatures immediately and near the collision point, unlike the long-lived particles. Searches relying on prompt triggers often have reduced sensitivity to long-lived particles.

Events containing decays of long-lived particles leave strange signatures, such as displaced jets, in the CMS detector that make them difficult to find. Displaced jets are particle showers that emerge somewhere within the detector but cannot be traced back to the collision point; these jets appear to emerge from points (or vertices) displaced from the main collision. For the case of displaced jets, one method is to look for events in which the long-lived particle is produced together with a prompt particle that is capable of triggering the CMS detector readout.

A recent result from CMS uses this strategy to search for long-lived particles that are produced within the CMS tracking detector. Using data triggered by a pair of electrons or muons from a Z decay, as shown in Figure 1 above, this search selects at least 2 jets based on variables that summarize how displaced the particles in the jet are. Figure 1 depicts some of the characteristics of these displaced jets, with particles emerging from offset points shown as orange circles. The analysis uses limited ranges of these variables to isolate collision events that are consistent with the theorized long-lived particles.

However, the analysis found no excess of events with signal-like characteristics as evidence of long-lived particles, as shown in Figure 2 below. This means that we have learnt more about the types of particles that may be out there: in particular, this search has excluded the possibility of certain kinds of low-mass long-lived particles and the standard model has survived another day. Nonetheless, with future improvements in the detector, trigger, background estimation, and data set size, exciting new and improved searches for long-lived particles will be performed in the coming years! 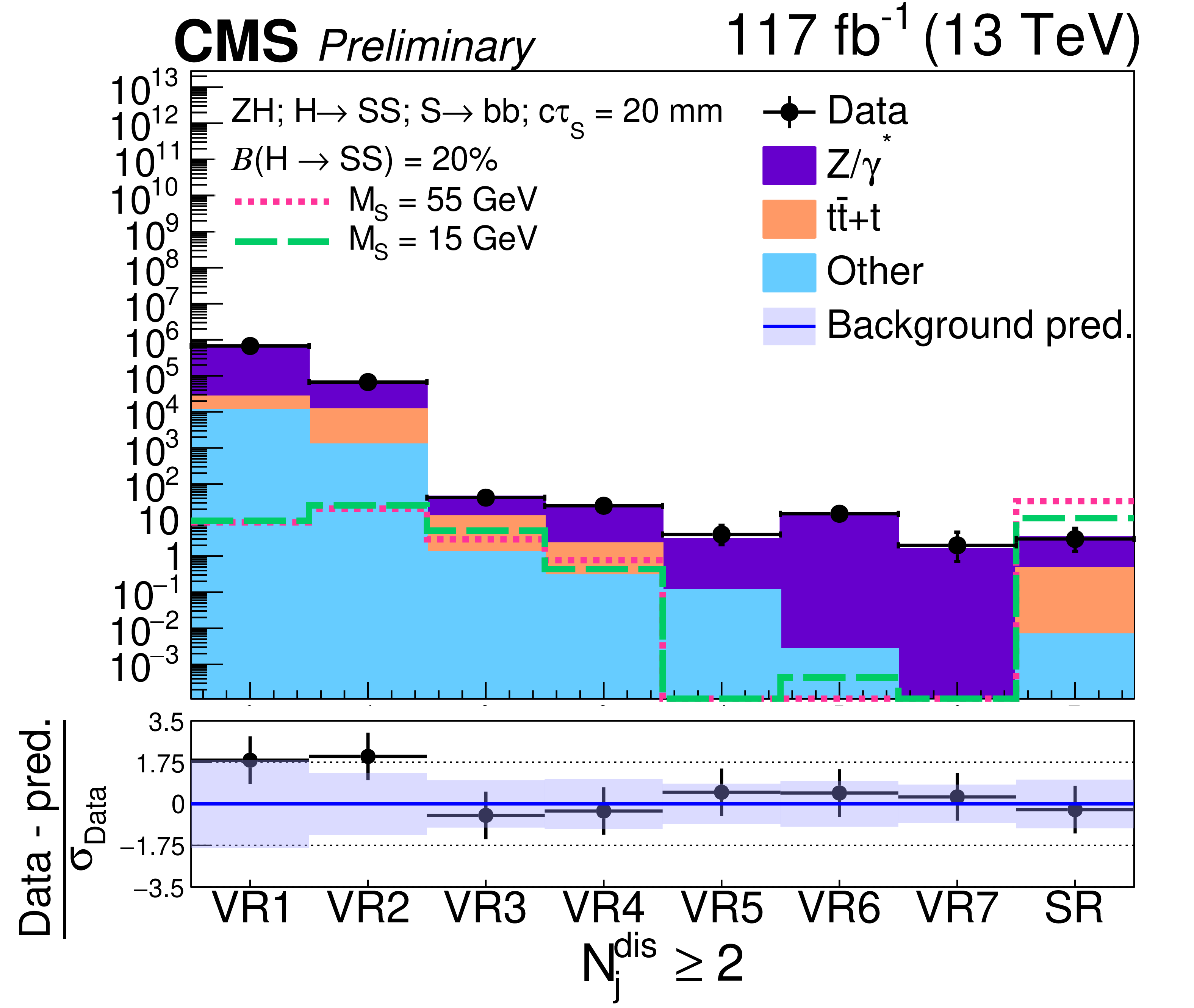 Figure 2: Total expected (coloured area in the top panel) and observed yields (black data points) for events containing two or more tagged displaced jets. The bottom panel shows the difference between the data and the total background prediction, taking into account the errors. Taking into account all the possible backgrounds, the excess of events due to the presence of the signal searched should have been observed on the right-most bin, indicated by SR (the signal-dominated region). The bins on the left (verification regions, VRs) verify the agreement of data with the predicted backgrounds. The event rate from the signal corresponding to different masses of the exotic particle is different as indicated by the dashed/dotted lines of green and pink.