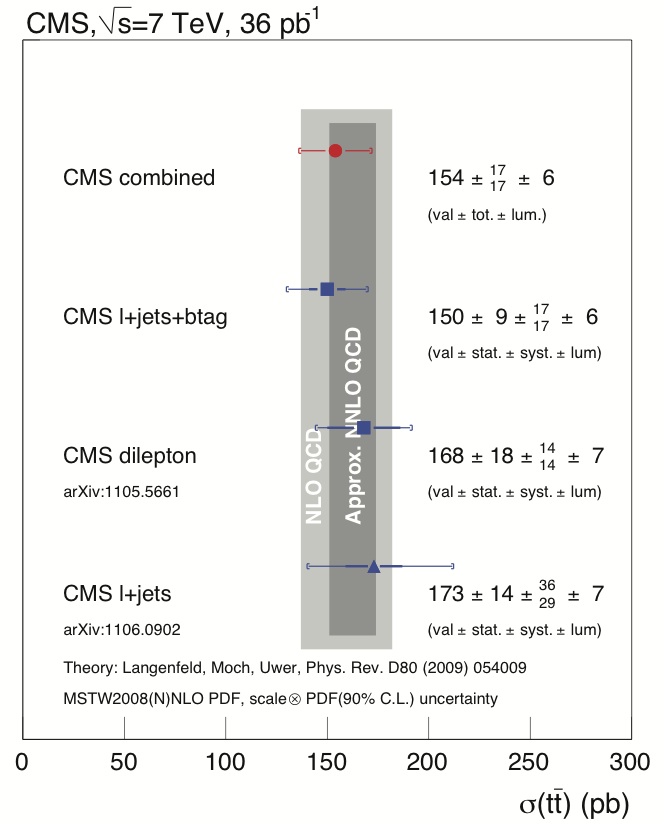 The measured production rates of Top-antiTop pairs, where one lepton and four jets of particles is observed in the final state, show good agreement with Quantum Chromodynamics (QCD), the theory of the strong interaction.

Studying the production of Top (and Anti-Top) quarks in collisions at the LHC is very important, as it may be a background for New Physics. Top quarks decay swiftly into a W boson and a Bottom (b) quark. The b-quark pulls other quarks from the collision debris to form jets of hadronic particles. The W boson can decay either into a lepton and a neutrino, or into quark-pairs that also form hadronic jets.

In this paper, CMS studied Top-quark decays in which one of the W bosons decayed leptonically and the other hadronically, looking for one lepton and four particle jets (two from the b-quarks and two from the W boson). The neutrinos were accounted for by the missing transverse energy (MET).