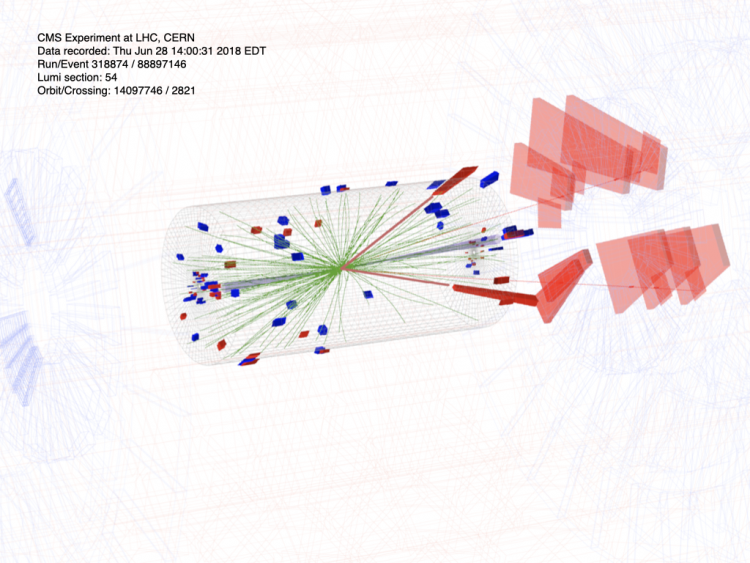 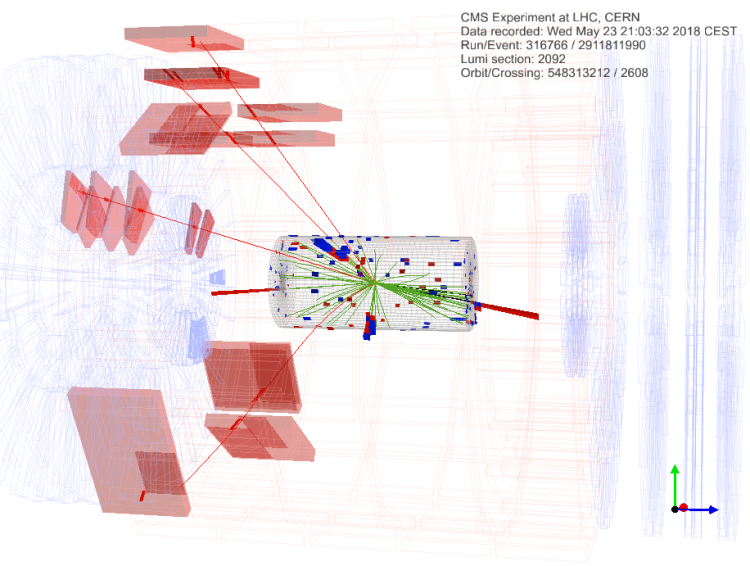 The CMS collaboration has submitted a paper with a new, precise analysis of the data enriched in the Higgs boson decays to four leptons. Simultaneous measurement of the Higgs boson production and decay was essential in this analysis.

The quantum theory of the matter and energy that surrounds us, called the standard model of particle physics, has been hugely successful in describing both the microscopic world around us and some of the earliest moments of our Universe. One of the last breakthroughs in completing the full picture of the standard model was the discovery of the Higgs boson by the CMS and ATLAS collaborations at the LHC in 2012. The Higgs boson is an excitation of the all-penetrating Higgs field, and studying it in the laboratory provides information on this field and its connection to the rest of our Universe.

These studies are especially important because the standard model appears to be incomplete. It cannot explain several puzzles of our Universe, such as the mysteries of dark matter and energy and the abundance of matter over antimatter. The standard model also does not predict the masses of the fundamental particles, including the mass of the Higgs boson itself. This may imply that the standard model is only an effective field theory, an approximation of a more general theory. Exploring the full theory directly would require us to reach a larger energy in our measurements, which might be beyond the capabilities of our current technology. However, hints of new physics could be observed in the properties of the Higgs boson and how it interacts with the rest of the matter and energy in the Universe. The Higgs field may become the connection of our known world to the unknown.

New particles or interactions, not known in the standard model, may appear in virtual quantum effects, thanks to the Heisenberg uncertainty principle in quantum physics. The uncertainty principle establishes that much heavier quantum states, not reachable directly at the energy available from the LHC, may appear for a brief moment in the connections of the Higgs boson to the other particles. However, because they only appear for a short time, the visible effects are extremely small, and powerful tools are needed to distinguish them from known phenomena. Precise studies of the Higgs boson's interactions with the known matter and force particles are essential to reveal small changes with respect to the standard model created by new phenomena.  One example of a precisely understood interaction is the decay of the Higgs boson to two electroweak bosons with the subsequent decay to four leptons, a family of particles that includes the familiar electrons.

Three crucial new developments allowed scientists to look for such tiny effects. First, a complete simulation of possible effects appearing in the detector from the variation of kinematics was developed. Second, new powerful analysis tools were developed that combine the complete information from the production and decay of the Higgs boson. Third, sophisticated statistical tools allowed the simultaneous measurement of many parameters characterising variations of the Higgs boson properties. CMS physicists have applied these tools to the sample of about 250 "golden" four-lepton events of the Higgs boson collected by CMS between 2016 and 2018. The complexity of the tools required many years of development, staged with several intermediate results with progressing complexity.

One of the key aspects of the above developments is the matrix-element likelihood approach (MELA), developed in collaboration with colleagues working in theoretical physics. This method uses the theoretical equations that describe the kinematics of each event of the Higgs boson production and decay, and matches the theory to what is observed in the experiment. These tools are tightly connected to the simulation of all possible effects because the same matrix-element calculations are used in both cases to describe the processes. This allowed analysis of all accessible Higgs boson production modes. In some cases, CMS physicists boosted MELA performance with machine-learning techniques, to better account for effects in the CMS detector.

The new CMS result performs a simultaneous measurement of up to nine parameters describing the Higgs boson coupling to other particles, including tests of the charge conjugation parity (CP) symmetry of interactions.  If two opposite interactions, one “CP-odd” and one “CP-even”, are observed in the same process, it would help to explain one of our Universe's great puzzles: why is there so much matter and so little antimatter?

The measurement of the coupling to top quarks used the top-top-Higgs production in both of the two “golden” decay channels, the four-lepton decay and the two-photon decay.  In the four-lepton decay channel, Higgs boson production through fusion of two gluons, which is made possible by virtual particles produced because of the uncertainty principle, was also used. Take a look at an interactive version of a four-lepton Higgs boson candidate event here. Through these processes, physicists precisely measured the Higgs boson’s couplings to top quarks, measuring the CP-odd and CP-even components.  The combination of these three measurements provides interesting constraints on these components, including the rejection of the hypothesis that the Higgs boson interacts with fermions purely through the CP-odd coupling. 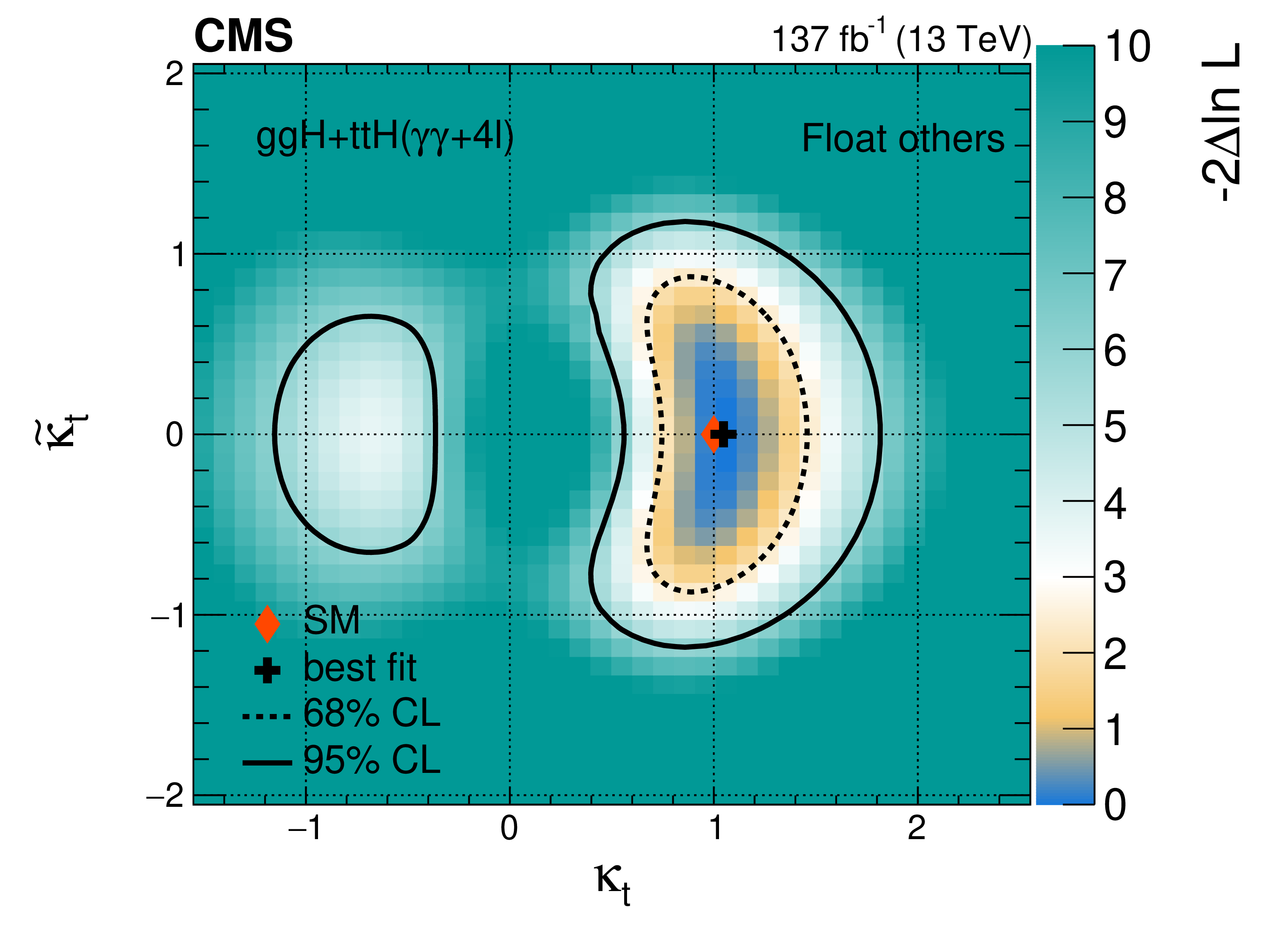 Figure 1: Results of the measurement of the Higgs boson’s interactions with top quarks, where the x and y axes show the CP-even and CP-odd contributions.

Scientists also measured elaborate constraints on the Higgs boson’s couplings to force particles, or vector bosons, which can deviate in multiple different ways from the standard model.  For the first time, the measurement allowed up to five possible simultaneous deviations, including the complicated quantum mechanical interference between those components. 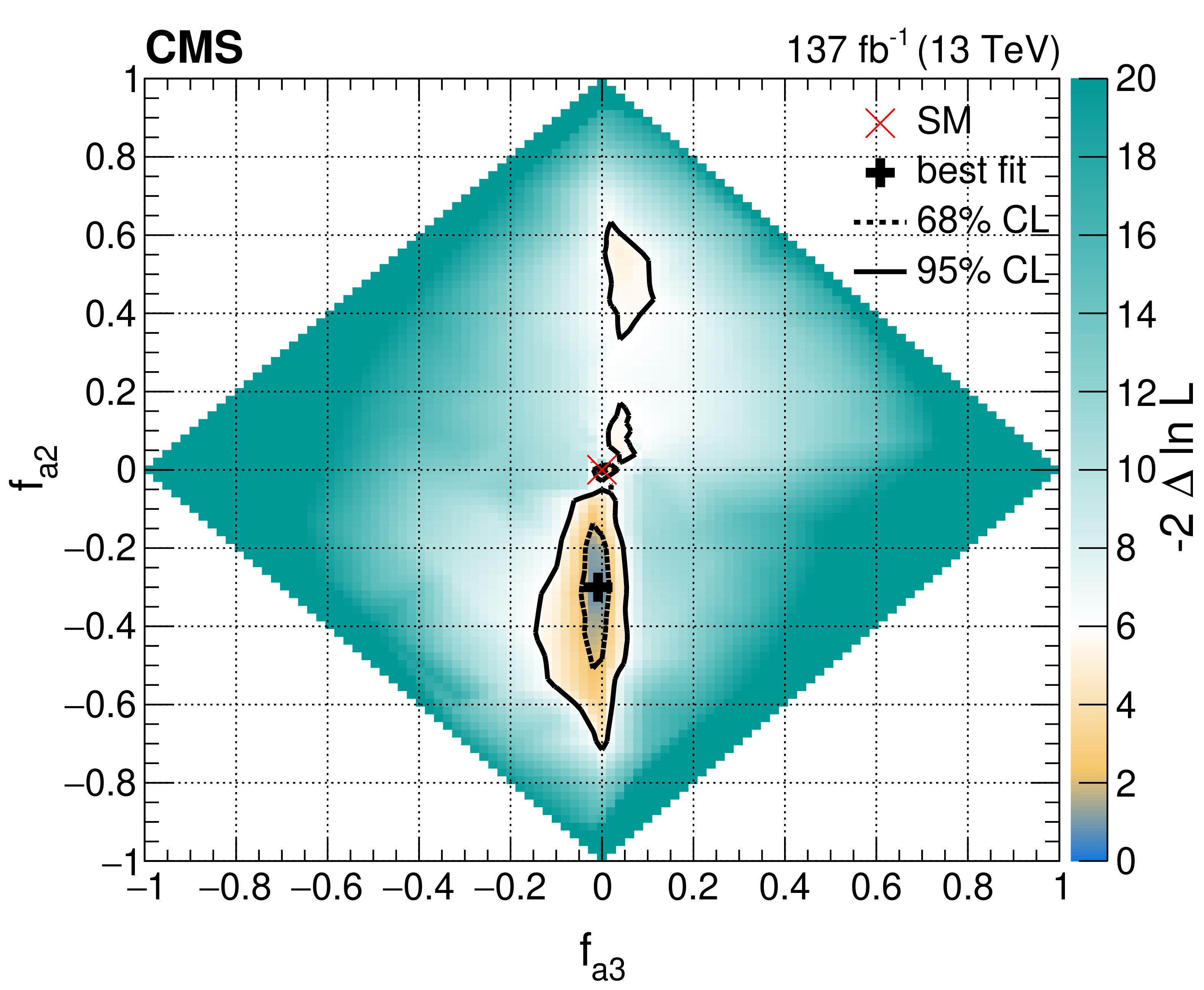 Figure 2: Results of the measurement of the Higgs boson’s interactions with vector bosons, where the x and y axes show the anomalous CP-odd and CP-even contributions.

The data (shown with black crosses in Figures 1, 2, 3) and the SM prediction (shown with red diamonds) have substantial uncertainties but are compatible with the SM within uncertainties.  More LHC collisions will help to pin down the comparison of the data to the SM.

These results should allow a more refined characterization of the Higgs boson properties, and as a consequence, provide constraints on or hints for new physics. More data are available to analyze using other Higgs boson channels. Moreover, even more data are expected in Run 3 and later in the High-Luminosity phase of LHC. In the meantime, this analysis of CMS data is an important milestone in precision measurements of the Higgs boson properties, which paves the way for even more sophisticated examination in the future. Either discovery or exclusion of new phenomena will be the reward in this adventure, and either outcome is important for understanding the standard model of particle physics, whether it is just an effective theory or not. 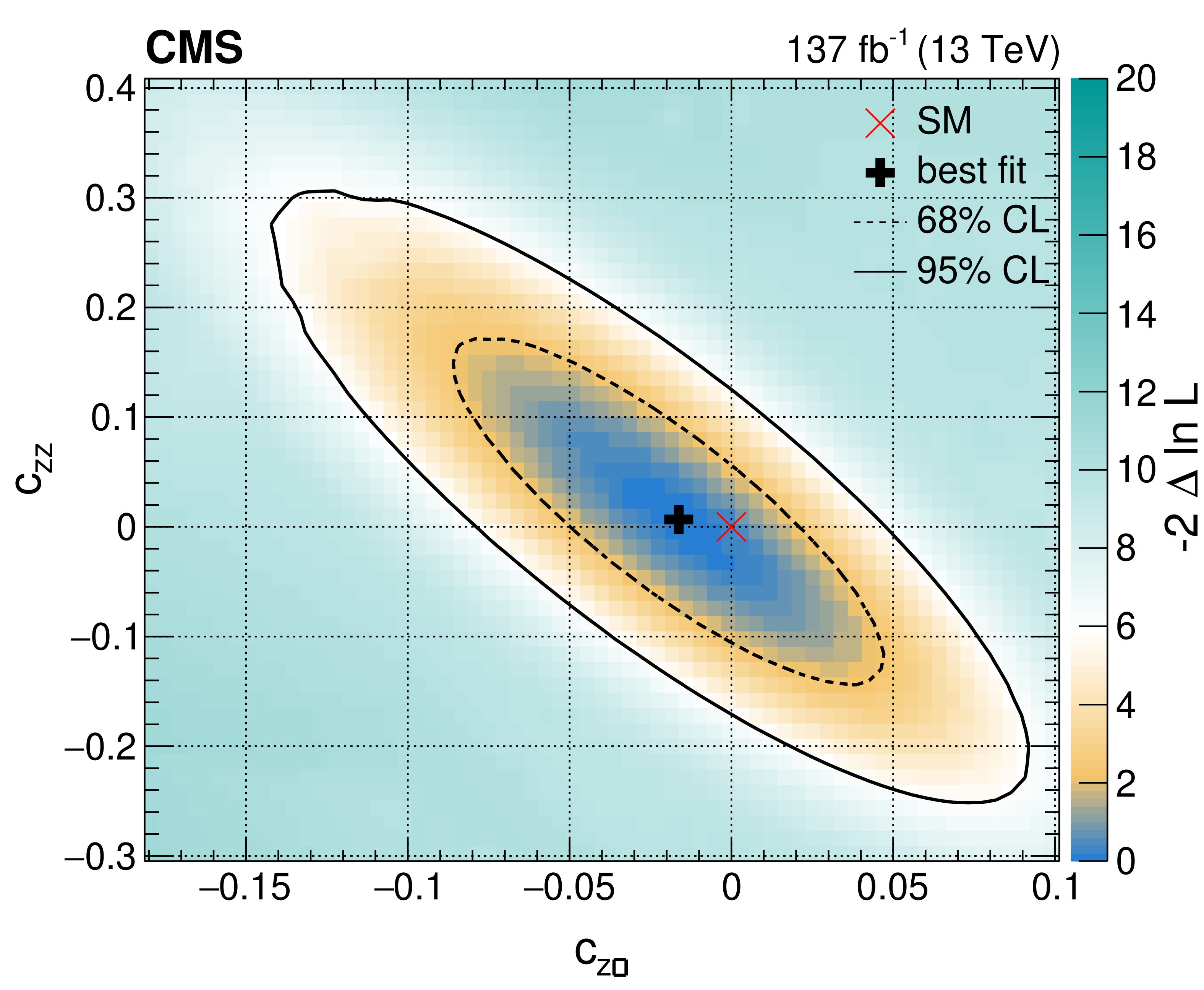 Figure 3: Results of the measurement of the Higgs boson’s interactions with vector bosons, where the x and y axes show anomalous contributions.