Symmetric or not? That's the question! 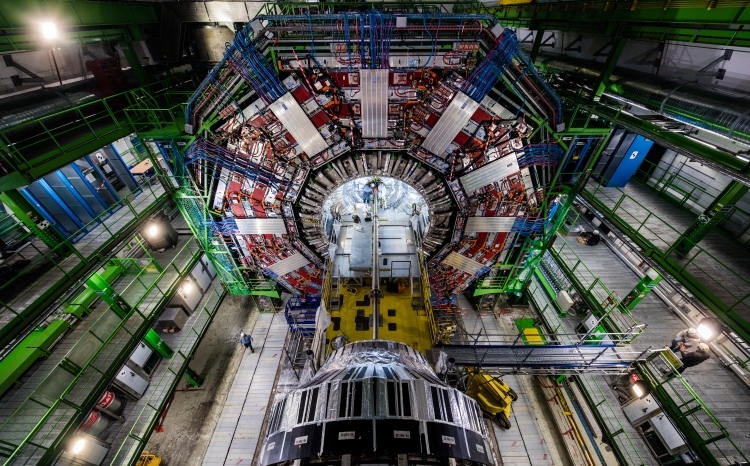 The heaviest known particle, the top quark, is one of our main gateways to search for new phenomena that are not addressed by our existing knowledge, the standard model of particle physics (SM), either through precision measurements of the top quark’s properties or by considering it as a decay product of (never seen before) heavier particles. Between 2016 and 2018 (the Run 2 data taking period), the LHC collided beams of protons with a center-of-mass energy of 13 TeV (trillion electron-volts), producing an incredible rate of approximately 25 000 top-quark pairs per hour! To put this number into perspective, when the top quark was first observed at Fermilab in 1995, the total number of top events produced in three years was only 250!

Top quarks are produced preferentially in the forward region of the CMS detector, while top antiquarks tend to be produced in its central region. This is known as “charge asymmetry” (AC) and the SM predicts this effect to be smaller than 1%. New particles (not predicted by the standard model) could interact with the top quark and affect the angular distribution of the top quark pairs, changing the value of AC. Therefore, its precise measurement is of great interest to the high energy physics community.

The top quark decays almost exclusively to a W boson and a b quark; the W boson can then decay either to a quark-antiquark pair (hadronic decay) or a lepton and a neutrino (leptonic decay). The new CMS result uses events where one top quark decays hadronically and the other one decays leptonically. The single-lepton channel is used in several measurements of top quark properties because the quark and the antiquark can be easily distinguished from each other by the charge of the lepton. Furthermore, the presence of the lepton helps suppress  the backgrounds. The challenge of this channel is the presence of the neutrino, which is invisible to the detector. But, we can obtain all the relevant information because we know that the neutrino is emitted in the W decay (together with the lepton): the neutrino momentum in the longitudinal direction can be computed from its momentum in the plane perpendicular to the beam direction, the mass of the W boson, and the energy of the lepton.

The CMS Collaboration recently measured AC in events where the invariant mass of the top quark and antiquark pair system, Mtt, is larger than 750 GeV. Since the top quark mass is 172 GeV, this energy regime corresponds to a top quark pair with a momentum of at least twice its mass. Physicists expect that studying these incredibly massive systems will open a window to new physics processes not predicted by the SM. These massive top quarks disintegrate immediately after being produced and their decay products are emitted with a very large Lorentz boost, so that their trajectories are close to each other (“collimated jets”). State-of-the-art techniques were developed to reconstruct such jets, which contain,with a high probability, all the decay products of the top quark decay. The measured charge asymmetry  AC = 0.69%, with a total uncertainty of +0.64% and -0.69%, is in good agreement with the SM prediction and, also, with zero asymmetry. 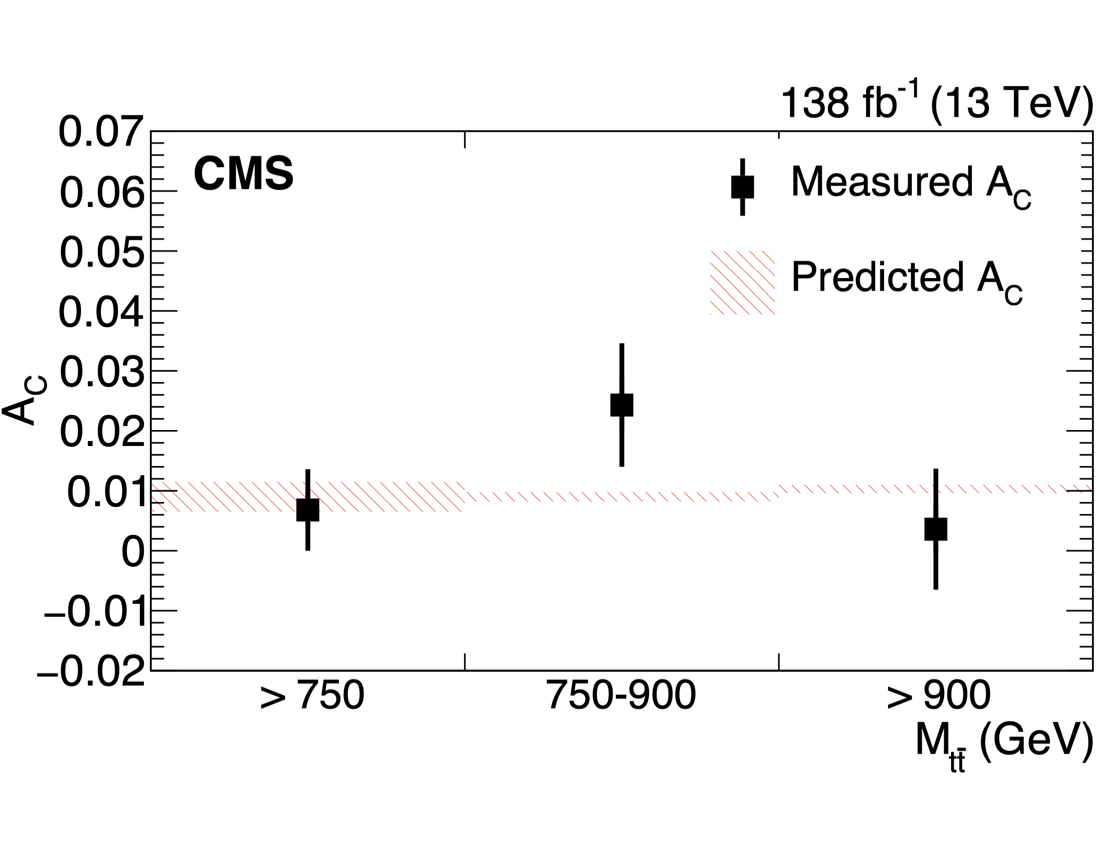 Figure 1: The CMS measurement of the top quark Ac in the single lepton channel (black markers) compared with the latest theoretical predictions (red) when the invariant mass of the top quark and antiquark is larger that 750 GeV (left), between 750-900 GeV (central) and larger than 900 GeV (right).