The most powerful particle collider in the world, the Large Hadron Collider (LHC), was built in the 27 km tunnel originally excavated for the highest energy electron-positron collider ever built, LEP. As an extraordinarily sensitive machine, LEP was so precise that it could measure one-millimetre distortions from tidal effects of the Sun and Moon and detect high-speed trains travelling in and out of Geneva from leakage currents that flowed through the vacuum chamber.

Designed to study the weak force carriers, LEP was a Z boson factory, delivering a total of 18 million Z bosons between 1989 and 1996 to its four particle detectors; ALEPH, DELPHI, L3 and OPAL. Its greatest legacy is the accuracy with which it pinned down the properties of the Z boson to a precision that remains unsurpassed to this day. Among the highlights is the measurement of the Z decay to invisible particles, its invisible width and branching fraction, which were used to deduce that there are three (and only three) species of light neutrinos that couple to the Z boson. These have remained the most precise direct and indirect measurements of the invisible Z width for two decades.

LEP closed down in 2000 to make way for the LHC, a discovery machine colliding protons at unprecedented energies and leading to the triumphant discovery of the Higgs boson in 2012. With the data already collected, the CMS experiment at the LHC can test the accuracy of our current best theoretical framework, the Standard Model, at a new energy regime and in regions of parameter space that have never been explored before. 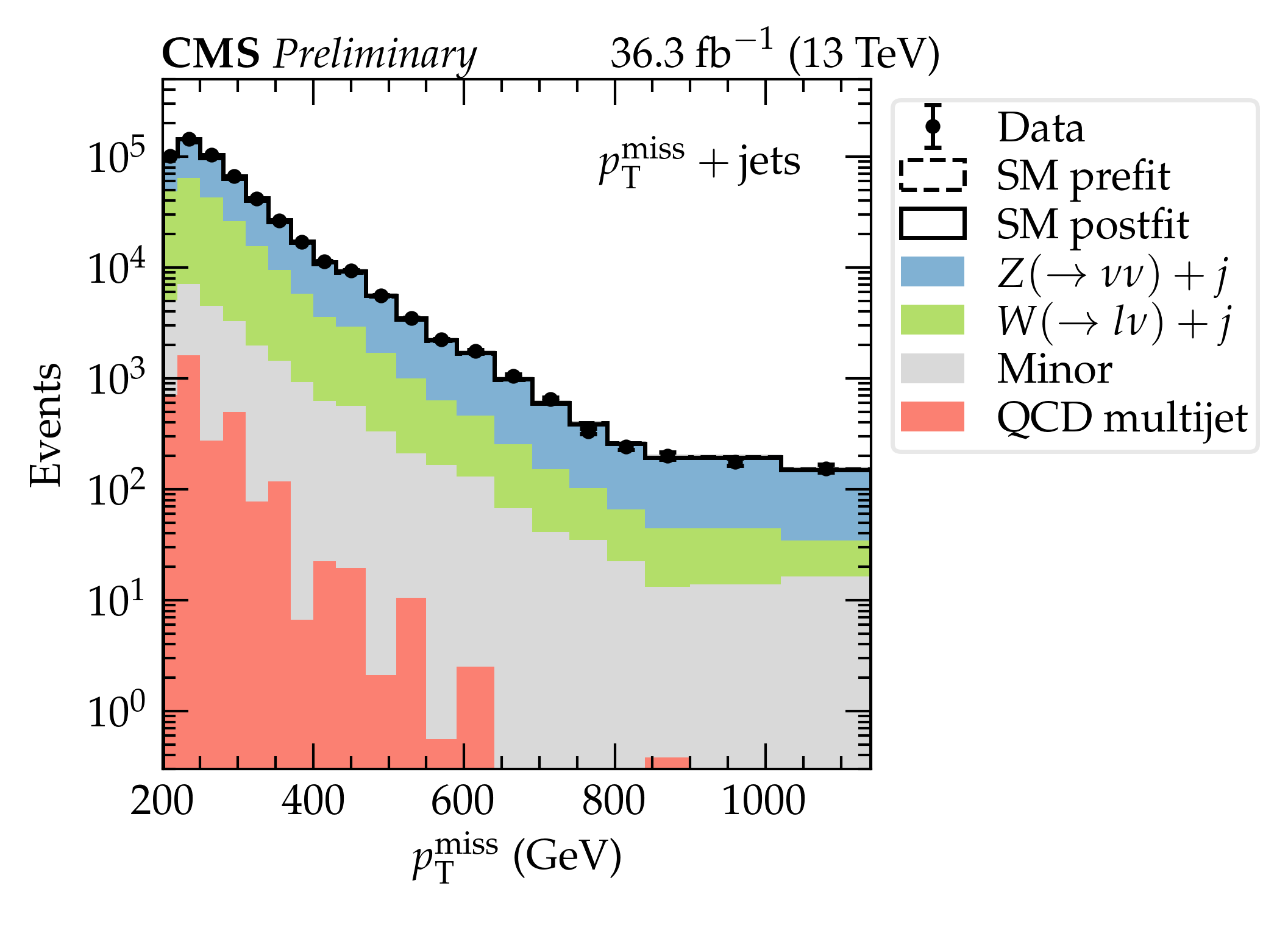 Figure 1: Distribution of the missing transverse momentum comparing data and simulation for the main signal region used to extract the Z invisible width.

The decay of the Z boson to an invisible signature corresponds to decay products such as neutrinos and potentially other exotic particles that leave no visible trace in the detector. This novel measurement of the invisible width of the Z boson by the CMS experiment requires the Z to be produced along with a highly energetic jet. The analysis exploits the well-known relationship between the Z coupling to neutrinos and its coupling to electrons and muons.  It uses the experimental signature of hadronic jets (resulting from a spray of quarks and gluons) and the imbalance of transverse momentum after accounting for all the detected particles in the event. A candidate event showing a Z boson decaying to invisible particles is shown in the event display in Figure 2.

Figure 2:  Interactive display (try zooming/rotating!) of a candidate event in which a Z boson is produced in association with a jet. The Z boson decays to invisible particles so is not detected. You can also check out this display on a separate page.

While the Z boson decay to neutrinos occurs through a pure Z interaction, the decay to charged leptons can also occur through a virtual photon since the photon couples to electrically charged particles like the electron and muon but not to the neutrino. The interference between the virtual photon and the Z boson mediating the interaction is determined and accounted for by comparing the results directly to the Z boson decay to neutrinos.

Figure 1 shows the frequency distribution of events as a function of the missing transverse momentum from the key region contributing to this measurement. The majority of events (approx. 60%) are from our process of interest, a Z boson decaying to neutrinos, which is our ‘signal’. The dominant Standard Model process that emulates this signature is a W boson decaying to a charged lepton and a neutrino when the charged lepton is either not properly reconstructed or not identified. This is the case for 35% of the events and is the dominant ‘background’ process. Estimating this background with a high accuracy is one of the key aspects of this measurement and is done by studying several orthogonal regions in data that are kinematically very similar to the signal region but are statistically independent.

The invisible width of the Z boson measured by the CMS experiment is 523 16 MeV.  Figure 3 compares this measurement with those from the LEP experiments (L3, OPAL and ALEPH) and the combined value from LEP with an uncertainty of 16 MeV. In a fitting tribute to its predecessor, this measurement from CMS is competitive with the LEP combined result and is currently the most precise single direct measurement in the world. 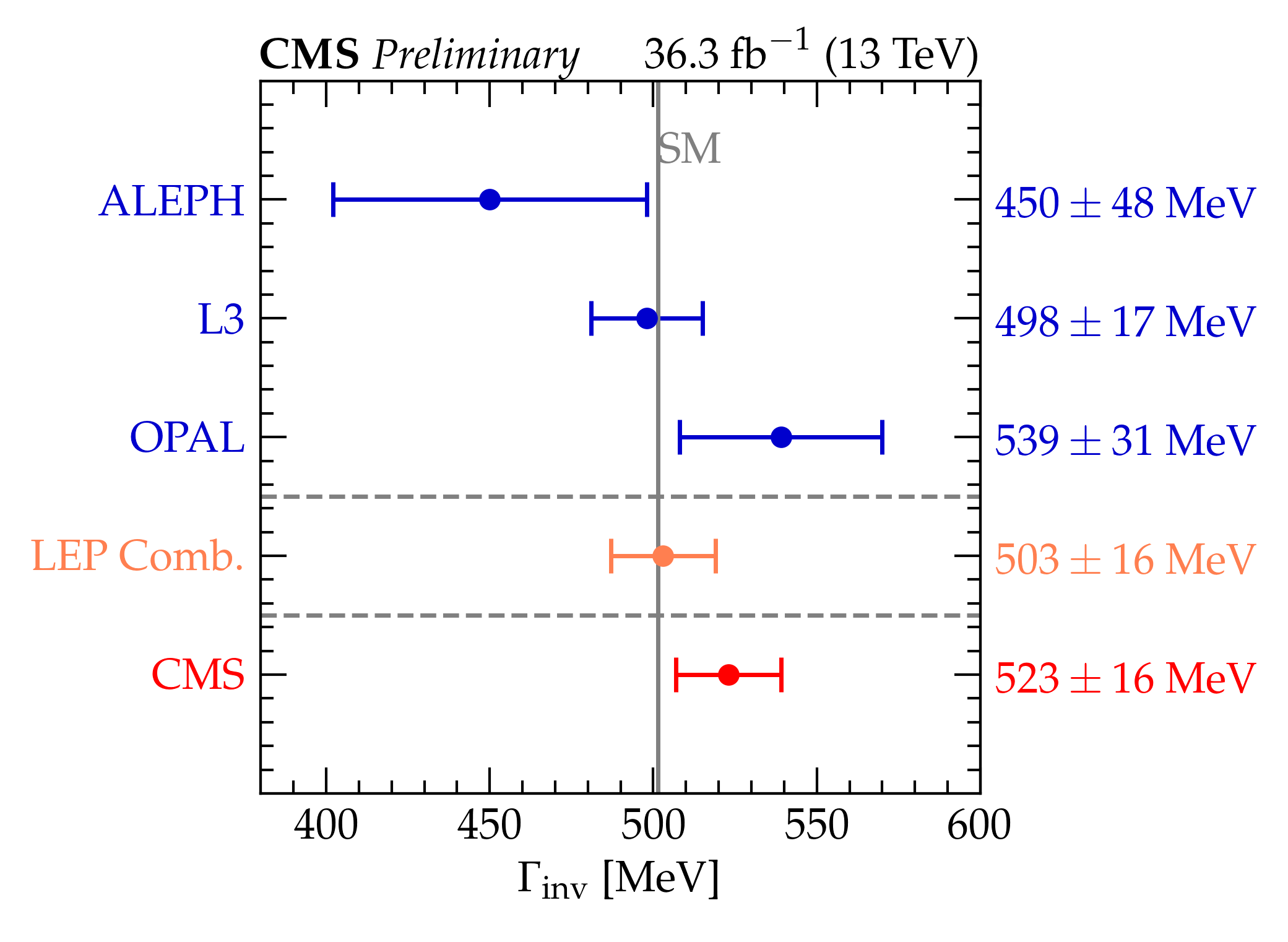 Figure 3: Measurement of the invisible width of the Z boson by the CMS experiment. The result is compared to the direct measurements from the LEP experiments and their combination. The vertical line corresponds to the Standard Model prediction.

The largest uncertainty on the Z boson invisible width determination comes from the knowledge of the efficiencies of selecting muons and electrons. Improving the precision of this result will require further improving the understanding of how the CMS detector measures those particles. Therefore, adding more data from the next LHC runs to a similar technique will not necessarily imply a more precise measurement unless that new data is used in new clever ways. That kind of improvement is a substantial and demanding challenge, such that this result could in fact be the most precise CMS measurement of this important property for a long time to come.