Trio of J/ψ particles in one go 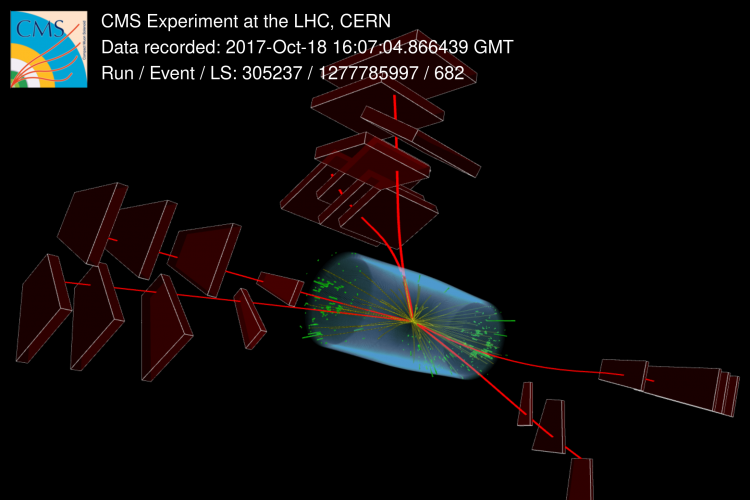 High-energy particle accelerators are unique tools to study the structure of matter at the shortest distances. The most powerful accelerator today is the CERN Large Hadron Collider (LHC) that has so far collided beams of protons up to center-of-mass energies of 13 TeV. Protons consist of three quarks, two up-type and one down-type, and gluons, which hold together the three valence quarks, as well as of a “sea” of virtual quark-antiquark pairs; we collectively call these constituents partons. In the modern picture of proton-proton (p-p) collisions, individual partons of the proton undergo a hard scattering with one another, with the remainders of each proton only slightly disturbed in the process. As the energy of the colliding protons increases, the collisions probe shorter and shorter distances within the proton where the density of gluons and sea quarks grows rapidly. Thus, at high enough energies, more than one pair of partons can undergo hard scatterings within a small distance in a single p-p collision. Consequently, such a double-parton scattering leads to the simultaneous and independent production of two or more particles with large transverse momentum and/or mass. Double-parton scatterings, first observed at the CERN Intersecting Storage Rings (ISR) some 35 years ago, have since been studied in measurements with many combinations of pairs of heavy particles produced. The triple- parton scattering process, where three hard scatterings take place simultaneously, has only been proposed recently for study at the LHC. The catch is to define a specific process which would give a definite indication in the experiment for occurrence of such a process.

The J/ψ particle, about three times more massive than a proton, consists of a charm and an anti-charm pair held together tightly via the strong force. It was discovered in two experiments unexpectedly in 1974, in the so-called “November Revolution” of particle physics. This, in turn, led to the discovery of the charm quark, a heavier cousin of the up quark. It fetched  the pioneers of the experiments the Physics Nobel prize in 1976, and, importantly, opened a new window in the field of high-energy physics.

Once produced, the J/ψ would decay rapidly; they are usually detected in experiments using the “clean” final state characterized by two muons of opposite charge. With the excellent performance of the LHC machine as well as the experiments, simultaneous production of J/ψ has been observed, as well as of a possible tetraquark particle (an exotic meson state composed of four quarks) decaying into J/ψ pairs. The di-J/ψ final state, with its very clean final state of 4 muons with total electric charge adding to zero, has been an important channel to study double parton scatterings. The production of two J/ψ’s due to the interactions of gluons in one single hard scattering and from two individual hard scatterings are illustrated via the cartoons in Figure 1. The probability of double parton scatterings is linked with the transverse shape of the proton. The mean distance among the partons intervening in such an interaction is encoded in the σ(eff) parameter, which is related to the transverse geometric overlap of the two colliding protons. In the simplest picture  σ(eff) is expected to have the same value independent of the final state used to determine it.

Figure 1: Simplified cartoon of possibilities for simultaneous production of a pair of J/ψ  particles in a single collision of 2 protons. On the left, one of the constituents (gluons, to be specific) from each proton are responsible for producing the pair of J/ψ. Two gluons from each proton are at play on the right (red and blue), and two distinct scatterings now lead to the production of the J/ψ pair. They are called single and double parton scatterings, respectively.

With the vast amount of data collected with the CMS detector, physicists have now searched for the very rare process of three J/ψ particles being produced in a single p-p collision, with each one decaying into a pair of muons. Such a process has never been observed before! Importantly, it provides an alternative way to estimate the effective transverse distance among the interacting constituents inside the proton. One of the possible triple parton scatterings that contributes to the production of three J/ψ particles is depicted in the figure below. 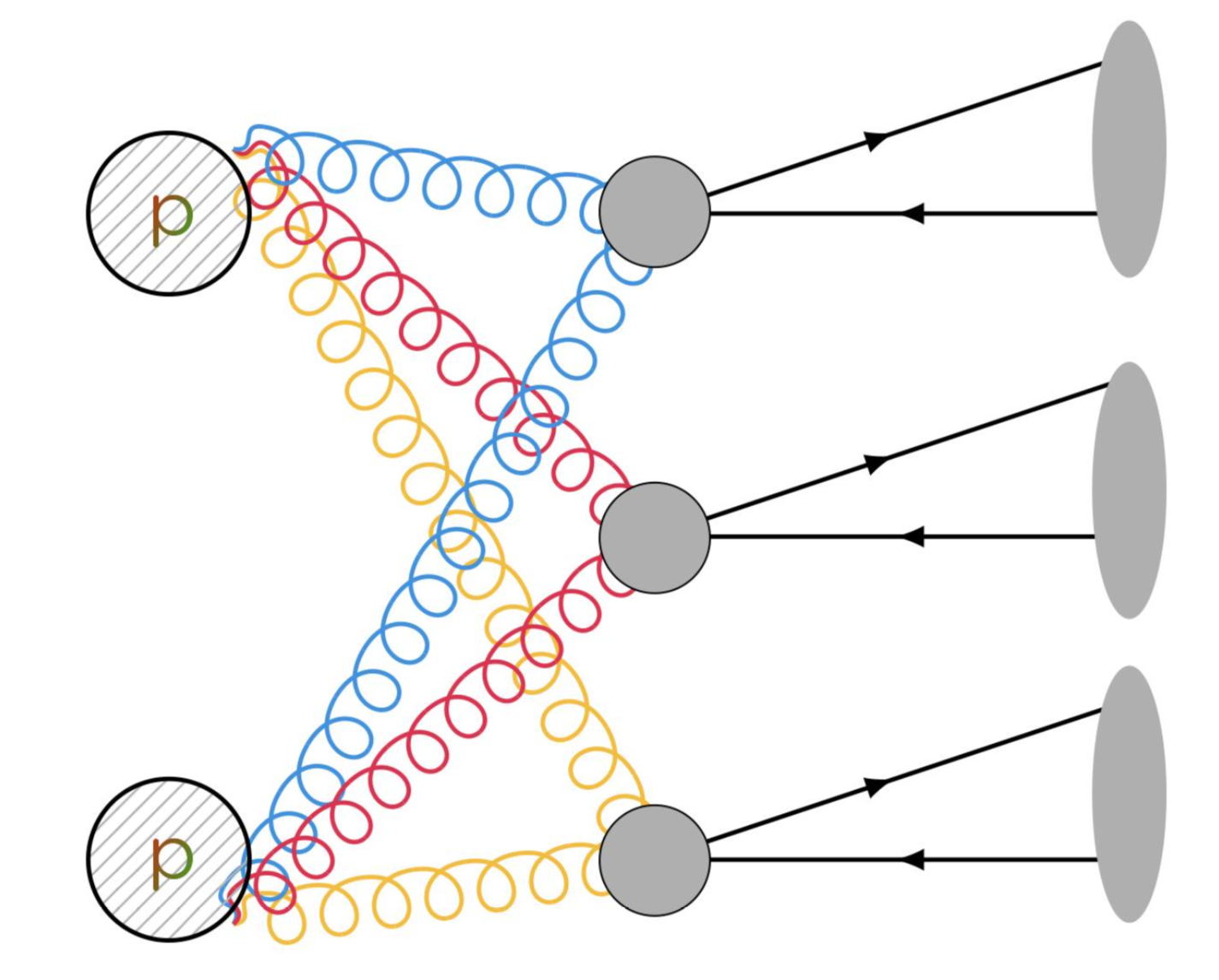 Figure 2: Cartoon depicting one of the possibilities for three pairs of partons (blue, red and orange) from the colliding protons at the LHC producing a set of triple J/ψ particles.

The rarity of this process is reflected in the number of events found, which is a meagre 5, out of almost 100 billion p-p interactions that occurred during the Run-2 operation of the LHC spanning 2015-2018. One of these beautiful events is displayed in Figure 3 where the red arcs represent the muons from the decay of the three J/ψ particles. Obviously, the pair close-by have opposite charges and come from the same mother particle.

Comparing the measured cross section of triple-J/ψ production to the theoretical predictions allows one to extract the σ(eff) parameter. The value of σ(eff) obtained in CMS analysis is consistent (albeit with a large uncertainty of about 50% due to the low number of events observed) with those obtained from previous measurements of double-J/ψ production. However the estimated value is found to be a few times smaller than those derived from other measurements of the double parton scatterings. This is extremely interesting, since  different values indicate that within the proton,  the average transverse separation of the gluons producing these J/ψ particles is different than that of the quarks which produce, for example, a Z boson and energetic jets.

This result provides a novel independent approach to study the evolution of the transverse density of quarks and gluons inside the proton by exploiting, for the first time, the production of three J/ψ particles. In the next 20 years, the LHC experiments expect to accumulate data samples of p-p collisions that are 20 times larger than those analysed here. Future studies will thus allow us to measure more precisely the triple production of the J/ψ particle (and other heavier particles) and thereby improve greatly our understanding of the proton structure at the highest energy scales ever probed.