Two collisions for the price of one 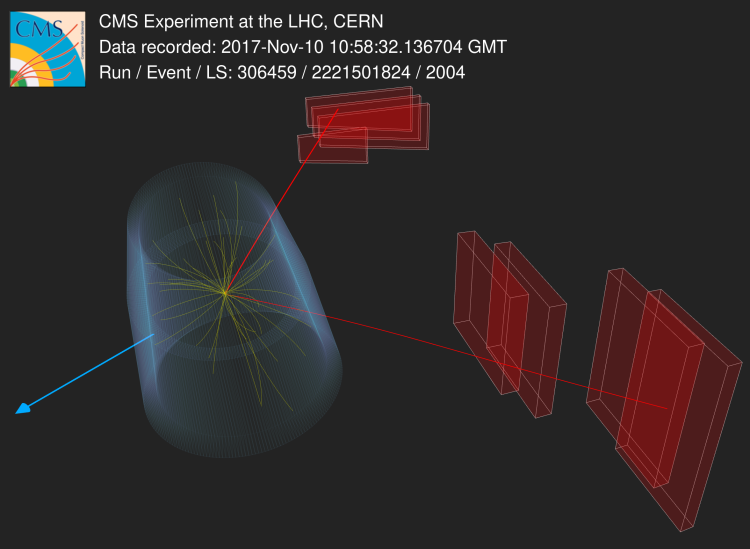 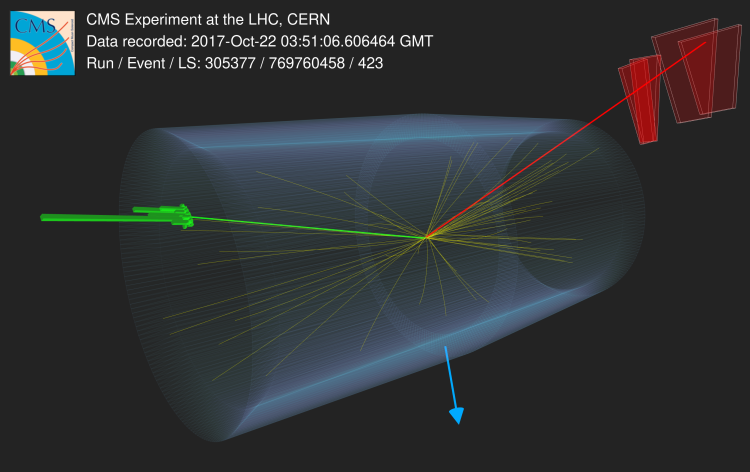 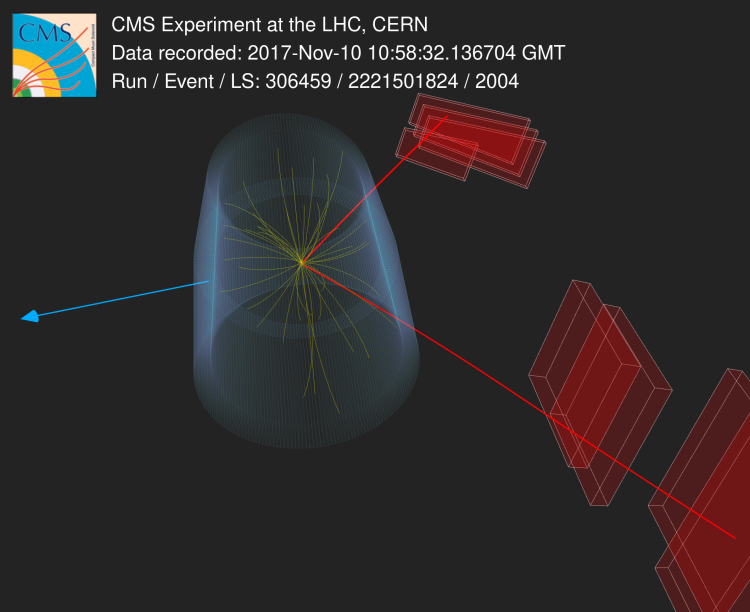 The Large Hadron Collider (LHC) offers a unique opportunity to probe the internal structure of protons, with great precision and at unprecedented energies.  According to Feynman’s parton model, protons are made up of three quarks, two “up” quarks and one “down” quark, which are held together by so-called “gluons”. These particles are collectively known as “partons”.  This parton model is sufficiently accurate to understand the behavior of protons in most areas of physics, but it does not describe the proton’s behavior in high energy collisions such as the ones at the LHC. In fact, the higher the energies of the proton-proton (pp) collisions, the “deeper” we can see into the protons, similarly to what happens when we use more powerful microscopes. The improved resolution allows us to see that there is a whole “sea” of quarks and gluons that swirl around in the proton, carrying different fractions of its total energy.

All the studies made by the LHC experiments using pp collisions, including the production of the famous Higgs boson and searches for elusive dark-matter particles, are based on processes induced by these partons. It is therefore absolutely crucial to understand the internal structure of the protons and how the partons behave. An important aspect of this behavior is that, if there are many partons inside a single proton, there is a small chance that not one, but two pairs of partons simultaneously interact in a single pp collision. This is referred to as “double parton scattering” (DPS). Figure 1 offers a schematic view of double parton scattering, in this case leading to the production of two W bosons. 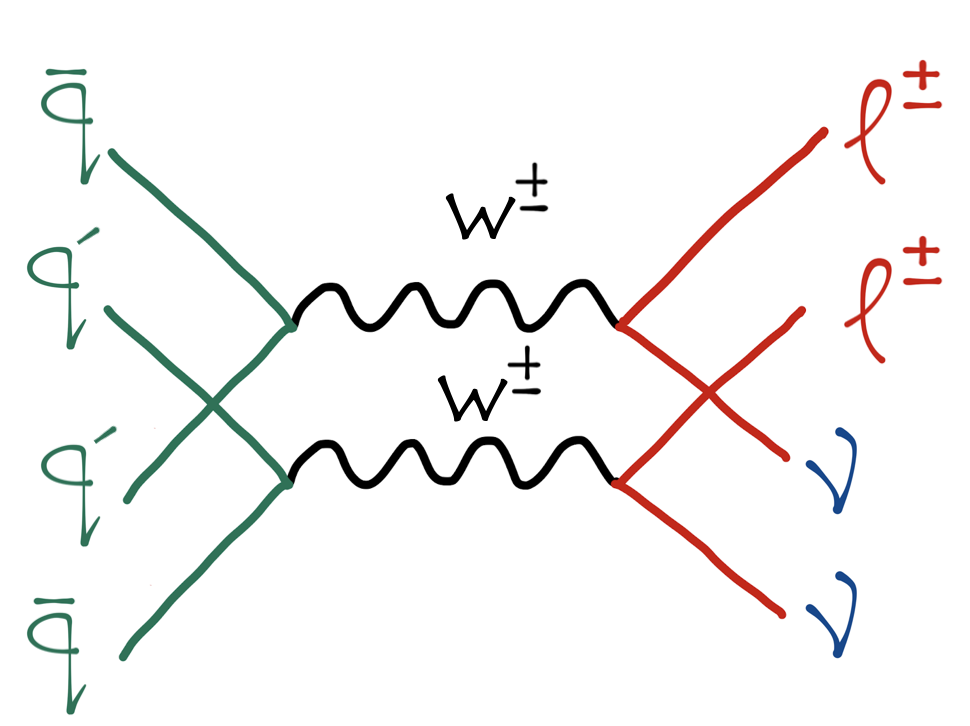 Figure 1: Two quark-antiquark pairs can simultaneously annihilate, in DPS, leading to the production of two W bosons of the same charge.

Studying such events in many different production modes can shed light on a number of interesting phenomena. For instance, DPS provides information on the size of the proton through a quantity called the “effective cross section”, which cannot be measured in regular single parton scattering events (SPS). Moreover, DPS can teach us about correlations between the different partons within each proton, addressing questions such as: what changes in the structure of the proton after one parton interacts? how likely is it to find another parton of the same type and/or energy? and how does it depend on the type of particles that are produced?

The production of two W bosons with the same electric charge (W+W+ or W-W-, Fig. 1) is particularly interesting in this regard. First, because charge conservation implies that this process is very rare in SPS. Second, because W production is dominated by quark-antiquark annihilation, rather than by gluon interactions, and because W pair production is the highest mass process that we can probe in DPS at the LHC (the W bosons have a mass of around 80 GeV). All the elements are in place to provide a clean probe of whatever parton correlations exist in the protons.

Figure 2: The interactive display of two same-charge muons (red tracks), probably resulting from the decay of two W bosons produced in a double parton scattering, fly out of the collision point. Try to zoom and rotate. Also accessible from this separate page.

CMS has just reported the first observation of same-charge W pair production. Figure 2 shows a corresponding event display. The analysis was performed using events where each W boson decays into an electron or into a muon (and neutrinos). This is a very clean final state, given that CMS has excellent detection capabilities for such electrons and muons, both at the trigger and analysis levels. The high precision of the energy and trajectory measurements is particularly important to achieve an accurate study of the parton-parton correlations.

As often happens in this kind of analysis, there are “background” processes that can lead to similar final states. For instance, single parton scattering can lead to Z W pair production. The Z will then decay to a pair of muons or of electrons. If one of the leptons is not seen, because of limited acceptance coverage or of detection inefficiencies, the event might be wrongly tagged as same-sign W pair production. To reject this and other backgrounds, a task of the utmost importance, CMS developed several machine learning techniques. The conclusion is that same-sign W pair production is seen with a statistical significance of more than 6 standard deviations with respect to the background-only hypothesis, an observation that paves the way for studies of parton-parton correlations in the W±W± production mode. 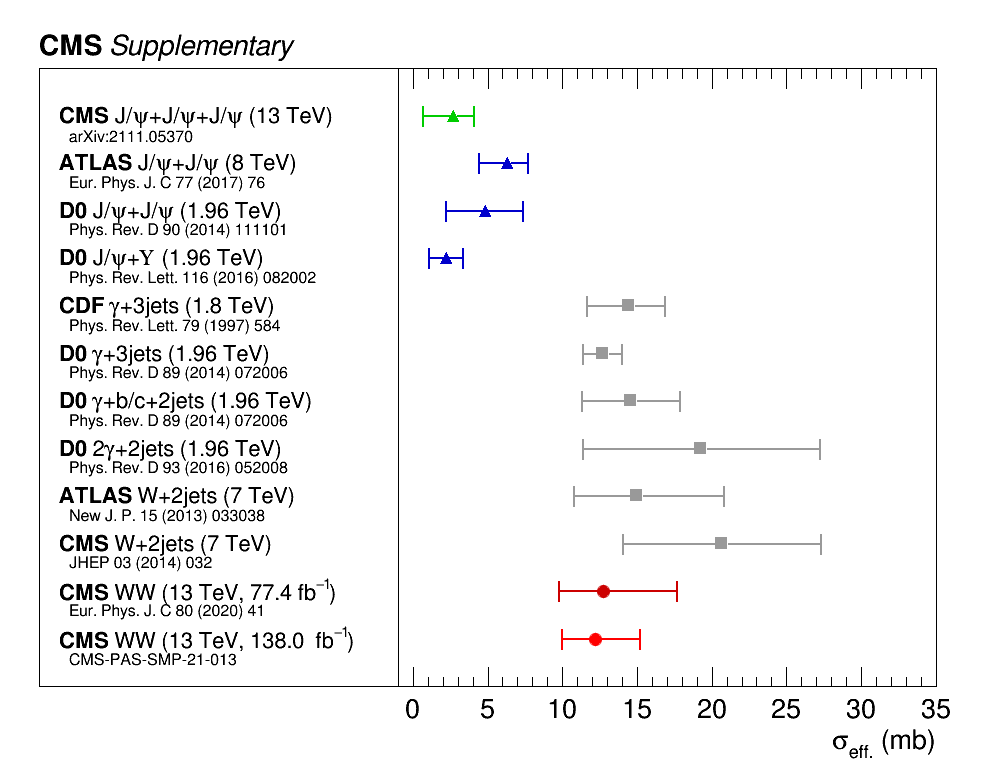 Figure 3: Effective cross section measured at the Tevatron (CDF and D0) and at the LHC (ATLAS and CMS) in several production channels and collision energies. The result described here is represented in the lowest row (red point).

Besides the W±W± production cross section, CMS also reported a new measurement of the previously-mentioned effective cross section: 12.2+2.9-2.2 mb. As shown in Fig. 3, this result agrees with other values obtained in DPS production modes initiated by quarks (gray points), and reinforces the indication that there is a difference with respect to the values obtained in processes initiated by gluon interactions (green and blue points).

The observation of W±W± production from DPS is only a first milestone in the use of this process to study parton-parton correlations inside the protons. Much more detailed studies will be made in the coming years, using event samples to be collected in the Run 3 of the LHC, starting in 2022, and also at the high-luminosity LHC (HL-LHC), which should correspond to a total integrated luminosity around 20 times larger than the 138 fb-1 of the current measurement.