Two Ends of a Seesaw 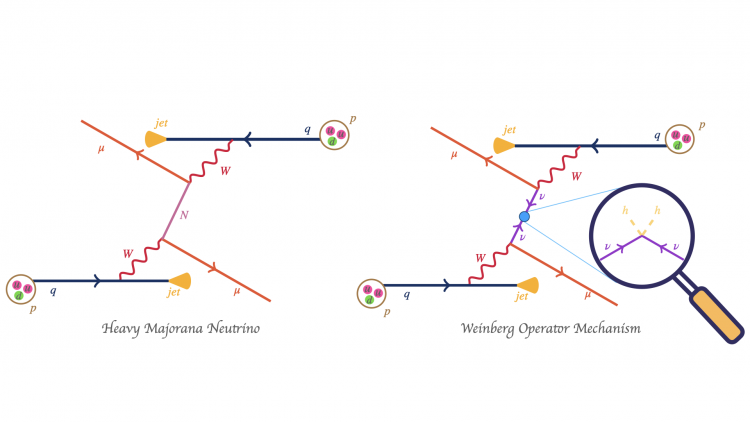 Neutrinos (𝝂) are the most intriguing particles in nature. The evolution in our understanding about the characteristics of the neutrinos is also very interesting. The apparent non-conservation of energy in beta decay led Pauli to predict, in 1933, a ghost-like particle which carried away the missing energy. This particle had to be electrically neutral, of negligibly small mass and a fermion (spin 1/2). It was named neutrino by Fermi in 1934, meaning “little neutral ones”, to distinguish it from the massive and neutral neutrons. Later, experiments have established that there are at least three different types (or flavours) of neutrinos in nature, called electron-neutrino (𝝂e), muon-neutrino (𝝂𝝁) and tau-neutrino (𝝂𝝉) associated with the corresponding charged leptons (electron, muon, and tau).

About 2 decades back the neutrino oscillation experiments, in which a neutrino of one flavour spontaneously turns into a neutrino of a different flavour, established that neutrinos have tiny but non-zero masses; this discovery got the Nobel prize in physics in 2015. Despite the best efforts to measure the neutrino masses, only an upper limit could be established. The best current result, that neutrinos are lighter than 0.8 eV (electron-Volt), comes from the KATRIN experiment.

In the standard model of particle physics, the elementary particles acquire their masses from their interactions with the Higgs boson. This hypothesis was confirmed by the discovery of the Higgs boson at the LHC almost ten years back and led to the Nobel prize in physics in 2013. However there is an issue with the neutrinos. The masses of the charged fermions are measured to be about 0.5 MeV or more. On the other hand, the masses of the neutrinos, as indicated above, seem to be six to seven orders of magnitude smaller! This large disparity leads to the suspicion that the neutrino masses are generated by a process that is different from the Higgs mechanism.

There is another interesting and relevant aspect here. From the relativistic equation for electrons proposed by Dirac in 1928, it is inferred that every fermion should have an anti-particle. However, in 1937, Ettore Majorana made a startling proposal that a neutral fermion can be its own anti-particle. Such a particle has a special form of mass called the Majorana mass. If the neutrino is a Majorana particle, then a special process, called neutrino-less double beta decay, can occur in nature. In this decay, a heavy nucleus will emit two electrons but no neutrinos. Scientists have been searching for such a decay for the last three decades, but no evidence has been found till now in the experiments.

The story is not over yet. In 1978, Steven Weinberg constructed a mathematical model predicting the existence of very massive Majorana-type neutrinos that cannot be observed directly with the currently accessible collision energies. However, these Majorana neutrinos can interact with the standard model neutrinos leading to their tiny but non-zero masses, as observed. Further, the larger the masses of these Majorana neutrinos, the smaller is the mass of standard model neutrinos. This hypothesis goes by the name see-saw model. Figure 1 depicts this basic idea using a cartoon. Note here that this explanation of the origin of the non-zero neutrino mass also describes another puzzle: how the Universe, as we know it today, is almost entirely made up of matter, with hardly any trace of antimatter. 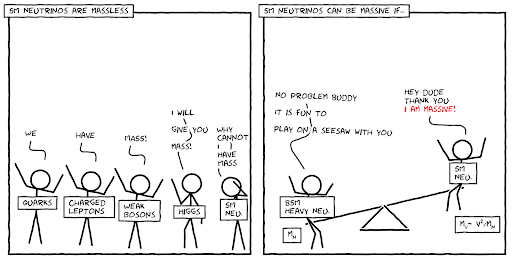 Figure 1: Cartoon of the see-saw mechanism that can provide tiny masses to the standard model neutrinos with the help of heavy Majorana neutrinos.

The CMS Collaboration at the LHC has recently completed a novel search for the two ends of the seesaw, one for heavy, exotic neutrinos, and another for the light, standard model neutrinos, using the so-called vector boson fusion process. The unique signature of this process in the experiment consists of two muons with the same electric charge and two widely-separated jets with a large invariant mass. Importantly, no neutrinos are produced. The art of the analysis is to be able to discriminate the signal against the background, ie., other processes occurring typically with larger rates and which mimic the characteristics of the signal event. Figure 2 shows a computer reconstructed event recorded by the CMS detector which has signal-like characteristics. 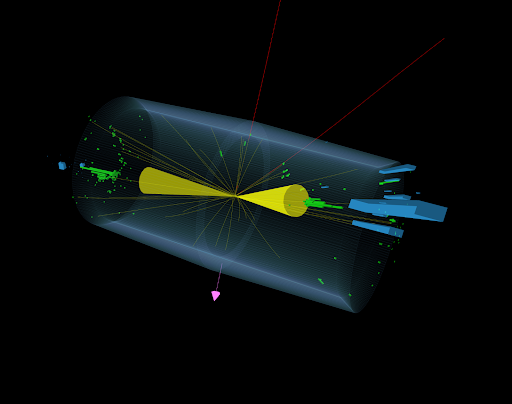 Figure 2: A collision recorded in the CMS detector producing signal-like signature. It has two muons (red lines) of the same electric charge, two jets wide apart and lying in the forward-backward regions or at low angles to the beam axis (yellow cones followed by green and blue blocks) but very little missing energy (magenta line).

The number of signal-like events in the data turned out to agree well with the background processes and no indication of heavy neutrinos was revealed. This interpretation is based on Figure 3 where the observation is indicated by the solid black like and the expectations from earlier searches by CMS Collaboration are represented by the dashed blue and red lines. Thus, this recent  search not only improved upon the earlier one, it constrained both of the hypotheses of Weinberg and Majorana. 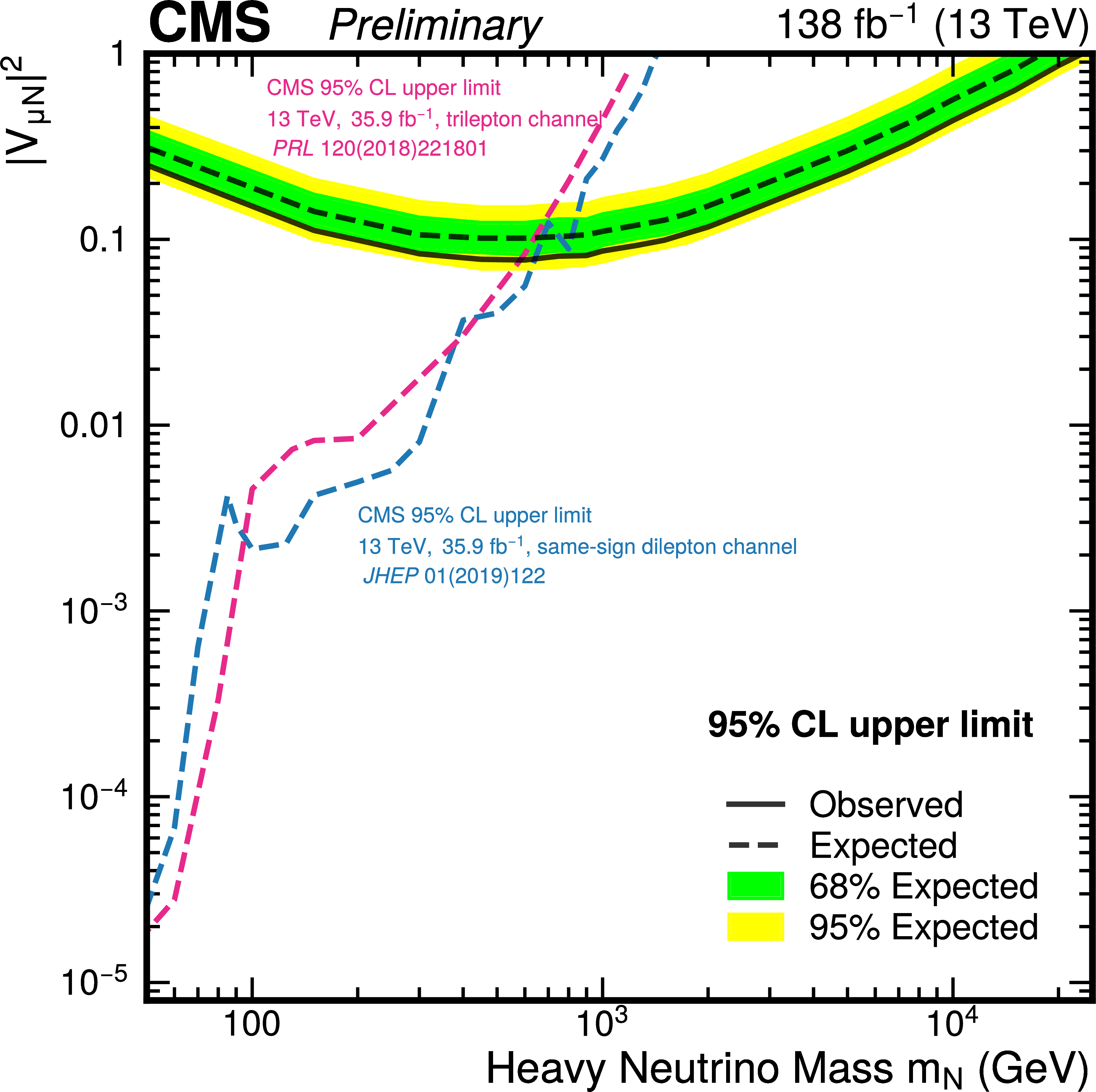 Figure 3: The final result of the search for Majorana neutrinos and prediction of Weinberg hypothesis. The black dashed curve is the expected upper limit, where one and two standard deviation bands are indicated in lime green and light yellow, respectively. The solid black curve is the observed upper limit. The red and blue dashed curves are the results from earlier searches by CMS Collaboration.

In summary, studying collision events consisting of two same-sign muons unaccompanied by neutrinos, CMS has extended the range of the hypothesized Majorana neutrino masses. Additionally, the results serve as the first test of Weinberg's theory to explain the non-zero mass of the neutrinos. This result opens a new window for the LHC's data exploration; for example, by testing models connecting physics at a high energy scale with detectable effects at lower energy, to probing existence of super heavy particles traditionally thought to be challenging at the colliders.