The Z and the b 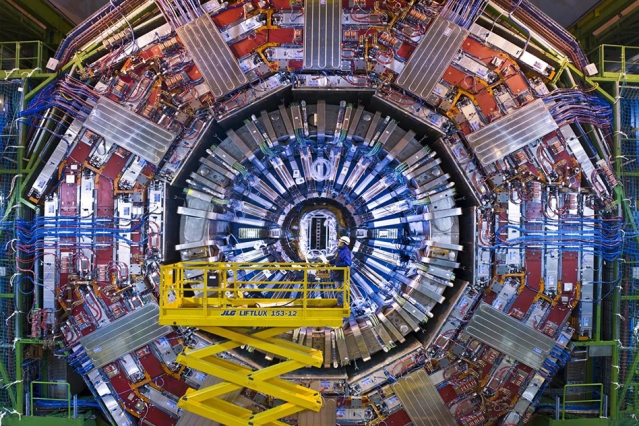 The collision of high-energy protons at the LHC breaks them apart and allows us to look at its constituents. Surely there are more interesting stuff in store, compared to the usual constituents at lower energy, the up and the down type quarks. Because of the complexity of the binding forces that hold them together, occasionally, other varieties of quark or antiquark (called strange, charm, bottom) manage to carry a significant fraction of the proton energy and plays a major role in the hard scattering. One such possibility is the production of a Z boson accompanied by a b jet (a collimated spray of particles originating from a bottom quark) due to the scattering between quarks and/or gluons. Such processes thus contain information about the bottom quark content of the proton and also help us to scrutinize the theoretical calculations by comparing predictions with experimental data. The study of this type of collisions is also very important in the context of the measurements related to the Higgs boson, or in some of the scenarios of beyond standard model physics. Therefore, it is no surprise that the precise measurements of the production rate of Z + b jet(s) events and their properties are an important part of the physics program at the LHC.

The CMS Collaboration has just released the first results on the Z boson production in association with at least one b-jet in proton-proton collisions at the LHC at the center of mass energy of 13 TeV using data recorded by the experiment in 2016, 2017, and 2018. The Z boson in the analysis is identified through its decay to oppositely charged electron or muon pairs. The challenge, however, is to identify the b jets since jets originating from lighter quarks or gluons, created at a much higher rate, can mimic the criteria used for the b jets. In order to suppress these background processes, CMS has developed a dedicated algorithm based on artificial intelligence that employs distinct features of the jet constituents. Figure 1 shows a candidate event recorded by the CMS experiment where the Z boson decays to muons (red lines) accompanied by a b jet (orange cone) and a non-b jet (yellow cone). 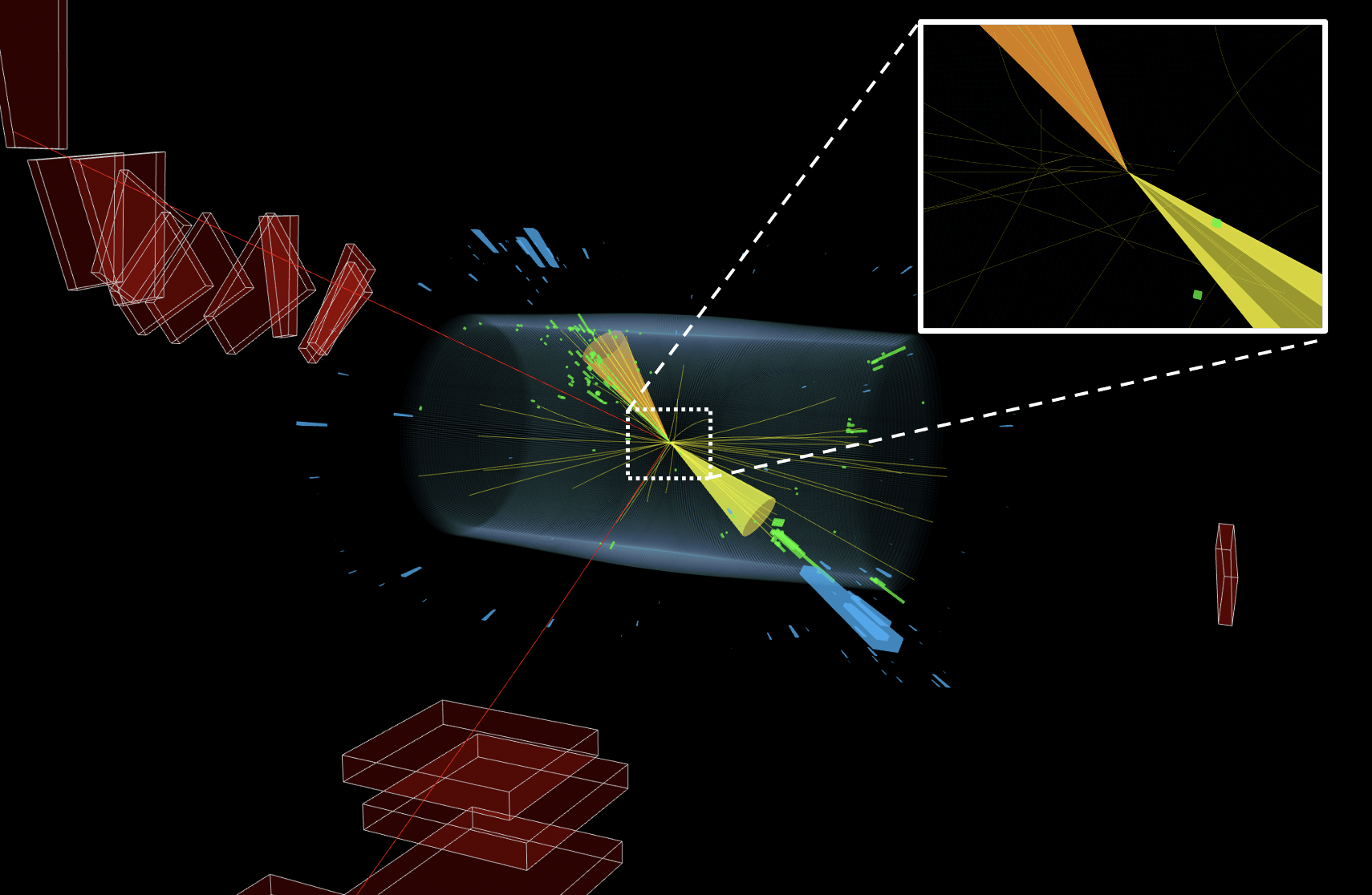 Figure 1: A proton-proton interaction event recorded by the CMS experiment. It features two muons (indicated by red lines) detected in the muon chambers (indicated by red slabs) and two jets of particles (visualized by cones). Upper-right corner of the picture is a zoom-in view of the proton-proton interaction vertex. You can view the interactive event display on this separate page.

In CMS data there were about 100 million events containing at least one Z boson decaying into electrons or muons. The presence of one b jet reduces the sample size by a factor of 100, while the presence of another b jet additionally in the event brings down the number by another factor of 10, as expected from the theory. Figure 2 presents the event rate as a function of the transverse momentum of the b jet in Z + 1 b jet events measured in the CMS experiment and the theoretical predictions. The lower panels exemplify the compatibility of data with various theory calculations. This result and several other measurements performed during this study validate the theoretical framework of the standard model of elementary particles. 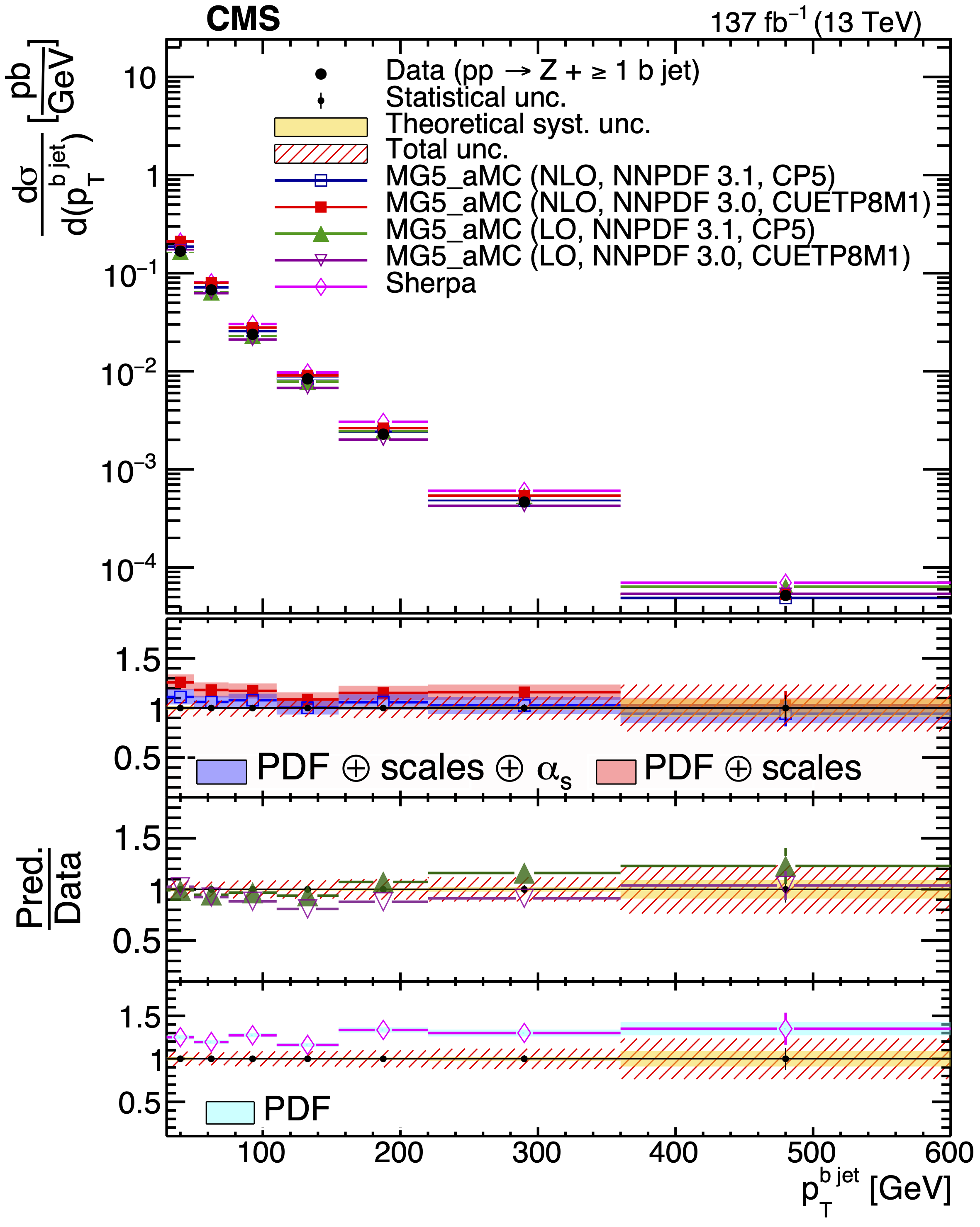 Figure 2: Measured and predicted event rate as a function of the b jet transverse momentum in Z + 1 b jet events. The bottom panels show the ratio of individual predictions to data. The hatched bands represent the uncertainties in theory.

To summarise, Z + b jet(s) event rates as a function of various properties have been precisely measured in the CMS experiment which can be used to further improve the prediction from the theoretical calculations. Not the least and very interestingly, the much rarer production of Z + Higgs boson with the latter decaying to a pair of b quarks, do show up in this study. Remember, the Higgs boson was discovered less than a decade ago! This reminds us of the famous statement Yesterday’s discovery is today’s background made more than three decades ago!

However, in this context, the future is not bleak. The LHC will still be able to question vehemently the success of the standard model. The data volume will increase progressively, which will allow for example, the above distribution to be extended on the higher side. That will allow even more stringent scrutiny of predictions from the standard model via comparison with data. Further, any deviation from this expectation will indicate effect of physics of higher energies inaccessible by the LHC. So, stay tuned!

Look at how excited the young researchers are in this video