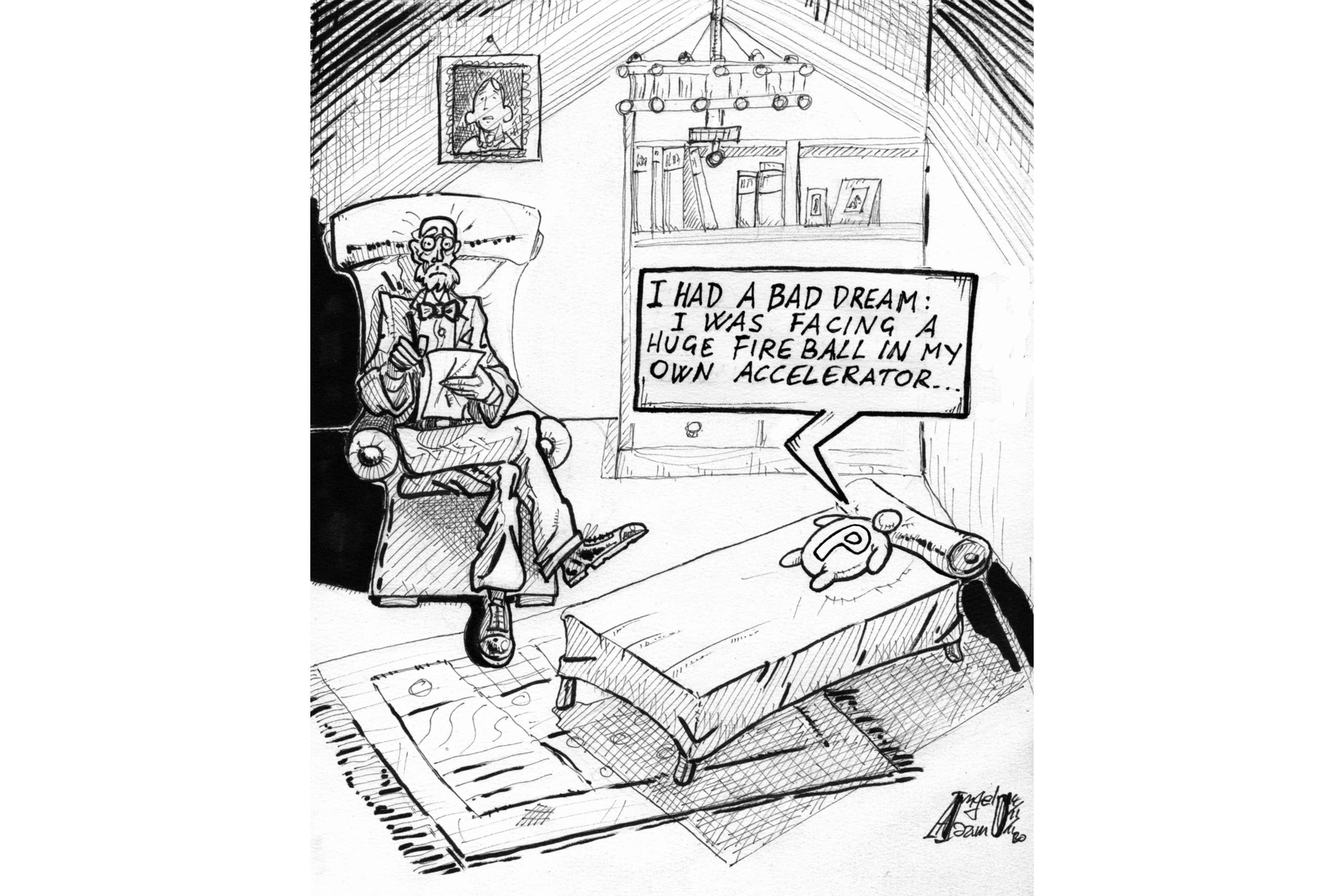 Our best understanding of the early Universe tells us that a dense medium, known as the quark-gluon plasma (QGP), existed in the first microseconds after the big bang. These early-Universe conditions can be mimicked in particle colliders by smashing together heavy nuclei, such as those of lead or gold, producing a hot and dense medium similar to the QGP. In 2010 and 2011, the LHC collided lead nuclei within the ALICE, ATLAS and CMS detectors. At the end of the current proton run, however, we will witness the first run with asymmetric collisions: protons bombarded into lead nuclei. The LHC successfully conducted the first ever proton-lead (pPb) collisions during a test run in September.

“A big motivation for these asymmetric collisions is to establish a reference for lead-lead collisions,” says Christof Roland CMS Heavy-Ion Run Coordinator. Usually, data from lead-ion collisions are compared with those from proton collisions under similar conditions, to study similarities and differences between the two. Christof continues, “On the one hand, nuclear parton distribution functions (PDFs) are different compared to PDFs in protons, so it may be that particles are produced differently in both kinds of collisions. On the other hand, in the case of lead-ion collisions, interacting with the plasma can lead to, for example, jet quenching and dissolving quarkonia. For the quarkonia, the question is: is this a final-state effect of stuff getting stuck or absorbed or dissolved in the plasma or an initial-state effect of the stuff not getting produced in the first place? If you study proton-nucleus collisions, there you are only dealing with cold nuclear matter; you don’t form a hot plasma in an extended volume which the produced particles have to traverse. So you can decouple the two effects and study directly the impact of the modification due to the initial state of the nuclear PDFs.”

Of course, it’s not just the hot plasma that interests physicists. Heavy-ion collisions help better understand the structure of the colliding nuclei. Gabor Veres, co-convener of the CMS Heavy-Ion Group says, “Nuclear PDFs are harder to study than proton PDFs. By itself it is interesting, and many people want to learn about the nuclear structure –– not the low-energy structure, but the parton structure at high collision energies.”

Proton-lead collisions also play a role in studying cosmic rays. “The geometry we usually have for cosmic rays is a proton hitting ions in the stratosphere and then you’re mostly interested in the forward-going proton and what kind of shower this produces. With pPb collisions, we can get a more reliable description of collisions like that,” says Christof. “Models for cosmic ray physics are only loosely constrained by data so far. Having a clear benchmark like controlled pPb collisions can produce a calibration point to tune these models better.”

“For cosmic rays,” adds Gabor, “you don’t know the energy of the incoming proton from outer space; you measure the shower, which is mostly forward-going particles with low transverse energy. This shower is similar to what we study in pPb collisions, except we know the energies of the protons.”

Now, you might imagine that colliding two very different species of particles would give us very asymmetric collisions to observe. Gabor confirms this notion: “About two times as many particles are created in the direction where the lead goes compared to the direction in which the proton goes, but this depends a lot on the centrality of the collision and the directions of the detected particles. In addition, if you just hit a lead ion with a proton, the ion will disintegrate and produce charged fragments. These fragments spit out neutrons, which can be detected by sub-detectors in CMS. This is useful in measuring how central the collision was: if it was very central there will be more fragments and so more neutrons.”

CMS will work closely with TOTEM during the pPb run: “This gives us a very powerful combination of detectors. CMS and TOTEM have combined triggers in the test run, so a subset of events is common with each other. The whole available phase-space can be measured, as a consequence,” concludes Gabor.

After a successful test run last month, the CMS heavy-ions team is eagerly looking forward to all the pPb data the LHC can provide early next year, hoping to further our understanding of the very early Universe.