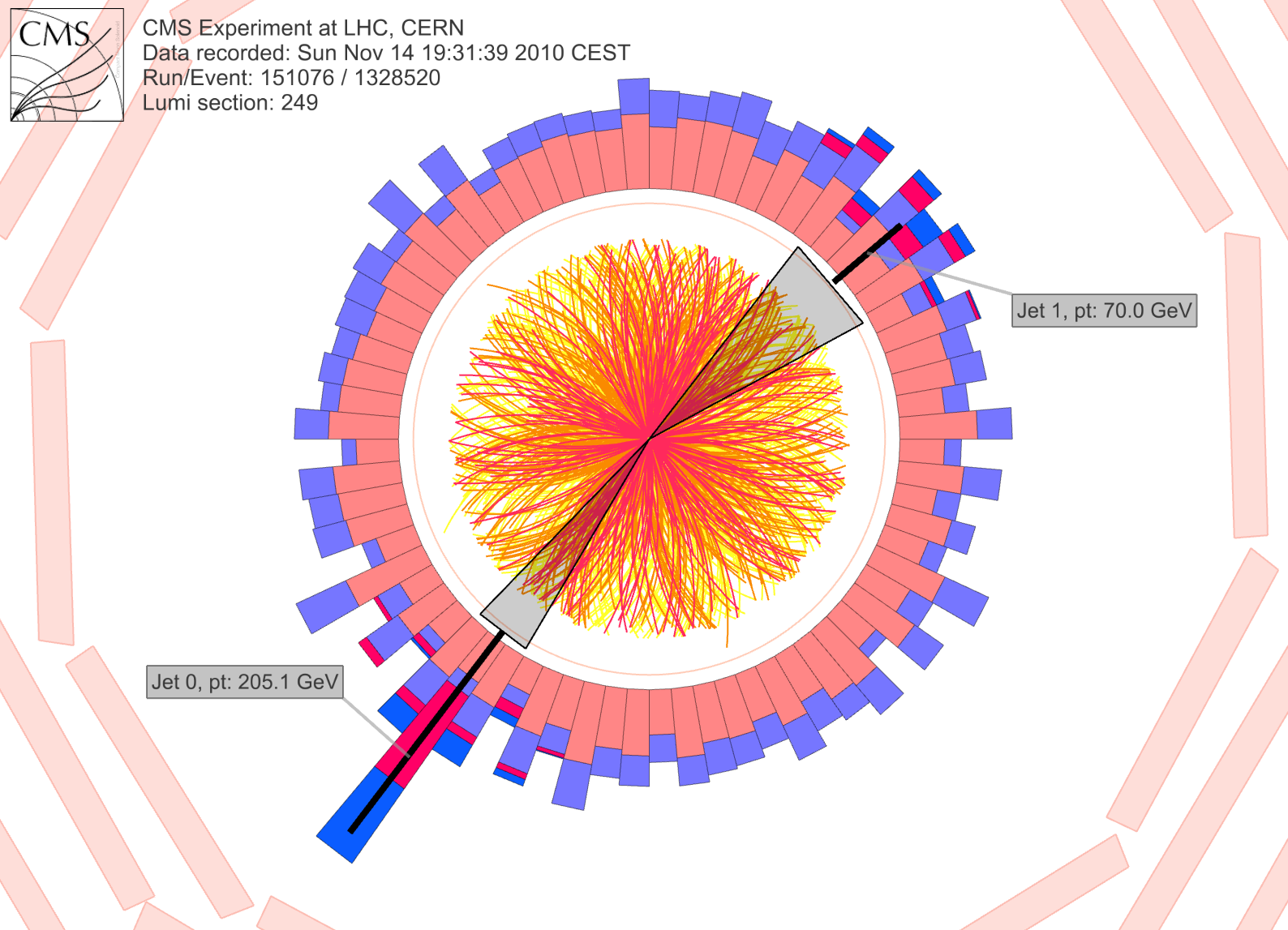 Figure 1 LHC lead-lead collision in the CMS detector showing particles (yellow and red tracks) radiating from the collision point. The particles deposit their energy in the calorimeters (salmon, mauve, red and blue towers, with a height proportional to energy). Two back-to-back jets are seen with a large energy asymmetry, as expected from the jet-quenching mechanism.

After only three weeks of heavy-ion running at CERN’s Large Hadron Collider (LHC), the CMS experiment is already yielding new insights into the condition of matter that existed in the very first instants of the Universe’s life, some 13.7 billion years ago.

In addition to the first ever observation of Z bosons in lead-lead ion collisions [see cmsexperiment.web.cern.ch/news/first-z-bosons-detected-cms-heavy-ion-collisions], CMS has also directly observed, during the very first days of the data taking, a phenomenon known as "jet quenching", previously seen at RHIC, the Relativistic Heavy Ion Collider at Brookhaven in the USA.

Together with results from ALICE and ATLAS, a selection of CMS heavy ion results was presented at a CERN seminar on Thursday 2nd December. The slides and webcast are available at:

The CMS results will be published soon after the 2010 heavy ion run finishes on 6th December, when the complete dataset will have been analysed.

CMS is as hermetic as possible in order to detect and measure as many of the particles emanating from a collision as possible. This is a novel way of studying heavy ion collisions, previous detectors often covered the volume around the collisions only partially. The full coverage facilitates e.g. the study of jets of particles, formed when quarks and gluons fly away from the collision point. In proton collisions, jets usually appear in pairs, emerging roughly back to back, each with approximately the same energy. However, in heavy ion collisions an outgoing jet may interact with the surrounding hot, dense medium, as if moving through a dense liquid that “slows down” the jet. This can reduce the energy of a jet, causing large imbalances of energy between two back-to-back jets, as shown in the event displays below.