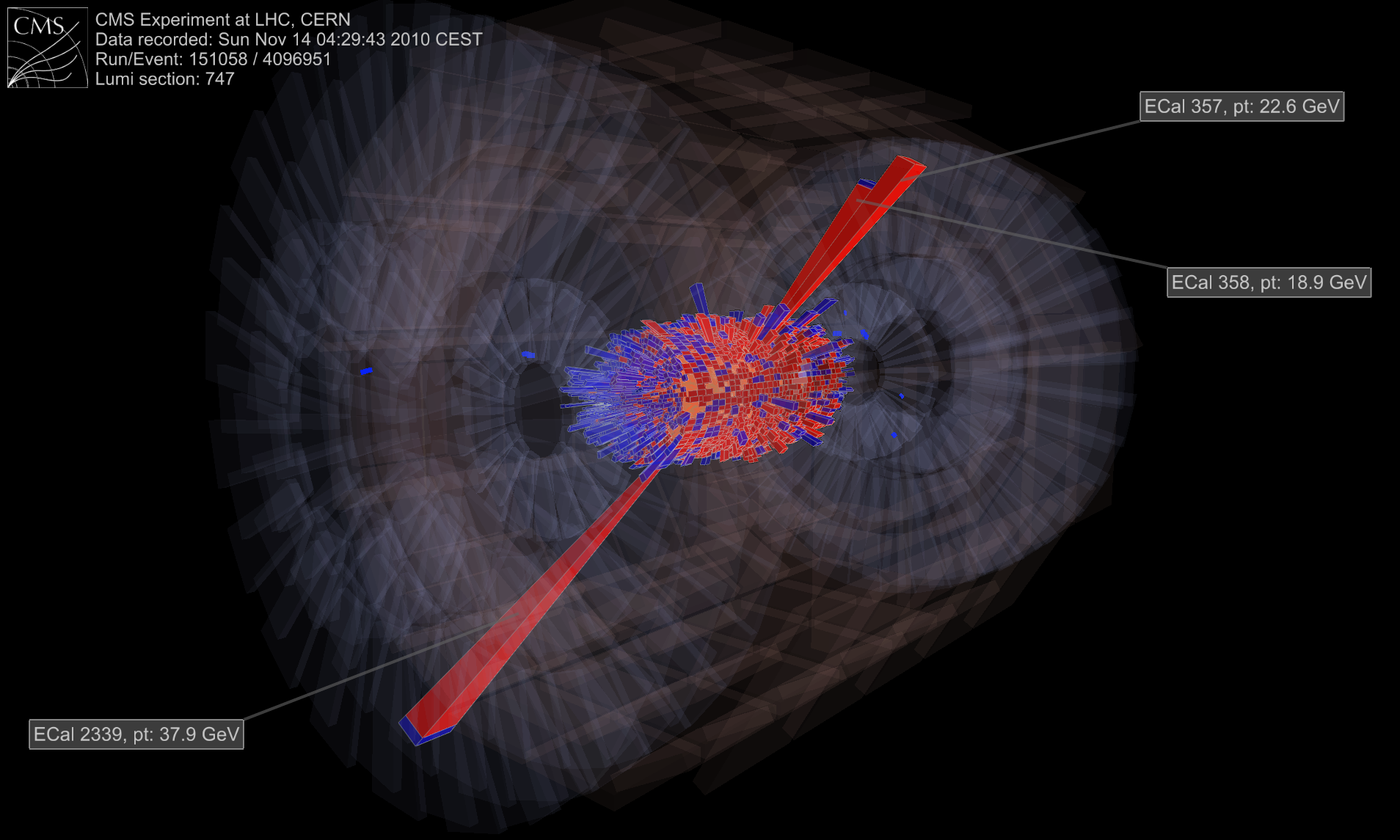 Z bosons produced in collisions of heavy ions have been observed for the first time by the CMS experiment at CERN’s Large Hadron Collider (LHC). CMS observed 10 events containing a distinctive candidate Z boson reconstructed from a pair of electrons or a pair of muons (see figures 1 and 2 respectively), whose invariant mass is consistent with the Z boson mass.

The Z boson was discovered at CERN in 1983 but has never before been seen in heavy ion collisions. Zs production in heavy ion collisions will provide an important benchmark against which to compare various probes such as the production of J/Psi and Upsilon particles, or the energy of transversally balanced jets of hadrons. All these can signify the formation of small amounts of the quark-gluon plasma, a hot dense state of matter that is similar to the conditions in the very early Universe.

On the 8th of November the LHC first started colliding Lead-Lead collisions at a centre-of-mass energy of 2.76 TeV per nucleon pair – 14 times higher than previously achieved by the Relativistic Heavy Ion Collider (RHIC, Brookhaven, USA) where the quark-gluon plasma is studied since 10 years. Already on the second night of LHC heavy ion collisions, a Z boson was observed decaying to two muons in CMS.

Other interesting events were also seen, with features such as pairs of energetic jets, a jet balanced by a photon, several J/Psi and neutral pions, showing that the reconstruction of the thousands of particles produced in the most energetic collisions is working well.

"This was made possible by the excellent performance of the LHC machine and the high quality of the CMS detector," said Guido Tonelli, the CMS Spokesperson. "CMS is particularly well suited to observing Z decays in the complex environment of heavy ion collisions. CMS scientists around the world are analyzing this exciting data and we will publish our first heavy ion results at this new energy frontier very soon."