Finding electrons and photons with the CMS detector 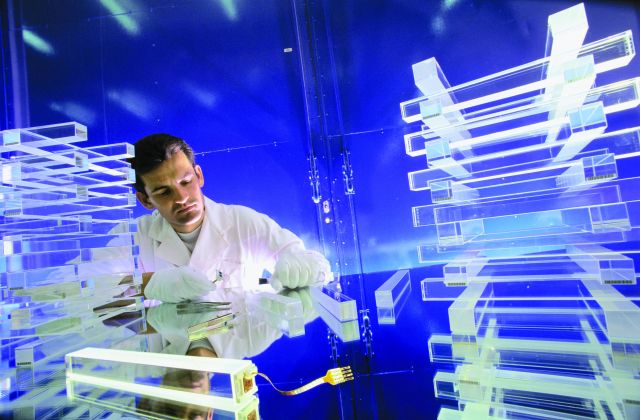 The CMS electromagnetic calorimeter has excellent lead-tungstate crystals that are used to detect photons and electrons. But that is just where the story begins!

Fundamental particles are the most basic building blocks of the universe. It took more than 60 years to formulate a physical model to explain their interactions fully. This model is now known as the Standard Model of particle physics. Many of these particles are not well recognised outside of the particle physics community. And rightly so, because ordinary matter and light are made up of just a subset of the possible particles. The other fundamental particles are only produced during high energy events in the cosmos and at high energy colliders, such as the Large Hadron Collider (LHC) at CERN. Of the particles that make up ordinary matter and light, two are well known among school students: the electron and the photon. Electrons are part of atoms, and the photons make up the light around us. They are so popular that they can even be found as the subject of various online memes and in graphics of several T-Shirts.

Figure 1: An electron (and its bremsstrahlung photons) passing through the tracker and creating clusters of energy in the electromagnetic calorimeter (ECAL).

The CMS experiment uses several sub-detectors and dedicated algorithms to correctly reconstruct, identify, and measure electrons and photons’ properties. The tracker and the electromagnetic calorimeter (ECAL) sub-detectors have an essential role in finding these particles. Electron signatures are recorded as tracks in the tracker matched to energy deposits in the ECAL, whereas photons are detected only as energy deposits in the ECAL.

When an electron or a photon hits the CMS detector, as shown in Figure 1, it takes several steps to correctly measure its properties, such as direction, energy, and momentum. Electrons are charged particles and hence bend in the magnetic field inside the CMS detector. The tracker is composed of many layers of silicon. This material can detect the passage of charged particles without disturbing the particle a lot, and the electron’s trajectory can then be identified. The curvature of the trajectory gives a measurement of the particle’s momentum. When the electron ends up interacting with the detector material, it will emit photons, which take away part of its energy and change its direction. This process is known as bremsstrahlung. To correctly measure the electron momentum, any deviation in the trajectory is taken into account using a dedicated algorithm.

Photons (either from bremsstrahlung or directly from collisions) do not leave a signal in the tracking detector since they are neutral in charge. However, they can interact with the detector material and create an electron and a positron (an electron with a positive charge), a process known as “pair production”. To efficiently find photons, it is also necessary to find these pairs. Because they are charged particles, the electron and positron can be detected by the tracker.

The fact that the electrons are charged means they are affected by the magnetic field which creates further spread of the particles even before they reach the ECAL. The direction of the photons, instead, is not influenced by the magnetic field, so they do not deviate and go straight. In this way, electrons and photons arrive at different places on the ECAL and can create more than one electromagnetic shower. Dedicated “clustering” algorithms cluster the information left by electrons and photons. These algorithms combine the energy deposits and associate them with a track from the collision, when possible. To perfectly recover the energy not fully collected by the clustering algorithm, CMS physicists use machine learning. That way, information from the ECAL and the tracker are combined to get the best measurement.

Video: a Z boson creates an electron-positron pair in the CMS detector.

The video shows how an electron-positron pair signature looks like in the CMS detector: energy deposits in the ECAL with a matching track for each of the two electrons. Along with collecting real data, physicists also make detailed simulations of the LHC collisions and of the relative detector response. These simulations are useful to make sure the detector behaves as expected, and to understand the data. Simulations are also very important when searching for undiscovered particles or making precise measurements, as they provide a reference to compare to. Even with a great detector like CMS and excellent understanding of the data, simulated collisions are still slightly different from what we observe in data, and this can be a problem, given that we need the simulation to be as similar as possible to data.

Dedicated corrections that fix any differences are obtained using events in which a Z boson decays in an electron-positron pair, which is a very well known process. Figure 2 shows the distribution of the Z boson mass, reconstructed from the electron-positron pair, before and after all these corrections. As can be seen, with respect to the red one, the blue distribution has the peak placed closer to 91 GeV, the known value of the Z boson mass. The fact that the peak is also more narrow demonstrates that now the measurement is even more precise, given that the width of the distribution, also known as “energy resolution,” reflects the ability to estimate the Z boson mass as accurately as possible.

Figure 2: Animation showing the improvement of the distribution of the electron-positron pair mass from Z boson decays, recorded in the forward electromagnetic calorimeter of CMS, and in the most challenging region of the detector. The distribution before corrections is shown in red (i.e. right after the clustering algorithm) and the final distribution in blue after all the corrections (including machine learning and detector response equalisation).

Recently CMS has re-calibrated the full Run 2 dataset collected between 2015 and 2018 and re-estimated all necessary corrections and calibrations. This re-calibrated dataset has much better performance as shown in Figure 3 and will be used by the hundreds of CMS results we still expect on that dataset. The energy resolution as a function of different regions of the ECAL improves by about 20 to 40%. Such an improvement in the resolution aids in precision physics measurements and new physics searches, and it will make it easier to detect the presence of any possible new physics signal! 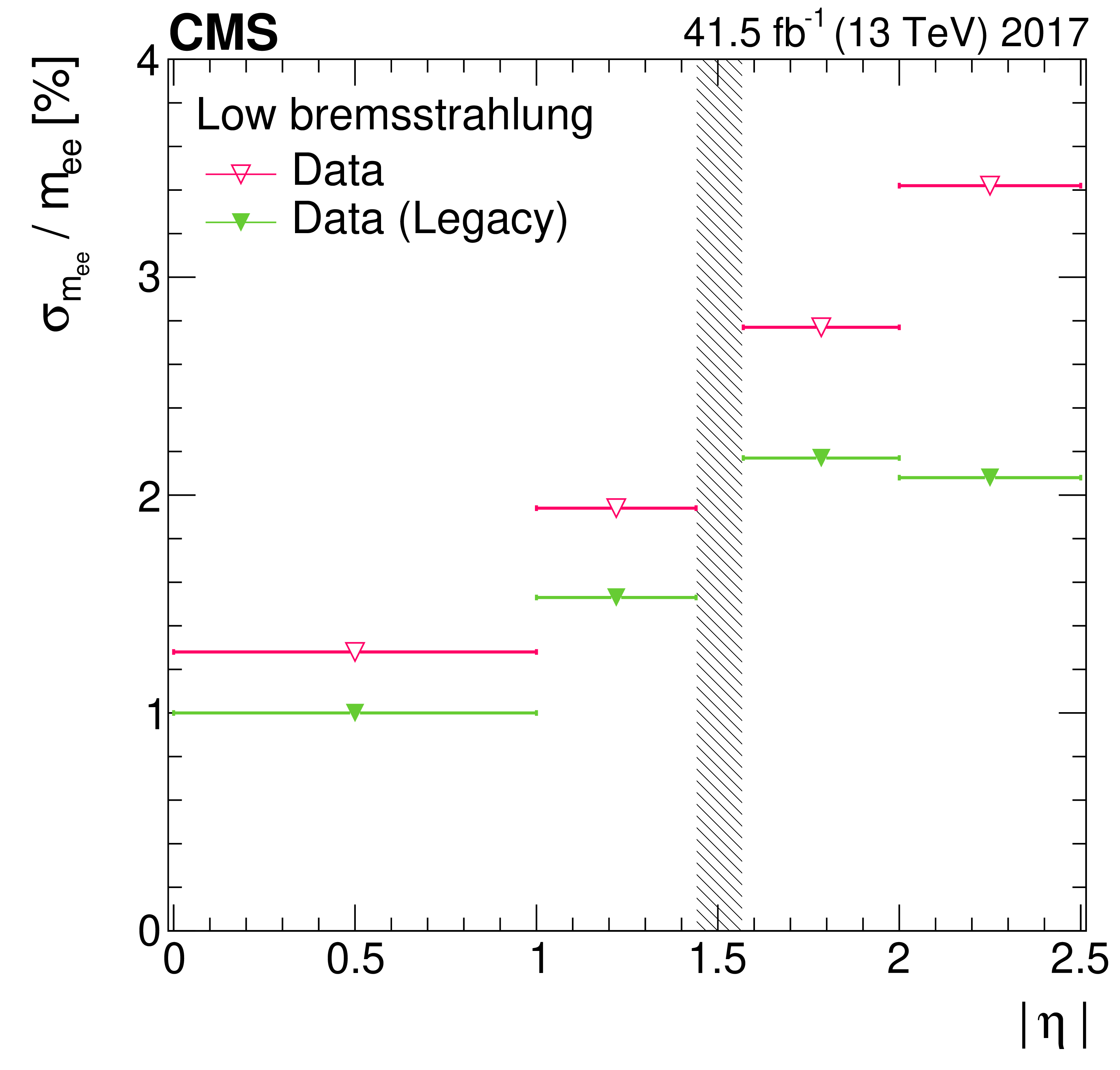 Figure 3: Effect of re-calibration on the mass resolution as a function of different regions of the ECAL, which collider physicists divide with an angle indicated with the greek letter η(eta). The recalibrated “legacy” dataset (green points) has improved resolution compared to the same data originally(red points). This improvement is due to the improved calibration.

CMS will start the data taking again next year during Run 3, which will begin in 2022.  The techniques described in this new paper ensure that the CMS experiment will be ready to deal with Run 3’s challenges upon the electron and photon.