The Installation of the BRIL Luminometers: Preparing for a bright Run 3

August 17th, 2021 - By Andrés G. Delannoy and Joanna Wanczyk, for the BRIL group 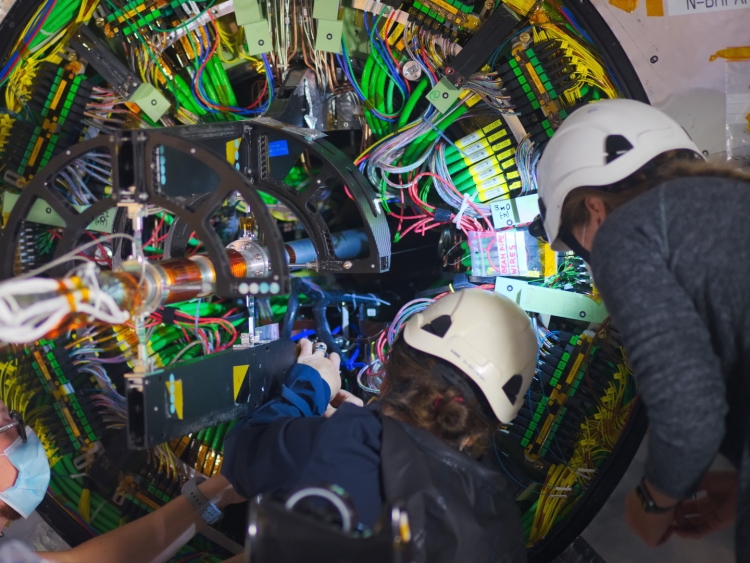 After long months of preparations, the Beam Radiation, Instrumentation, and Luminosity (BRIL) group has completed the installation of three instruments dedicated to the measurement of luminosity and beam conditions: the Beam Condition Monitor “Fast” (BCM1F), the Beam Condition Monitor for Losses (BCM1L), and the Pixel Luminosity Telescope (PLT). All three of the BRIL subsystems represent a new “generation” in their respective design history. Both PLT and BCM1F implement the use of silicon sensors, while BCM1L uses poly-crystalline diamond sensors. 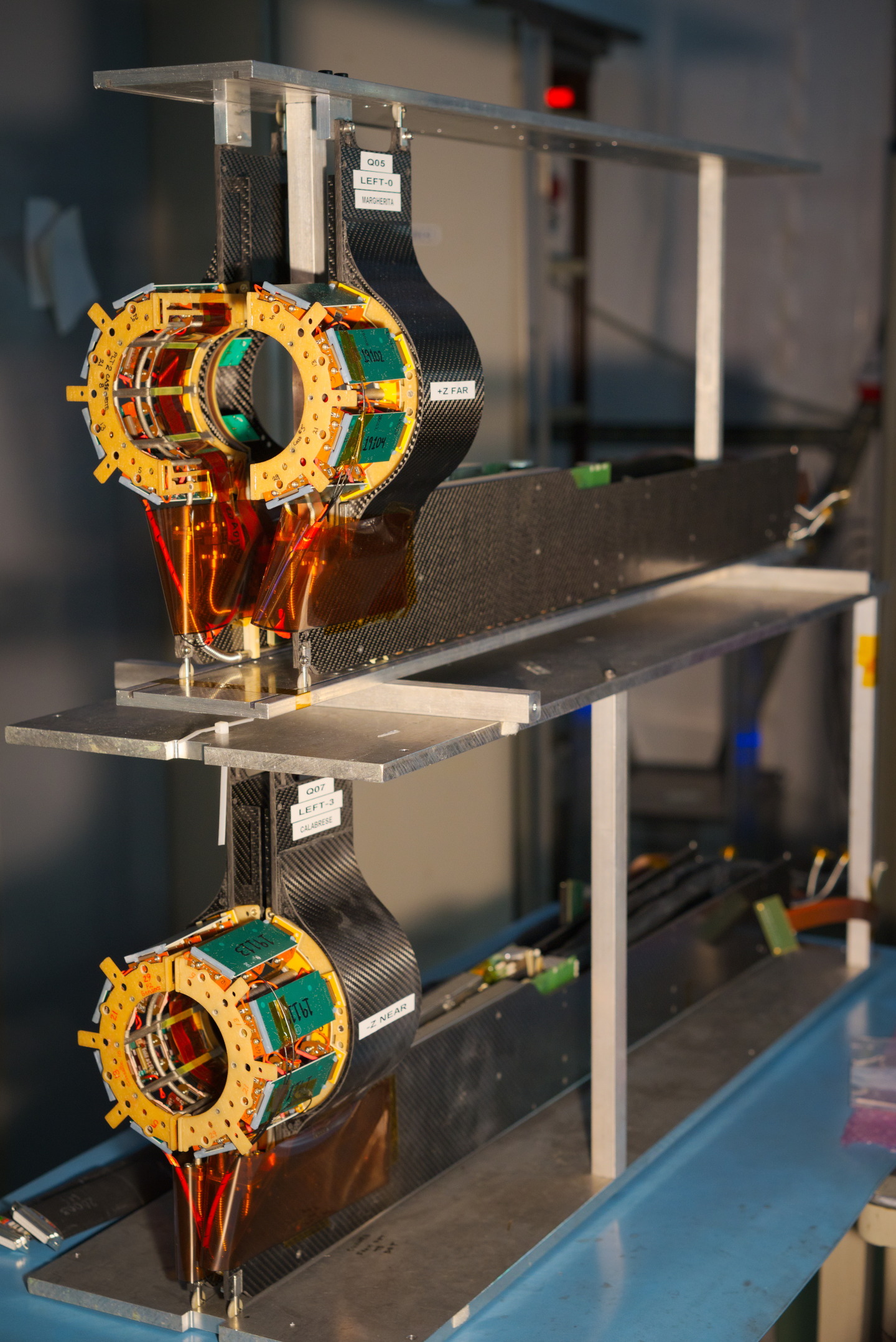 Finalized BRIL subsystems, where the PLT is enclosed in the yellow structure with BCM1F directly behind it. Two green BCM1L modules are visible for the top left quadrant. Credits: A.G. Delannoy

It is crucial to measure the real-time rate of collisions at CMS in order to optimize both the trigger rates and the quality of the beams delivered by the Large Hadron Collider (LHC). Moreover, continuously assessing the beam conditions is essential to the protection of the LHC machine and sensitive CMS sub-detectors. And, of course, the aggregated luminosity measurements need to be meticulously understood to determine the expected frequency of each type of interaction in nearly every analysis performed on the data collected by the CMS experiment.

All in all, the design and production of new components, sensor characterization, assembly, stress-testing under thermal cycles troubleshooting and repairs, etc. spanned a few years of challenging work, which ramped up as the Long Shutdown 2 came to a close and the installation date lurked around the corner. Finally, after finalizing all preparations, the transport activities began before sunrise of July 5th, 2021. 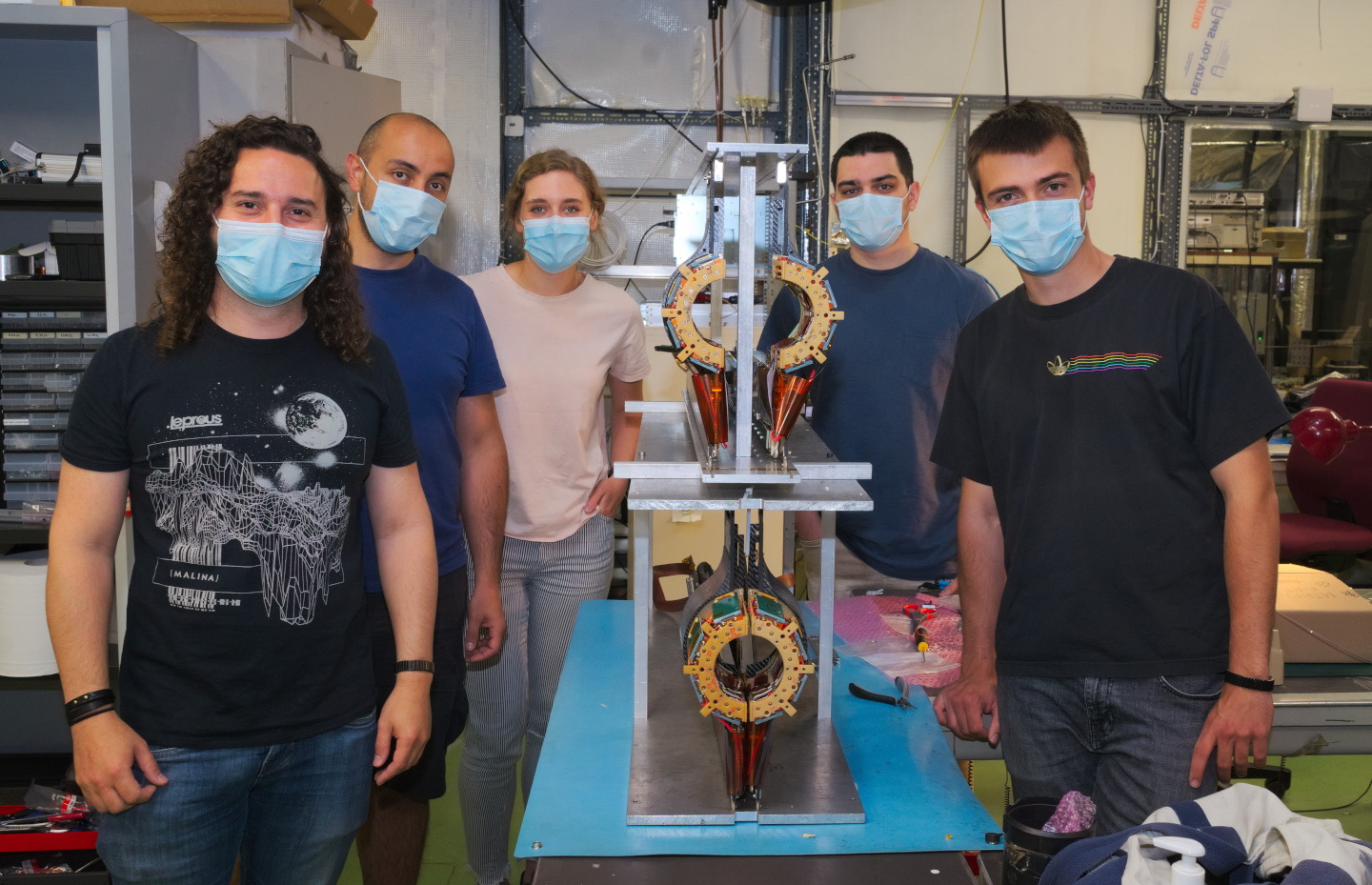 Each half of the detector was carefully loaded onto a special transport vehicle and dry air was circulated inside their transport boxes. Only days before, each quarter of the detector had been delicately readied for its journey, which included labeling them with their affectionately selected aliases: Calabrese, Capricciosa, Diavola, and Margherita. The detector slowly made its way along the base of the Jura mountains until reaching the CMS site. The transport boxes containing the BRIL subsystems are relatively small, which allowed them to ride down in the elevator to the ground floor, 97m underground, to the CMS experimental cavern where they were subsequently craned up to the bulkhead platform. 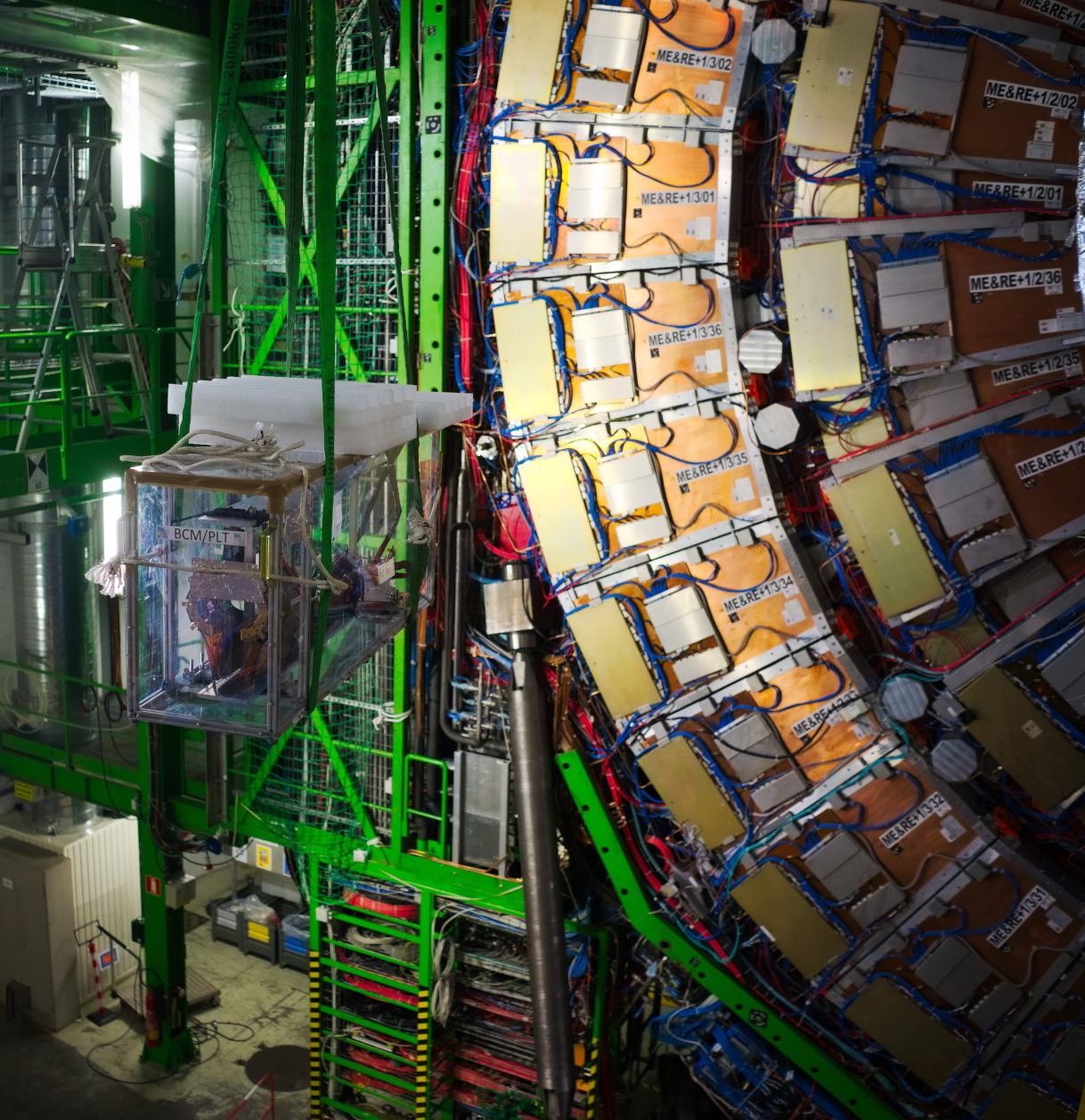 +Z side of the BRIL subsystems being craned onto the bulkhead platform. Credits: A.G. Delannoy

Once in their final position, the BRIL detectors lay at the heart of the CMS detector, ~1.8 m from the interaction point, just outside the forward pixel tracking detector. The carbon-fiber structure that supports each detector quadrant has small wheels that guide it along purposely designed rails into its final location. After physically installing each of the detector quadrants, the cooling circuit, which provides active coolant to the PLT and BCM1F detectors, had to be tightly sealed using specialized metal o-rings. 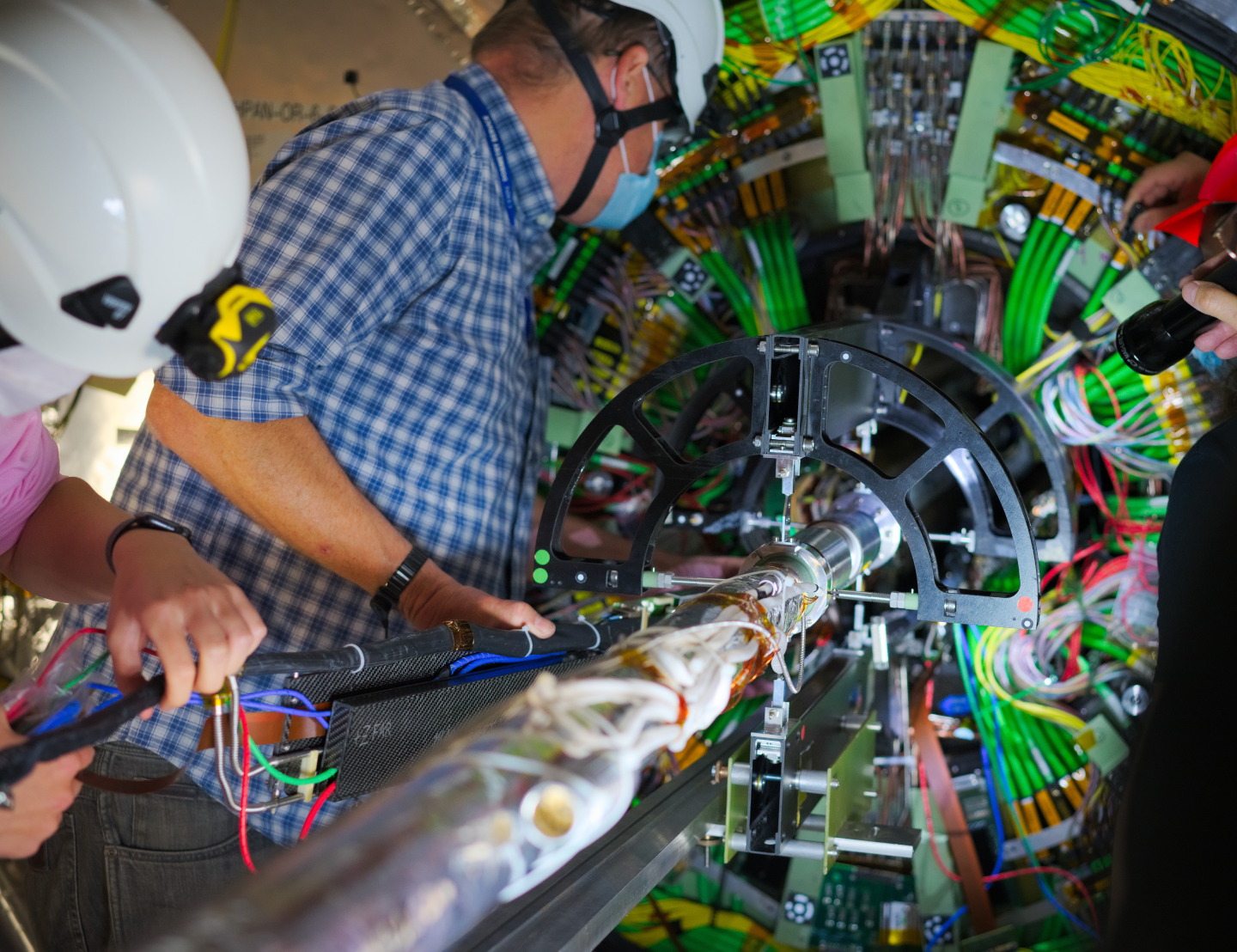 One of the most significant design changes has been the implementation of a new active cooling circuit for BCM1F, which is essential for a silicon-based detector. The PLT cooling loop has been modified to include an extension for BCM1F. The design of the BCM1F cooling circuit follows the approach implemented for the PLT during Run 2: the cooling structure is fabricated by 3D printing a titanium alloy using the selective laser melting technique.

Furthermore, the silicon sensors used for BCM1F were sourced from a batch currently being developed for the CMS Phase II upgrade for the High-Luminosity LHC. The same is the case for three of the sensors used in one of the PLT channels. “This is the first time that these prototype Phase II silicon pixel sensors will be installed in CMS, so the whole community is eager to see how this material behaves,” says Anne Dabrowski, CMS BRIL project manager. 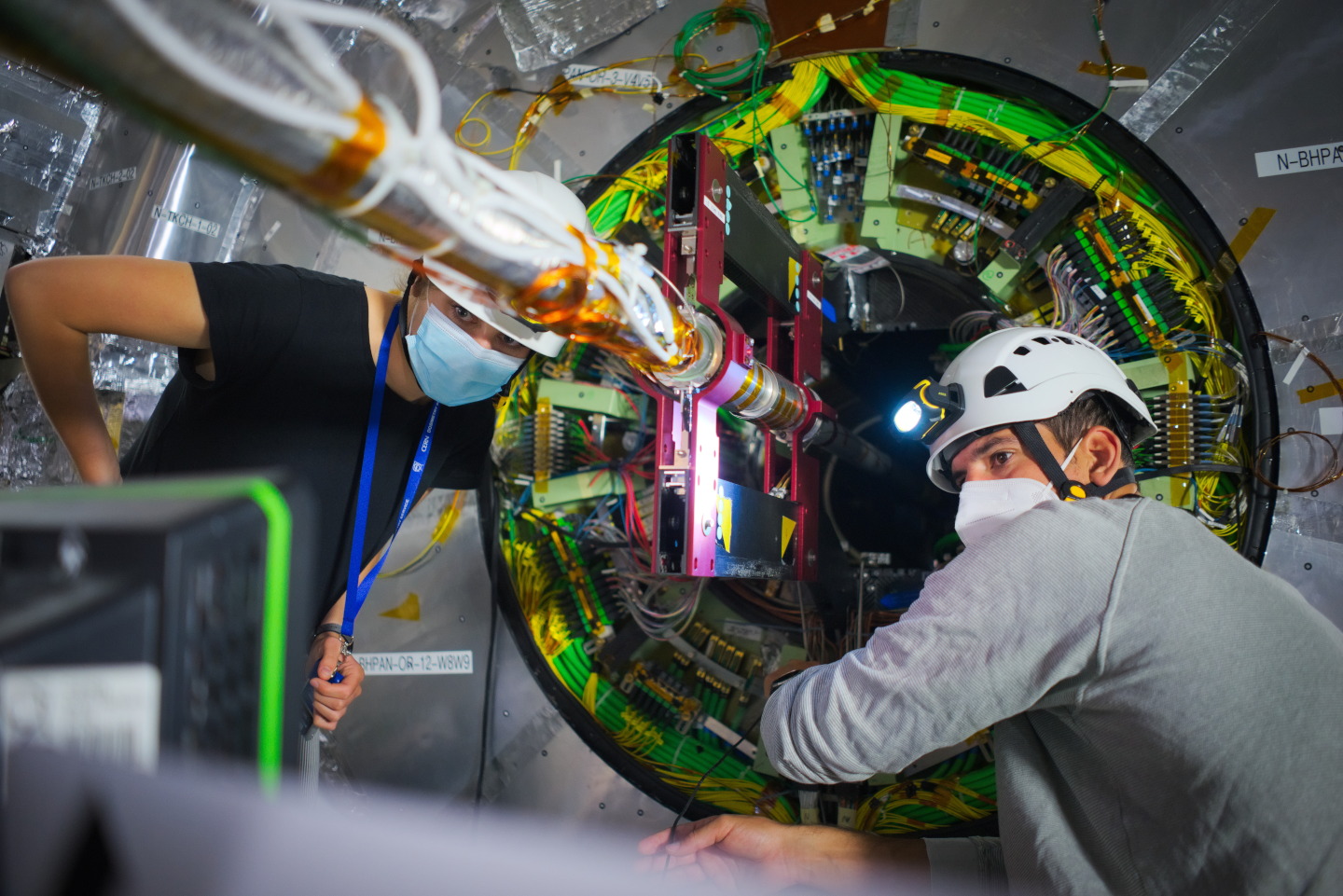