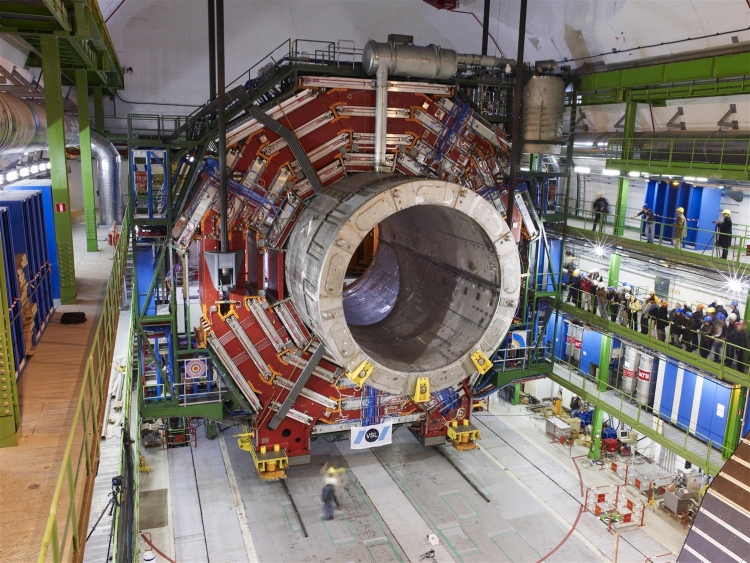 The CMS central slice including the magnet cylinder when it was lowered 100m underground into the CMS experimental cavern in 2007. Credits: CERN

Running toward the start of Run3 at the Large Hadron Collider (LHC), the CMS experiment completed one of its last and crucial steps: the big solenoid magnet has been powered on to reach the nominal magnetic field of 3.8T on March 4th 2022.

Hidden inside the CMS detector, the solenoid magnet looks like a cylinder with a diameter of 6 metres and a length of 12.5 metres that weighs 220-tons. Internally it is actually made of about 50 km of very thin superconducting cable inside an aluminium sheath, rolled up in a giant coil that produces a uniform magnetic field when electricity flows through it. It is cooled down to a temperature of -269°C (4 Kelvin) so as to be superconducting, providing a magnetic field up to 4 Tesla.

Since it was turned off at the beginning of Long Shutdown 2 (LS2), the CMS magnet went through major interventions and some repairs to assure its maximum efficiency for the long term future. The control and the safety systems were rebuilt and part of the electronics was completely renewed.

At the same time an unexpected water leak in a diffusion pump was successfully repaired. To succeed in this delicate operation the CMS magnet had to be warmed-up to room temperature, an operation that took 40 days itself. The damage to the vacuum pumping system of the magnet cryostat was then promptly repaired with the replacement of the diffusion pumps, the cleaning of the vacuum pumping circuit and the modification of the pumping circuit layout with new valves and flanges allowing the connection of back-up vacuum pumps if needed. 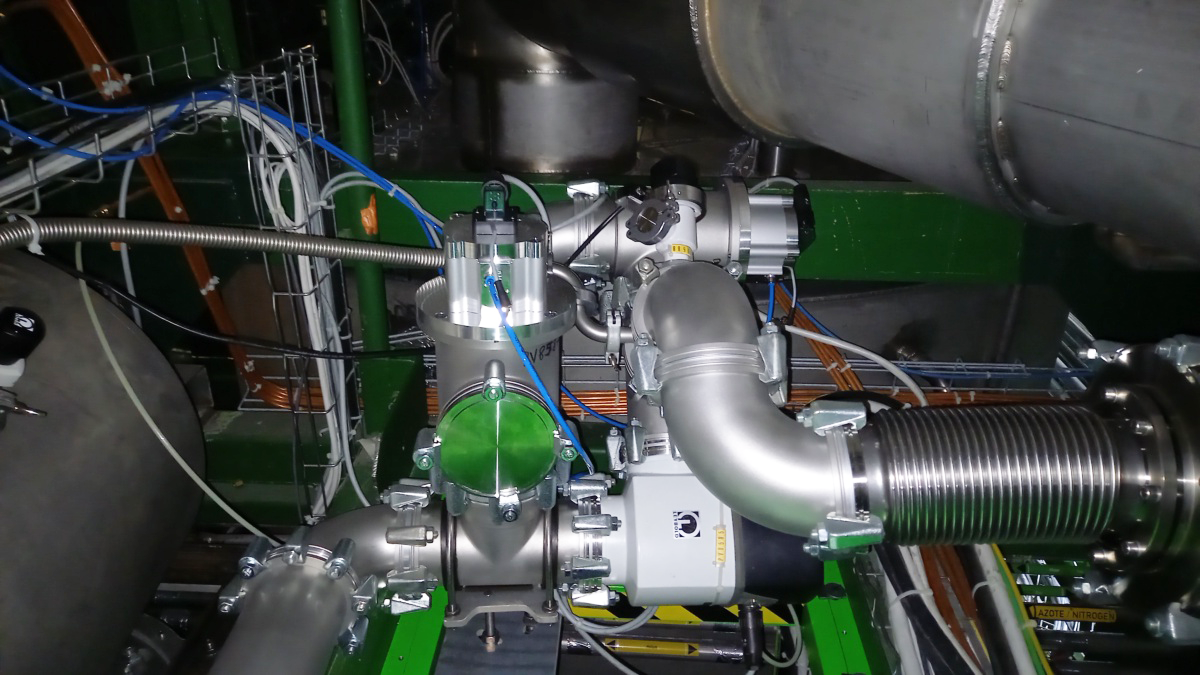 Previously, in the eventuality of a short cut down of the power supply, the magnet needed hours to return back to full field, losing valuable time for detecting particle collisions happening inside the LHC. Thanks to these upgrades it will be only a matter of minutes saving important time for physics.

Furthermore, each ON/OFF cycle of the magnet inevitably gives some mechanical stresses to the aluminium coils of which the CMS magnet is made. The introduction of this new powering system reduces the number of cycles caused by unexpected accidents, limiting the risk of degradation and extending at the same time the magnet life time.

Last October the CMS magnet was turned on for a couple of weeks on occasion of the CERN pilot beams. It was a great achievement and a big opportunity to test all the CMS sub-detectors in a semi-real condition after years of LS2.

Recently, once the closure of the CMS detector was completed, the magnet was commissioned again but this time ready to stay on for months.

Despite what it may seem, powering the CMS magnet on is not just like switching on the light. The standard procedure for the ramping up of the magnet lasts several days and it is marked by a series of tight tests and checks at increasing current before reaching the 18164 Amperes and the 3.8 Tesla of nominal magnetic field.

Now the CMS detector is just waiting to see new collisions happening at the LHC and the big solenoid magnet is ready to bend all charged-particle trajectories helping discover new physics.