The Forward Shielding upgrade: a real engineering challenge for CMS. 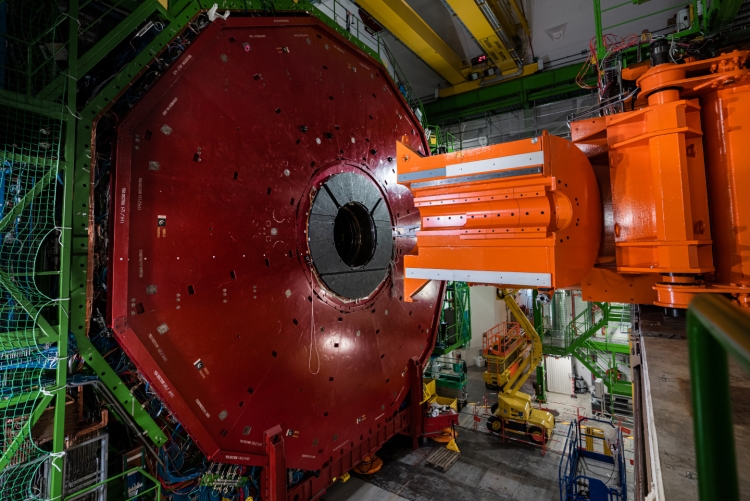 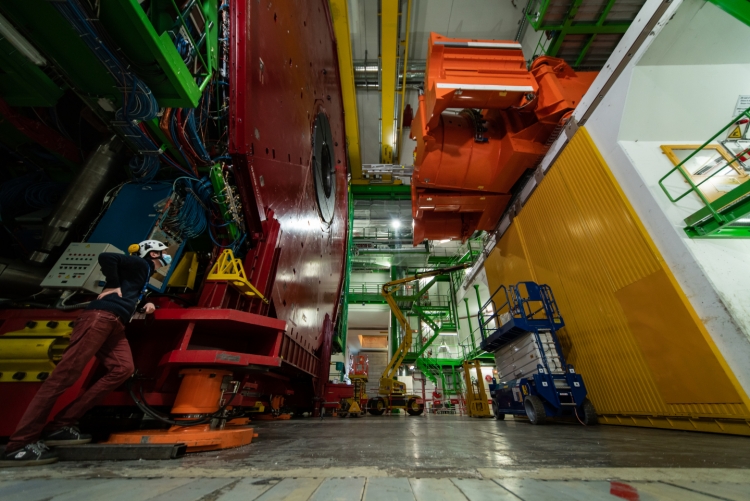 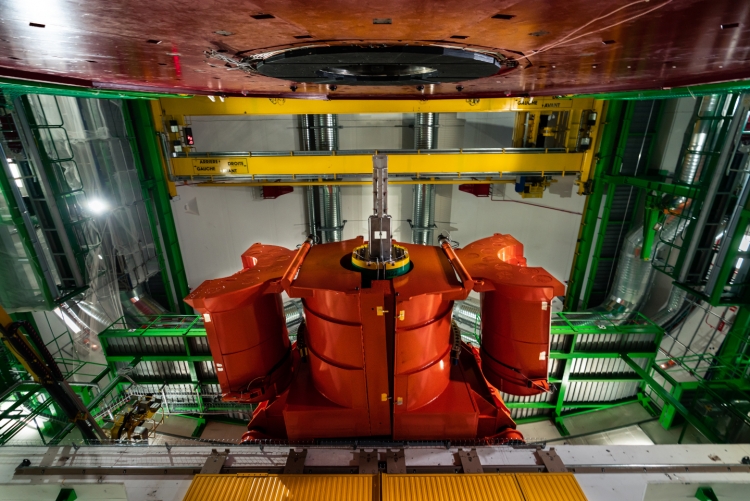 As for any other instrument, the CMS experiment needs a “quiet” environment to take data, with the lowest level of background noise. In the CMS detector, background noise is mainly due to energetic particles generated at high eta (i.e. close to the beam line) in the region between the Hadronic Forward calorimeter (HF) and the Target Absorber Secondaries (TAS). In the present CMS design, the Forward Shielding stops these particles, whilst allowing access to the beam-pipe components whenever needed for maintenance or repair activity. This important shielding is made of the called Fixed Iron Nose (FIN) and a double-hinged rotable element (the Rotating Shielding).

Data from CMS muon chambers show that there is still a significant amount of background noise present in the outermost layers of the detector (figure 1). Simulations, run by the Beam Radiation Instrumentation and Luminosity (BRIL) group, have clearly indicated that shielding materials would have to be added to the present shielding to suppress most of the existing background noise. Yet the mechanism of the Rotating Shielding has reached its loading maximum capacity and other integration aspects prevent any substantial improvement to the present Forward Shielding. In addition, from Run 4, when High Luminosity LHC will be in operation, the background noise will dramatically increase, if no action is taken.

Thus an upgrade study for the Forward Shielding has been launched within the Technical Coordination, with representatives from the Integration Office, the BRIL group and other experts. The task consists in designing a supplementary shielding structure, weighing between 250 and 300 tonnes, to be installed around the present Rotating Shielding and allowing for a quick removal from the experiment cavern. This is not an easy task as the maximum lifting capacity of the crane is 20 tonnes, therefore this needs to be considered in the design process. Any possibility to improve the present Rotating Shielding and FIN will be exploited, profiting also of the new layout of the beam-pipe for Phase 2. This latter task is now on-going at CMS, with the completion last week of the installation of the new support of the beam-pipe and its surrounding shielding elements, (figure 2). The FIN will be consolidated by redesigning the steel cap on top of the beam-pipe vacuum pump, one of the regions where background particles escape more easily. At the same time, the Integration Office is designing the Lego-like 300 ton structure of concrete blocks, sitting on top of a 7m tall metallic tower, that will constitute the new Forward Shielding. A first draft of the structure design has been recently released to BRIL to evaluate its efficiency and to give feed-back on possible local improvements, (figure 3).

Once the design has been validated, several other steps are necessary before the procurement, the load test on site and the final installation in the experiment cavern. In particular the assembly has to be validated by the CERN Safety group to check its conformity with respect to the relevant European norms, with particular regard to the seismic behaviour. Once in place, this new Forward Shielding will significantly reduce the background noise of the detector, without a significant time-penalty in terms of accessibility to the detector itself. 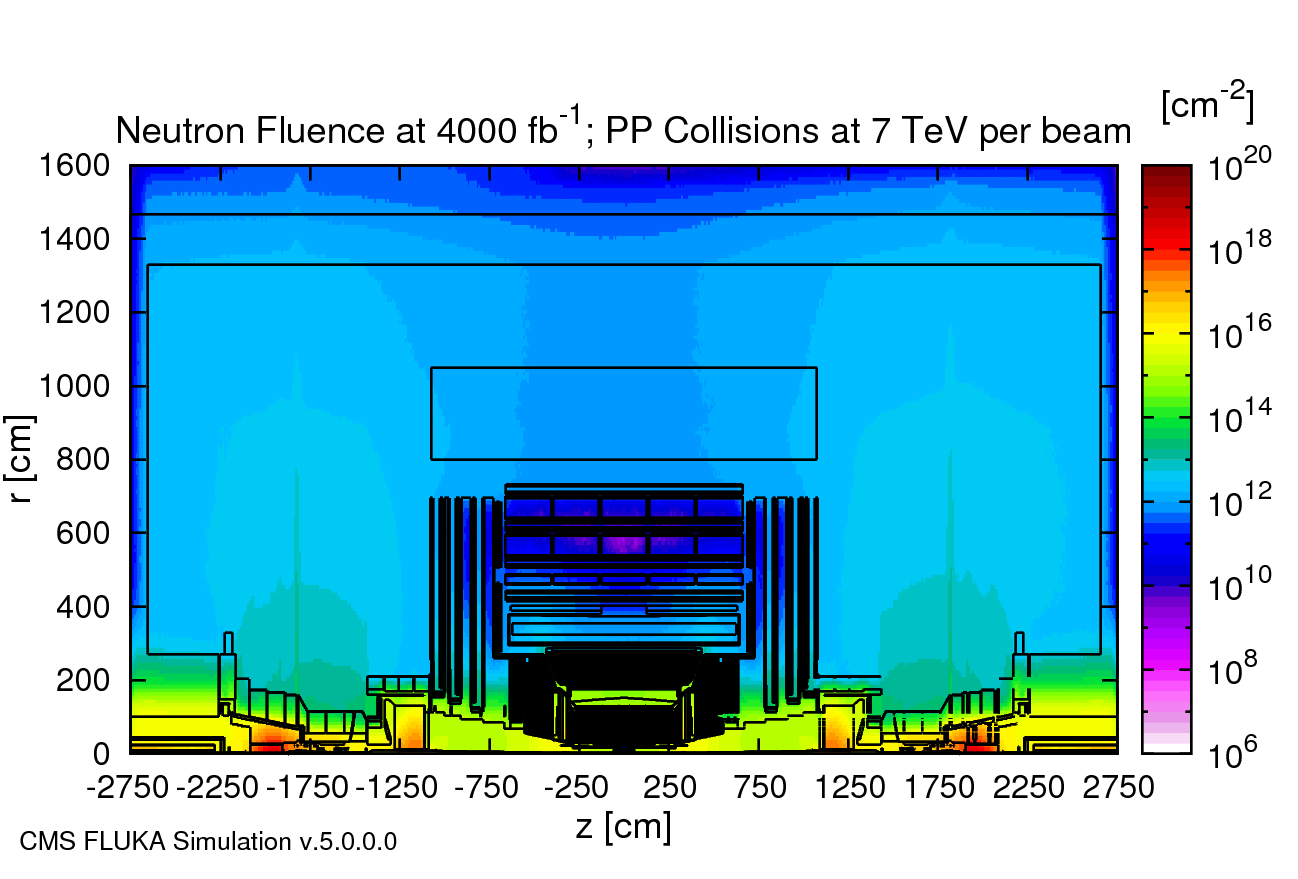 1. Neutron background simulation: The picture shows the expected pattern of neutron fluence over the CMS cavern and detectors without a shield upgrade in place. The prominent sources of the neutron background can be seen in red. The neutron fluence is typically high in regions where the particles from proton collisions shower on the heavy and narrowest beampipe elements. It is clear from the green blue patterns that  neutrons escape the existing Rotating Shielding in the region z ~2000cm from the Interaction Point ( at Z=0). courtesy BRIL Group (CERN). 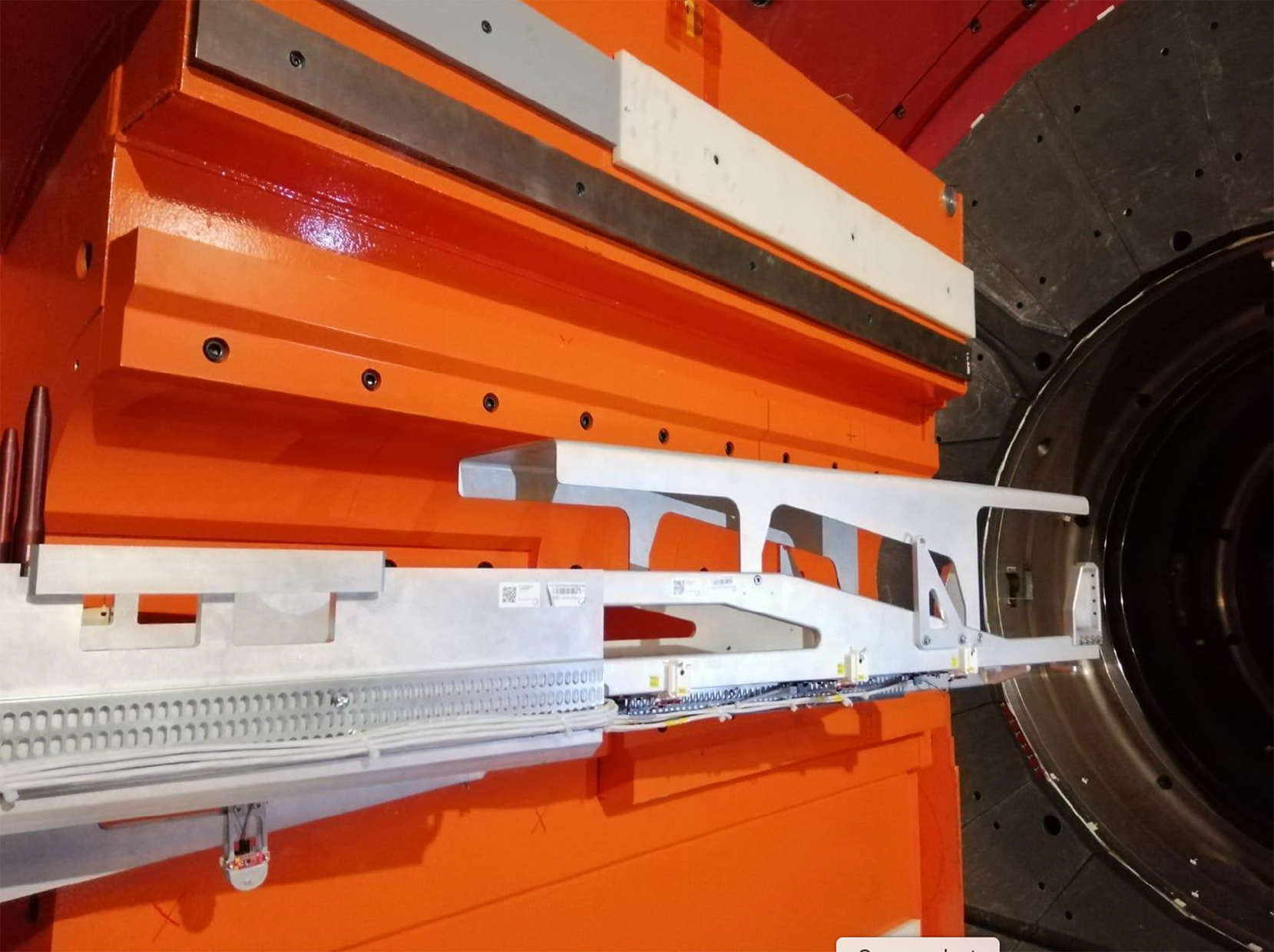 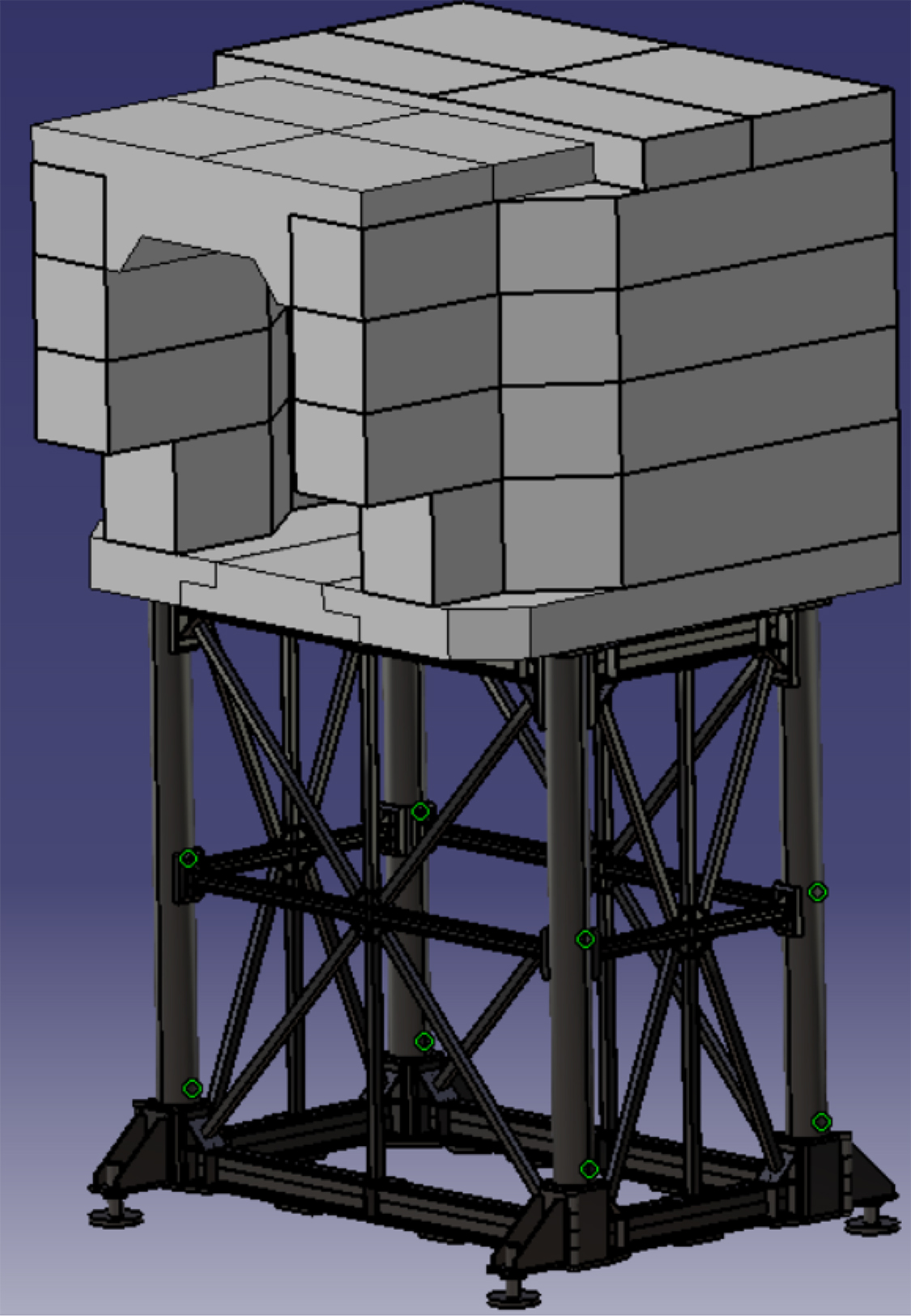