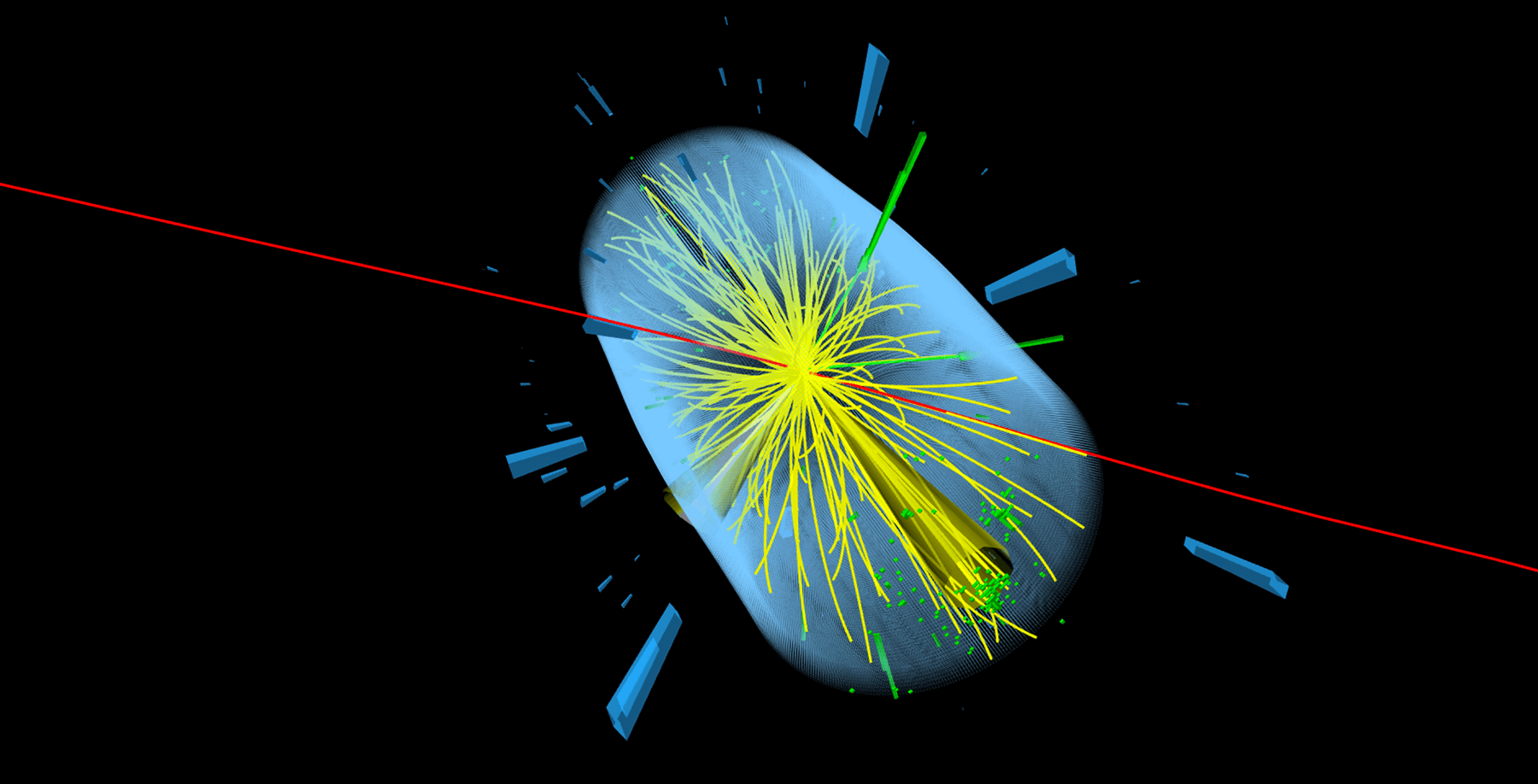 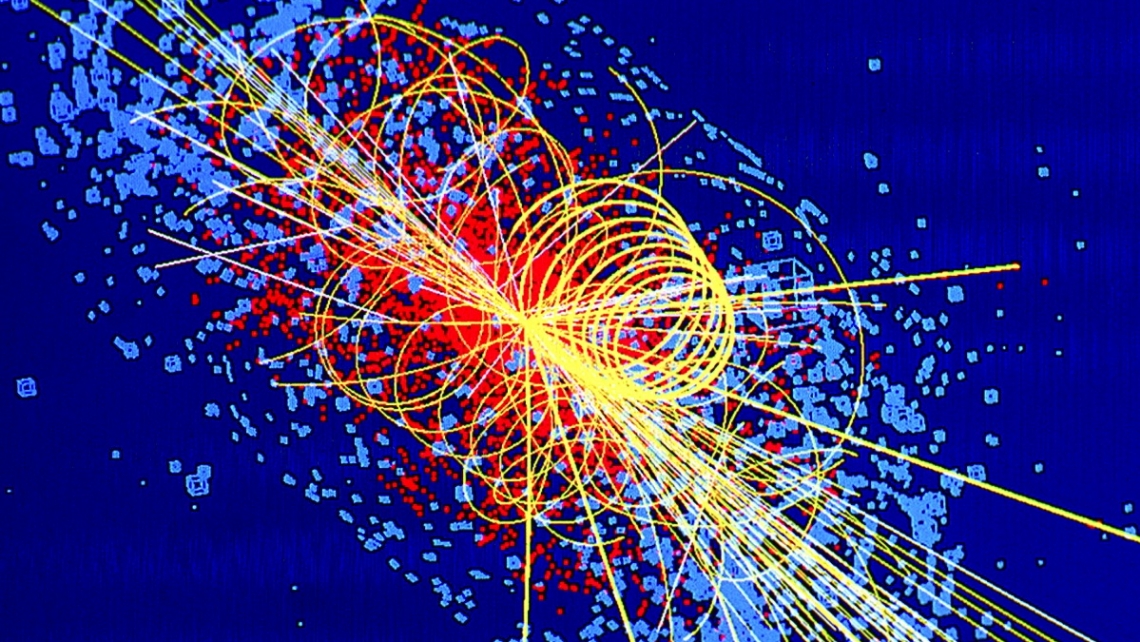 The need for the Higgs

Our Universe seems to be described by four fundamental forces: gravity, electromagnetism, the weak force (which regulates nuclear phenomena like fusion within stars), and the strong force (which keeps atomic nuclei together). From around the turn of the last century, physicists have tried to unify these forces under a single, overarching theory. A major breakthrough occurred five decades ago when physicists realized that there are very close ties between the weak and electromagnetic forces. These two forces can be described by a single theory: electricity, magnetism, light, and some types of radioactivity are all manifestations of a single underlying force called the electroweak force.

The theory of electroweak interactions and Quantum Chromodynamics (the theory of the strong force) form the basis of the Standard Model. The Standard Model successfully describes all of the elementary particles we know and how they interact with one another. But our understanding of Nature is incomplete. In particular, the Standard Model as originally conceived could not explain one basic observation: why most elementary particles have mass. The symmetry responsible for electroweak unification requires the force-carrying particles involved to have no mass. The photon, carrier of the electromagnetic force, is found to follow that precept; however, the W and Z bosons, carriers of the weak force, have a mass. The fact that the W and Z boson are massive breaks the fundamental electroweak symmetry. It also leads, without corrections, to nonsensical predictions – for example, interactions with probabilities greater than 100%.

Needing a way out of this problem, several physicists[1] proposed a mechanism to account for the broken symmetry. Once incorporated into the equations, this electroweak-symmetry breaking mechanism would allow particles to have mass. The mechanism also explains why the weak interactions appear weak at low energies; the force carriers are massive, and therefore the force is correspondingly short-ranged. The Brout-Englert-Higgs mechanism requires the existence of a new particle, which we now call the Higgs boson.

According to our current understanding, all particles were massless just after the Big Bang. As the Universe cooled and the temperature fell below a critical value, an invisible field called the ‘Higgs field’ was formed; this field prevails throughout the cosmos. Particles such as the W and Z bosons acquire mass through their interaction with this field – the more intensely they interact, the heavier they become. The existence of the Brout-Englert-Higgs field explains the difference between the massless photon and the massive W and Z boson as we observe in Nature today. Other force-carrying particles – the photon and the gluon – do not have an interaction with the Higgs field and remain massless. The Higgs boson is the quantum particle associated with the Higgs field, just as the photon is the quantum particle associated with the electromagnetic field. Since the field cannot be observed directly, the LHC experiments search for its manifestation, the particle. The discovery of   the particle proves the existence of the field.

The Higgs boson is the only fundamental particle predicted by the Standard Model that had not yet been seen by experiments when the LHC started. As for the other particles, the Standard Model does not predict the exact mass of the Higgs boson. Moreover,  the probability of producing a Higgs boson is very low, making the particle more difficult to pin down. We had to look for it by systematically searching over a very large range of possible mass values. Fortunately, depending on its mass, the Standard Model Higgs boson was expected to leave characteristic footprints. The CMS experiment was built as a general purpose detector also for this purpose: to be sensitive to any possible Higgs mass. So we knew what to look for and starting from the measured particles in the detector, estimate its mass. If it turned out that we could not find it, this would have left the field wide open for physicists to develop a completely new theory to explain the origin of particle mass. The Higgs boson was at the top of physicists’ most-wanted list for more than four decades. However, in its most basic form, incorporating the Higgs field into the Standard Model is not completely satisfying. It does the job of explaining how the symmetry between electromagnetic and weak force-carriers is broken and it accounts for how force-carriers acquire their mass; but it does not predict or explain the degree of interaction with the field and hence the relative masses of these particles. Moreover, it does not explain why symmetry is broken in this way, nor does it predict the pattern of masses of quarks and leptons.

Other bosons – Looking beyond the Standard Model

We might find that the Higgs boson is different from the simplest version the Standard Model predicts. Many theories that describe physics beyond the Standard Model, such as Supersymmetry and compositeness models, suggest the existence of a zoo of new particles, including different kinds of Higgs bosons. CMS is a general-purpose detector. This means that not only is it designed with particular hypotheses in mind, but also with the aim to study whatever happens when particles collide at high energies, even if the results are like nothing we expect. If unexpected phenomena do occur, we are looking for them. It seems we are looking at just the visible tip of an iceberg – hidden below the Standard Model must be a deeper, more fundamental theory that gives reason to what we see on the surface.